Liverpool have so far had a season to forget, with their Premier League title defence collapsing amid injuries to key players and unprecedented results at Anfield.

Liverpool travel to Arsenal on Sky Sports on Saturday needing a victory to boost their hopes of closing the gap on the top four, before facing Real Madrid in the first leg of their Champions League quarter-final.

Speaking on the Pitch to Post Preview Podcast, Redknapp explained why – despite their struggles this season – Liverpool supporters can still be optimistic of an exciting finish to 2020/21…

‘A massive week for Liverpool’

“It’s been a really tough season for them – but it can be a season that ends in glory.

“They have a fantastic opportunity to not just win a trophy but also get in the top four. They are still in a great position in the Champions League, where they’re playing against a Real Madrid team that aren’t the same that they were years ago. There’s so much to play for there.

“But right now for Jurgen Klopp he’ll be thinking ‘take each game as it comes’. I know it sounds like an old cliché in football but it’s the best way for them to go about it. If they can get a good result against Arsenal on Saturday it puts a little bit of pressure on Leicester, Tottenham, Manchester United, that they think ‘we can still catch them’. There’s so much to play for in this period for them. 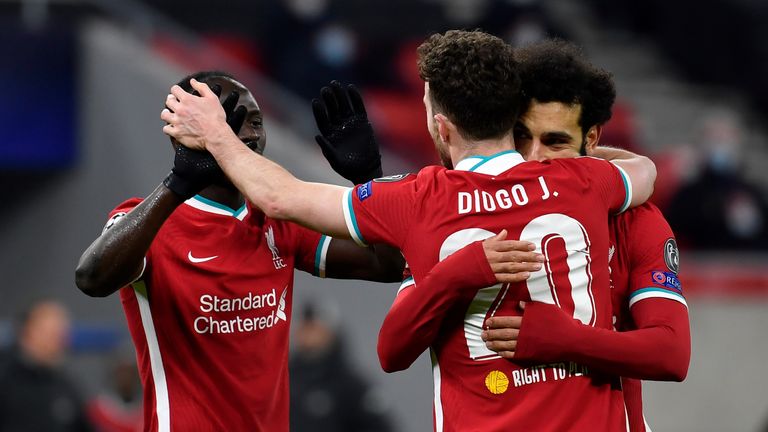 “Chelsea are looking like a team in a good run of form but we know how quickly that can change. We saw Frank Lampard was on a great 17-game run and all of a sudden that changed. It only takes a little bit of confidence to go, and Liverpool might think they can still get that top-four place. It’s not out of the question for them.

“They wouldn’t be my favourites right now because of the injuries they’ve had but they’ve certainly got a chance because teams are going to start to get a bit edgy because they know what’s at stake.

“They can attack these last few weeks of the season and try to salvage something out of it, and to an extent that is the case for Liverpool. Yes, a lot of the players haven’t played to their potential, but they’ve had an awful lot go against them, that’s not making excuses. It’s been hard for them.

“There is still so much to look forward to. They’ve got pedigree in the Champions League, as we all know. They will believe, if they can get through this game against Real Madrid, they’ve got a decent draw in the next one (against Porto or Chelsea) and they’ve missed the likes of Paris Saint-Germain, Bayern Munich, and Man City.

“They will believe they can end up the season with a trophy and a top four place, it would still end up being a great season for them.”

Pitch to Post Preview: Jamie Redknapp on Arsenal v Liverpool; Plus how do Man City replace Aguero? And crunch time for Newcastle

In this week’s Pitch to Post Preview Podcast Sky Sports pundit Jamie Redknapp joins Peter Smith to look ahead to Saturday’s big clash between Arsenal and Liverpool. Could Jurgen Klopp’s side turn a frustrating season into a glorious one with a late top-four push and Champions League charge? Redknapp assesses their chances – and explains where they will have to strengthen in this summer’s transfer window.

We also hear from Sky Sports News’ Man City reporter Ben Ransom on life after Sergio Aguero at the Etihad Stadium and who Pep Guardiola and his recruitment team will target to replace the iconic Argentina ace.

Plus Sky Sports features writer Adam Bate examines Newcastle’s clash with Tottenham – two teams with lots still to play for during this run-in, and two managers who need a strong finish to the campaign.