The scenes in the away end told the story. As Jurgen Klopp reached his 200th win as Liverpool manager, there could have been no better place to celebrate the landmark. Those kept behind in the corner of Old Trafford have been treated to some enthralling nights under the German, on the way to Champions League finals and Liverpool’s long-awaited Premier League triumph, but this, a biggest-ever victory at Manchester United, was right up there.

After Liverpool hit five and Klopp punched the air three times, the booming cheers that followed could be seen as a rallying cry. Amongst the prevailing sense of crisis at Old Trafford and the end-of-days feel to United’s lowest moment under Ole Gunnar Solskjaer, Liverpool were emanating the confidence and swagger of a side who believe that there is another league title to be won.

From Klopp, to the players, to the traveling fans, everyone in that moment was on the same page, united by the desire to further enhance what has already been achieved. On the pitch, no one is leading Liverpool’s charge more than Mohamed Salah, whose form has elevated to the other-worldly. “We won the league two years ago, we know what it takes,” said Salah, after becoming the first visiting player in Premier League history to score a hat-trick at Old Trafford. “One game at a time…”

Even then, as Liverpool ended their 30-year wait for the title two seasons ago, a victory at Old Trafford under Klopp had evaded them. Adam Lallana’s late equaliser in 2019 may have felt like a winner, but there was also frustration and a sense of a missed opportunity that day. Liverpool had paid the price for dropping points at United in the run-in of the previous campaign following a 0-0 draw, a result which proved damaging as Manchester City beat the Reds to the title.

Klopp may have secured his first win at Old Trafford back in May when the Reds ran out 4-2 winners in the closing stages of their doomed title defence, but with the rivalry being played out behind closed doors and Liverpool out to win to boost their top-four hopes after arriving with title ambitions in the previous two seasons, it was a result that paled in significance to Sunday’s historic performance. 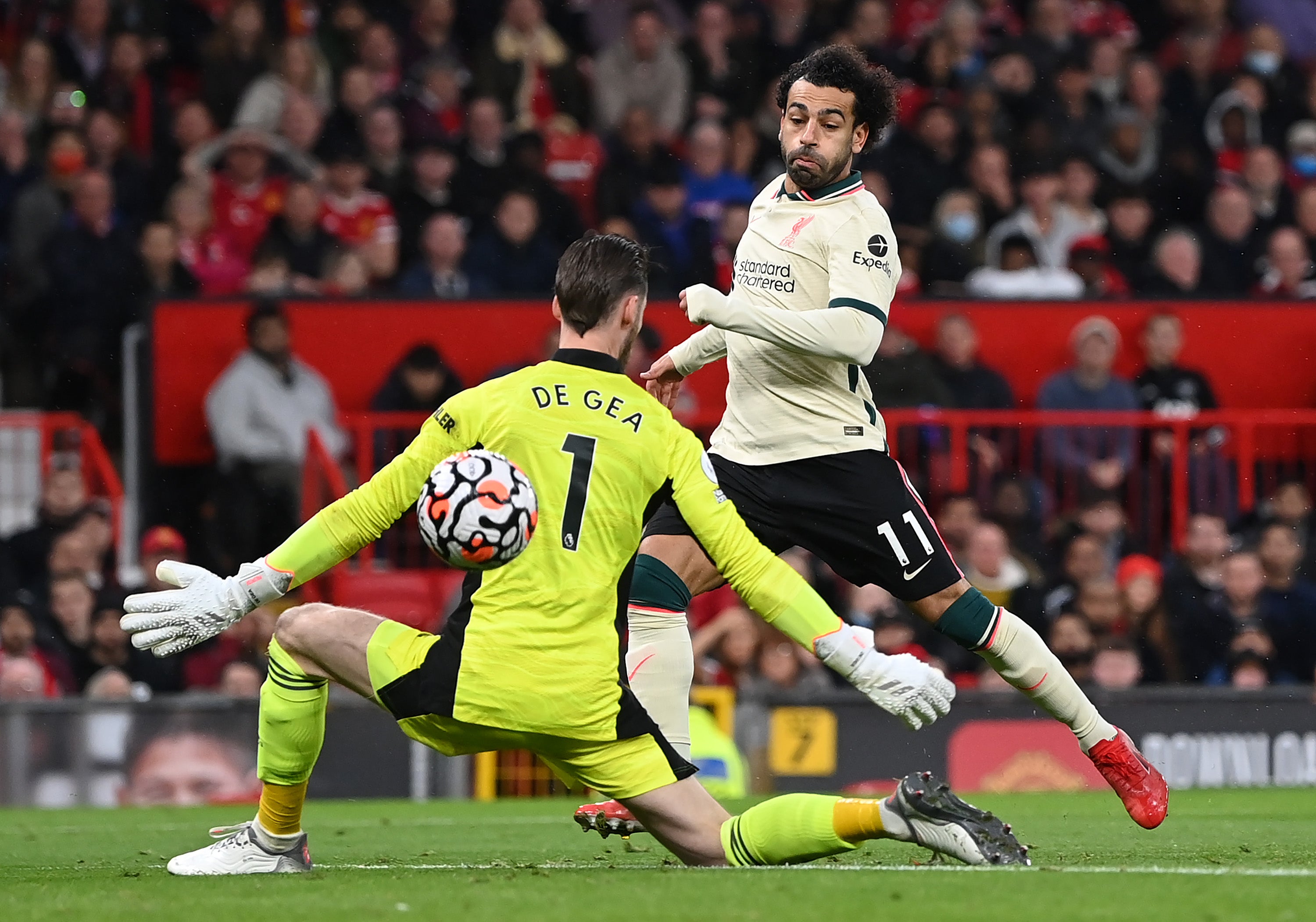 Before then, a Europa League round-of-16 victory over Louis van Gaal’s United in Klopp’s first season was the last time those travelling supporters had experienced such an outpouring of emotion at Old Trafford, in what was one of the early markers in Klopp’s reign.

In itself, as criticism of United continues to pour in from all corners, that has been one of the key differences between the two rivals since Klopp’s arrival in England. United, like Liverpool, will always retain the capacity for memorable nights, and have enjoyed plenty of their own under Solskjaer. Even this season, even this month, the victories over Villarreal and Atalanta featured that priceless, dream-like sensation to them.

But as has been highlighted on numerous occasions, there is no direction and no real progress. While United continue to flounder, Liverpool’s greatest nights under Klopp have not only carried the most vivid of emotions, but they have also represented significant and recognisable steps along their journey.

Now at 200 wins, such a time could be seen as a time for reflection on what has come before, but Liverpool would not be true to themselves or to their time under Klopp if their dismantling of United did not also represent another momentous step in what they are trying to achieve. Last season’s blip is already well behind them and their eyes are fixed solely on the future. The journey continues, and Liverpool are not done yet.