Hugo Lloris hailed Tottenham’s spirit and character as they fought back from behind to win in Marseille and reach the last 16 of the Champions League.

Spurs, with manager Antonio Conte confined to the stands as he served a ban, were losing at half-time but equalised early in the second half when Clement Lenglet headed in his first goal for the club.

A point was enough to qualify but Pierre-Emile Hojbjerg’s winner with the last kick of the game at the Stade Velodrome sent Conte’s team to the top of Group D. 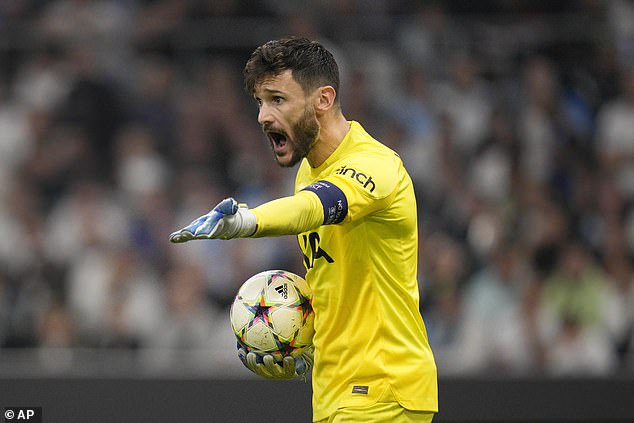 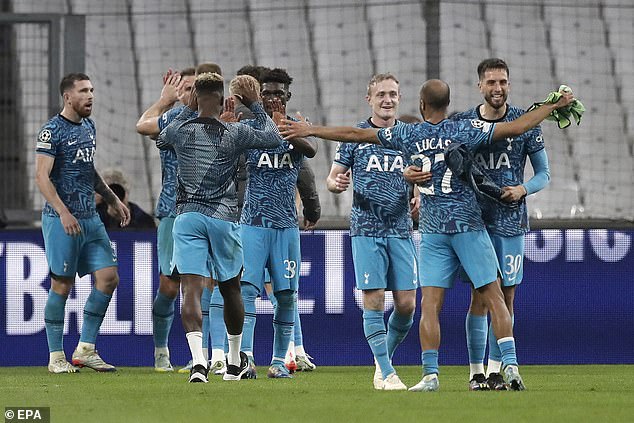 They are seeded in Monday’s draw and will play the second leg of the last-16 tie at home.

‘It was a tough night and a great battle,’ said Spurs captain Lloris. ‘I think it was even more a psychological battle because we could feel there was a team playing without the fear to lose, it was Marseille.

‘We expected that type of game. We know the Velodrome is a very difficult place to deal with, and I think we showed great personality in the second half.

‘It is a great result without a coach. It was probably even more difficult for him in the crowd.’ 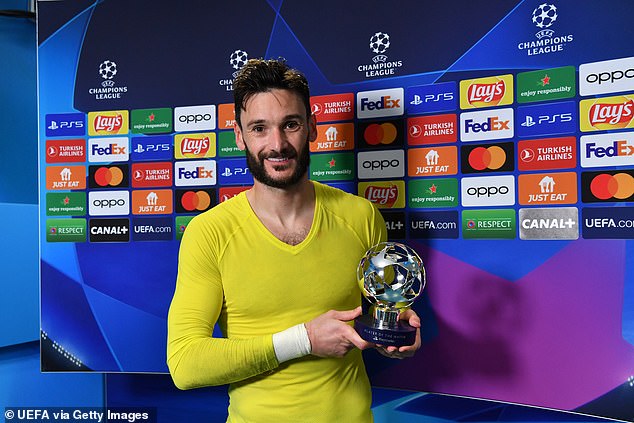 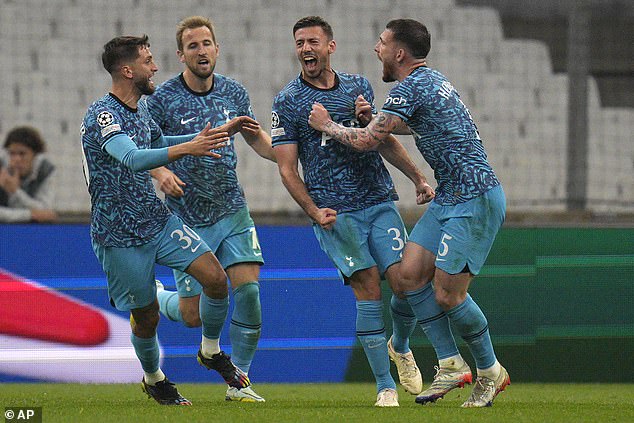 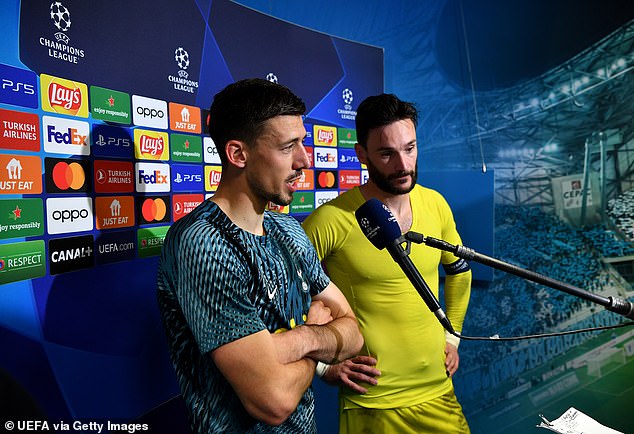 Tottenham, who lost Son Heung-min injured in the first half, made another change at the interval, sending on Emerson Royal for Ryan Sessegnon.

Lloris, thrilled for his great friend Lenglet, added. ‘Clement scored a very important goal in France in front of the French people, it’s important and he helped the team to get back on track and then the second goal from Pierre is just so important to confirm the first spot in the group.’

Assistant manager Cristian Stellini, standing in for Conte, said: ‘It was very difficult in the first half but we didn’t lose our minds. We stayed in the match. It was a terrible goal we conceded. We were not prepared and this is an important lesson for the future. 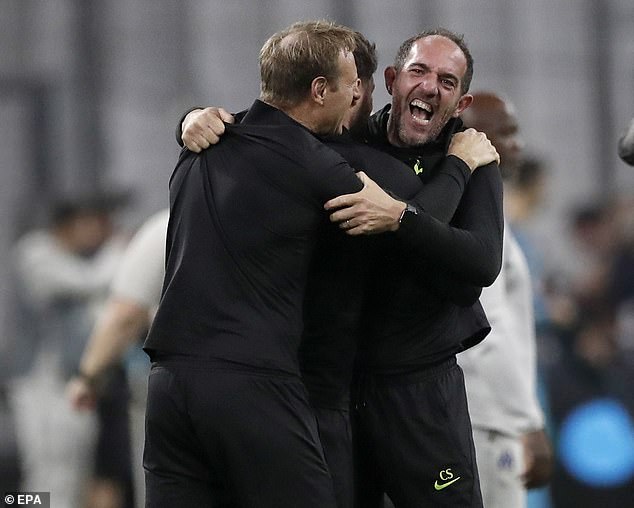 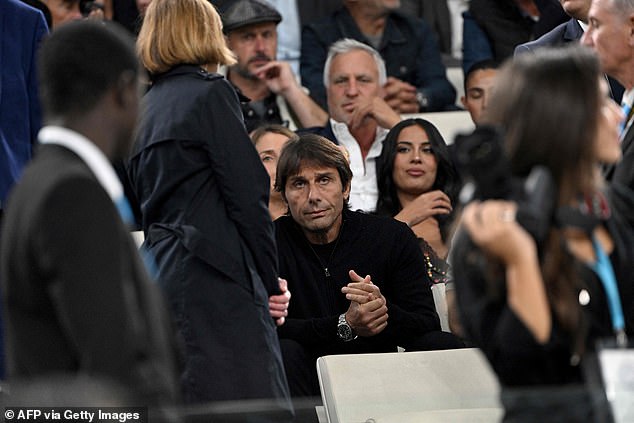 ‘In the second half something changed. We spoke a lot in the dressing room about the energy we needed to press and control the game. We played a fantastic second half.

‘We know very well in this type of stadium, a knock out match is not easy because the stadium was very hot in the first half.

‘I spoke to Antonio. He was very tired. For him to be in the crowd is not usual.’

Match winner Hojbjerg also collected a yellow card in the final seconds which will rule him out of the first leg of the last-16 tie.