England star Lucy Bronze will leave Manchester City when her contract expires this summer as the exodus from the Women’s Super League club continues.

City have already seen Bronze’s England team-mate Georgia Stanway depart for Bayern Munich while Caroline Weir is set to sign for Real Madrid after the club confirmed she would not sign a new deal.

Losing Bronze, who was named FIFA Best Women’s Player of the Year 2020, is a huge blow for City’s hopes of challenging Chelsea and Arsenal next season. 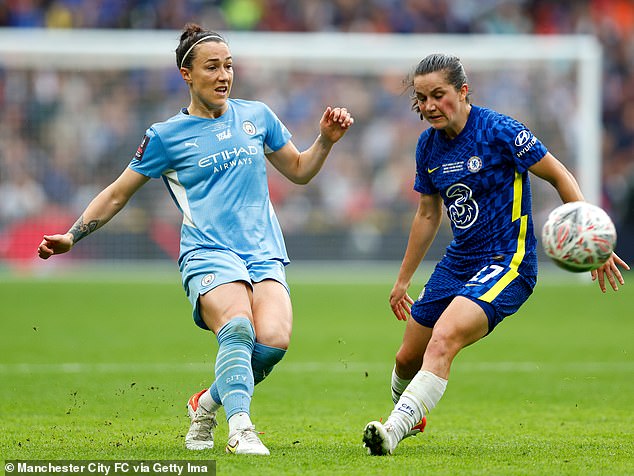 The right back has been linked with a move to the United States’ NWSL but may wait until the end of this summer’s Euros to make a decision on her long-term future.

Bronze re-joined City in 2020 after previously leaving the club in 2017 for French champions Lyon, where she won the Champions League three times. 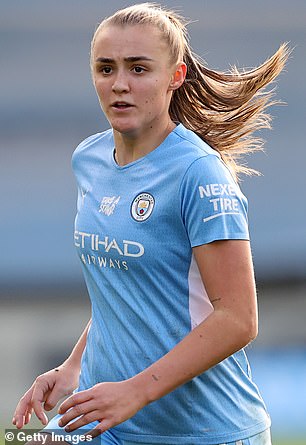 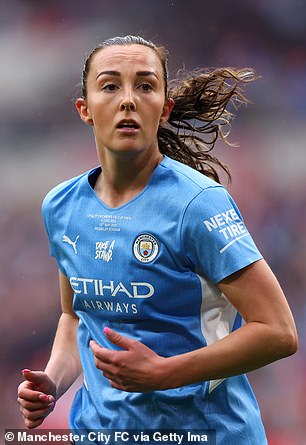 City did manage to tie down England internationals Lauren Hemp and Chloe Kelly to new contracts earlier this season, but the loss of Bronze, Stanway and Weir will leave big holes to fill in the transfer window.

After City’s FA Cup final defeat by Chelsea earlier this month, boss Gareth Taylor admitted some of his out-of-contract players may have ambitions to play elsewhere. 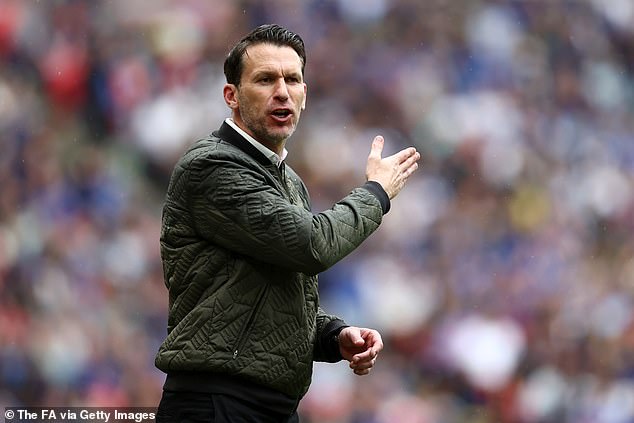 ‘If we can limit some of that, we’d be in a much better place – you normally see that teams that operate and function at a decent level are the ones that have less ‘surgery’ in the summer.

‘But at the end of the day, the game is the game and players have their ambitions or their lifestyle which may come into it. For us, we’re very at the front of trying to secure these players. Players go, players come, it’s as simple as that.

‘We want players who want to be here, that’s the main thing.’