Luka Modric has defended Gareth Bale’s seven-year spell at Real Madrid and insisted he should be remembered for his “extraordinary” influence at the club.

Bale has returned to Tottenham on a season-long loan from Real, ending – for now – speculation regarding the 31-year-old’s future after a turbulent few years in the Spanish capital.

The forward fell out of favour with head coach Zinedine Zidane, and was close to joining Chinese side Jiangsu Suning last summer before enduring his poorest season at Real in terms of minutes played in 2019-20.

“I have spent a lot of time with Gareth, almost all of my professional career: four years at Tottenham and seven years here. What I can say about Gareth is that he’s an amazing guy,” Modric, who joined Real from Spurs a year earlier than Bale in 2012, told COPE. 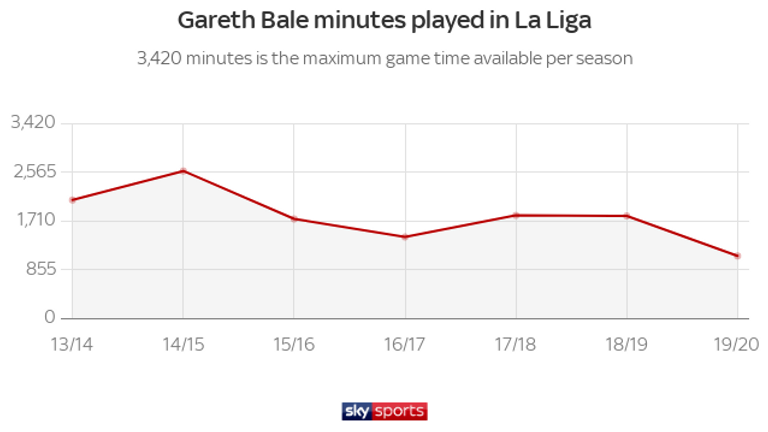 “He’s a little bit shy, his personality is very similar to mine. What has been said about him lately is not fair, maybe he’s judged for the last few years, but what he did in Madrid is extraordinary.

“For me he’s always going to be remembered as a player who did a lot for this team, for this club. A lot of things have been said, but Gareth never had any issue with anyone in the dressing room, he’s a wonderful guy.

“He spoke Spanish, for example, he did not give any interviews, but in the dressing room he would joke a little bit and he talked with us, and everybody was really happy with him really. But for sure, in the last few years a few things came up and maybe they forgot what he’s done for this club. But in a few years’ time he will be remembered as an incredible player, an important player for Real Madrid.

“Everybody has his own behaviour, and does things their own way. Gareth was like that, he would not really connect with the rest of us but I’m telling you, it was really good to have him in the changing room and I’m very sorry that everything he’s done has been forgotten in the past year.”

Bale joined Madrid from Spurs in what was a world-record £86m transfer back in 2013, and he went on to score a stunning winner against Barcelona in the Copa del Rey final a year later.

A month later in 2014 Bale scored in the 4-1 Champions League final win over Atletico Madrid, their first European triumph in 12 years.

On top of two league titles, Bale added three more Champions League medals to his collection, the last of which saw him score twice – including a stunning overhead kick – when coming off the bench in Real’s 3-1 win over Liverpool.

Could Bale stay at Spurs?

Asked if Bale could stay at Spurs beyond his one-season loan, Barnett told talkSPORT: “Yeah, there are lots of opportunities; it’s up to him.

“The most important thing is for him to enjoy his football and that he’s playing well. As long as that’s happening, it’ll all be fine.

“He’s a mature man now and he knows what he wants out of life.

“He’s probably the most successful footballer Britain has ever produced, and there’s lots of things he still wants to do with his life, so we’ll have to wait and see.”