Luke Shaw will step out at the Gdansk Stadium on Wednesday night happy to be playing in a cup final at last and grateful that he ignored advice to quit Manchester United.

Shaw has missed four finals since arriving at Old Trafford seven years ago, twice through injury and on two more occasions because he fell out of favour under Jose Mourinho. It was during those dark times with Mourinho that Shaw could have left were it not for the support of his family and partner Anouska, mother to his baby son Reign.

The decision to stay has paid off with Shaw enjoying his best season at United. The 25-year-old defender was voted Player of the Year and will be named in England’s squad for Euro 2020 on Tuesday after earning an international recall. 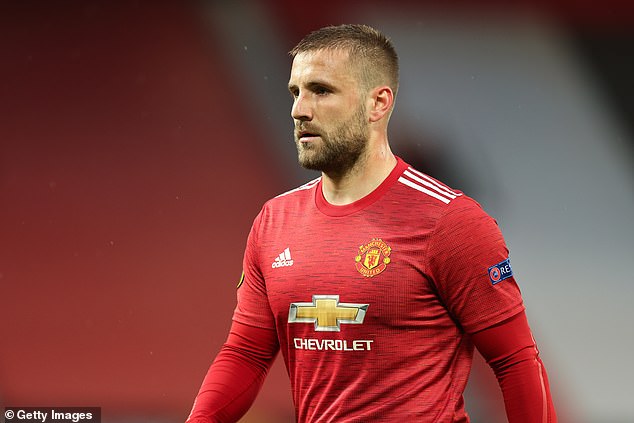 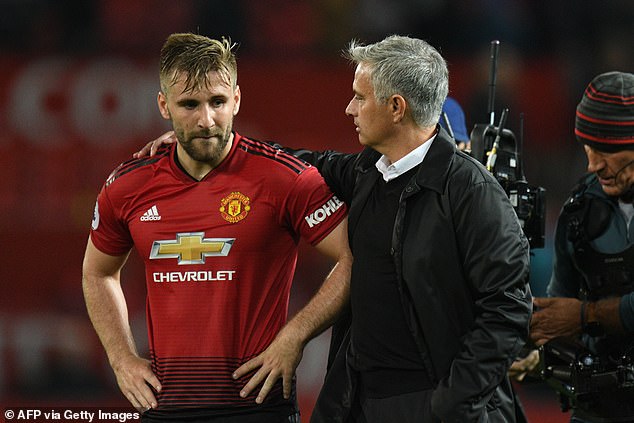 ‘I always believed I would be able to do it,’ Shaw said. ‘When I was going through the bad times and wasn’t playing, people were telling me to go play somewhere else.

‘No-one wants to leave the biggest club in the world. I believe there was a reason why I was brought here and I didn’t want to leave and not show what I can do.

‘I dug deep and I didn’t let anyone affect me. Now I’m on a much better path. The stuff I’ve gone through, if I didn’t have the support I would have struggled even more. My mum and dad, especially, and Anouska have known about my struggles and they’ve been so supportive. 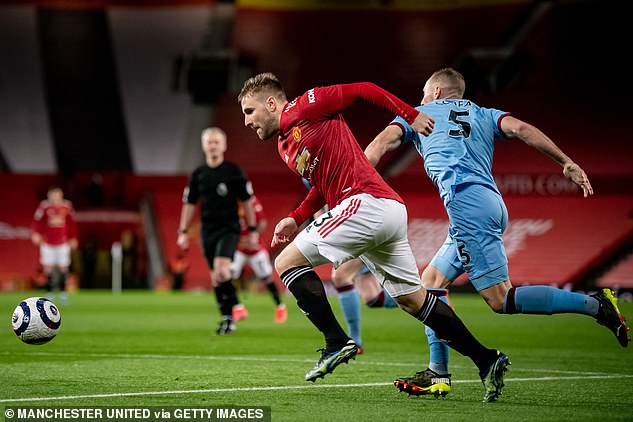 Shaw, who has been one of United’s top performers this term, feels he was right to ignore advice to leave Old Trafford 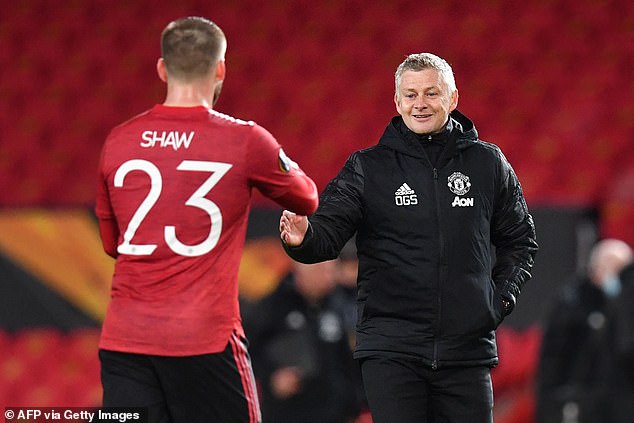 ‘I had a conversation with my girlfriend before the start of the season about what my aims were. She’s pushed me and kept me on a straight path. Her and the little one have helped me outside of football and it’s nice to know you’re going back to a loving home. You grow up much more when you’ve had a kid.’

Shaw, who was one of four United players on crutches when Mourinho’s side won the Europa League in 2017, is hoping to make up for his cup final disappointments. ‘It’s different when you don’t play,’ he added.

‘Big games are big opportunities to show yourself and I feel like I missed out on them. Hopefully this time I can be involved in the final and win it.’