James Maddison missed training for the second consecutive day here at the Al Wakrah Sports Complex to leave his availability for the clash against Iran under a cloud.

The Leicester midfielder missed Thursday’s session, with England saying his omission was down to management of his training load.

But Maddison skipped training again today to raise further doubt over his role in Monday’s opener against Iran. 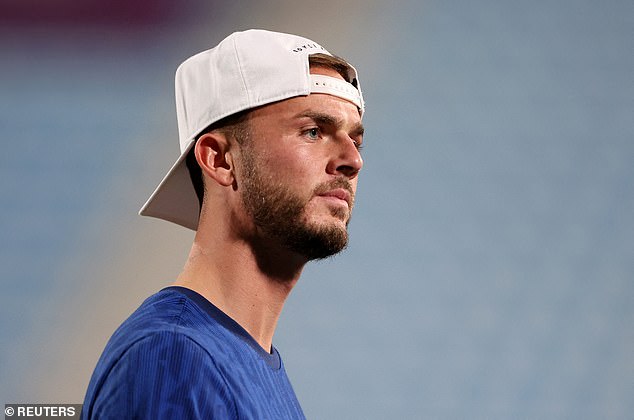 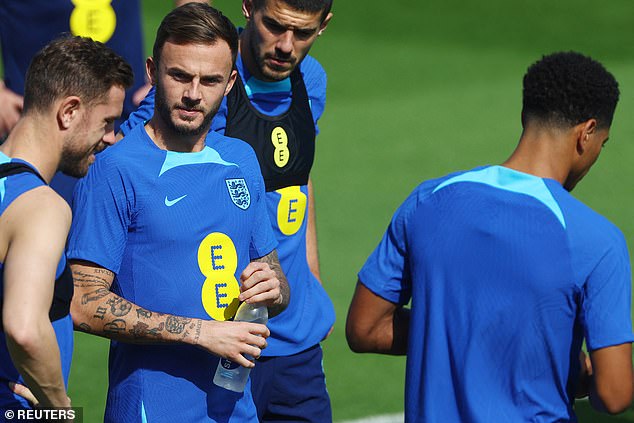 The attacker did appear momentarily with the rest of his team mates, but promptly walked back indoors as the session got started.

It was also noticeable that he was wearing trainers while the rest of his team were in football boots.

Maddison limped off with a knee problem in the first half of Leicester’s win at West Ham on Saturday. 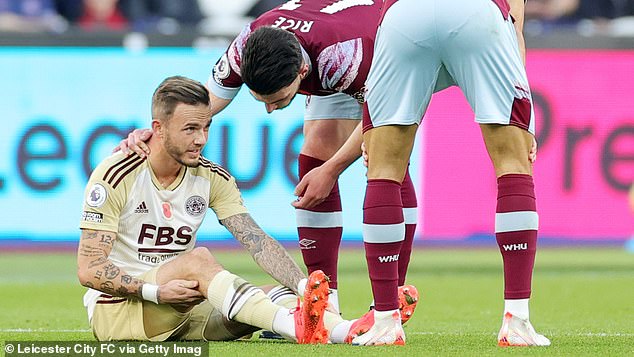 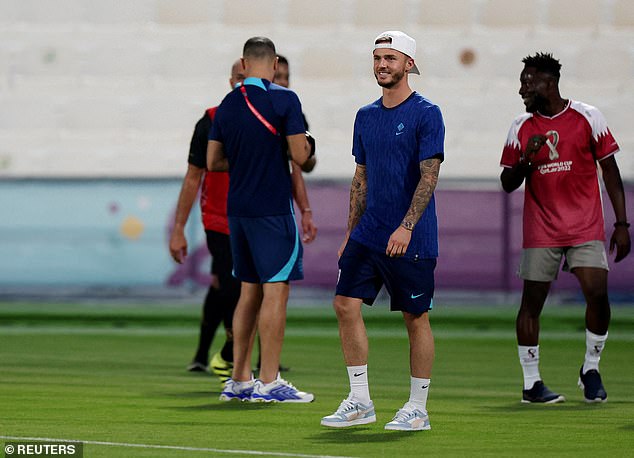 His fitness is a concern, after the Leicester star played himself back into the England team on the back of his stunning form so far this season.

England boss Gareth Southgate agreed with calls from fans and pundits that Maddison deserved a place on the plane to Qatar, with his inclusion the big news in his squad announcement last week.

It had been a while since he was called up to the England squad – last playing for the Three Lions back in 2019.

Southgate even said in his press conference that there was a chance that Maddison could play in the opener against Iran on Monday.

Maddison spoke to the media on Wednesday and revealed that he has been struggling with his knee over the past week, but a scan on Sunday showed that it was not a major issue. 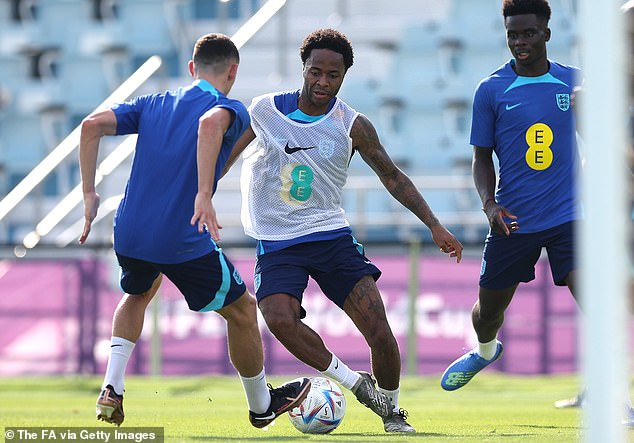 ‘We had a scan the day before we met up. It was a positive scan. I had a little problem in the week building up to the West Ham game and post-Everton game which was the week before for us.

‘I wanted to play, I didn’t want to not give it a go because of the World Cup. That’s not the person I am.’

Maddison has been in sensational form for Leicester this season, scoring seven goals and providing four assists in the Premier League.