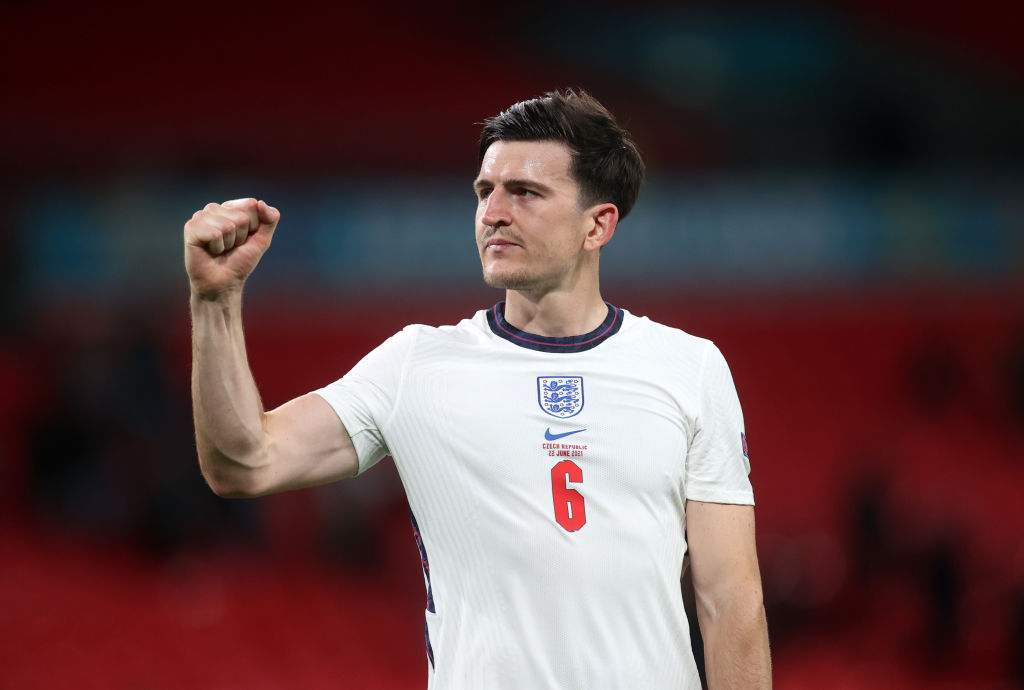 Harry Maguire is not training with his England teammates on Thursday, despite returning to action after an ankle injury in the 1-0 win over Czech Republic on Tuesday evening.

The Manchester United captain played 90 minutes of the Euro 2020 Group D match at Wembley, not appearing to have any problems with his previously injured ankle and turning in an impressive performance.

However, he will not join in with training on Thursday, with the Daily Mail reporting the move as ‘load management’ as he trains individually indoors instead.

The 28-year-old had missed seven weeks of action before the return on Tuesday, so the England camp are keen to not over-do things as they prepare for the huge last 16 clash with Germany on Tuesday afternoon.

Although England are being cautious with the centre-back, he is not expected to be a doubt for that meeting with the Germans at Wembley.

Maguire will be set on starting the match after being frustrated to miss the end of the season with Manchester United and the start of England’s Euro 2020 campaign.

Speaking after the win over Czech Republic, he said: ‘I’ve been out of action for six and a half weeks now and it’s been tough.

‘It’s been tough to watch, I don’t like watching football matches so to be back on the pitch is something I love doing, and to be at Wembley in the first time for me playing in a European Championship, it’s a good feeling and it’s all the hard work that I’ve put in that I’ve been able to play 90 minutes.’

England and Germany meet at Wembley on Tuesday 29 June at 5pm, with Gareth Southgate’s injury concerns seemingly at an end after Jordan Henderson played 45 minutes against Czech Republic as well.

After their period of isolation coming to an end on Monday, Mason Mount and Ben Chilwell will also be available, but they may well not be picked after missing a week of training with the rest of the squad.