‘Maybe we were patting each other on the back’: Harry Maguire admits complacency may have crept into Manchester United’s side for Arsenal defeat after they thrashed RB Leipzig

Manchester United captain Harry Maguire has blamed a lack of concentration and focus for his side’s lacklustre Premier League defeat at home to Arsenal on Sunday.

Pierre-Emerick Aubameyang’s 69th-minute penalty extended United’s dismal start to the season at home as they failed to build on their 5-0 win over Leipzig in the Champions League in midweek.

Frustrated Maguire told Sky Sports: ‘It’s hard to put a finger on it. It’s disappointing from us – we didn’t start the game well. 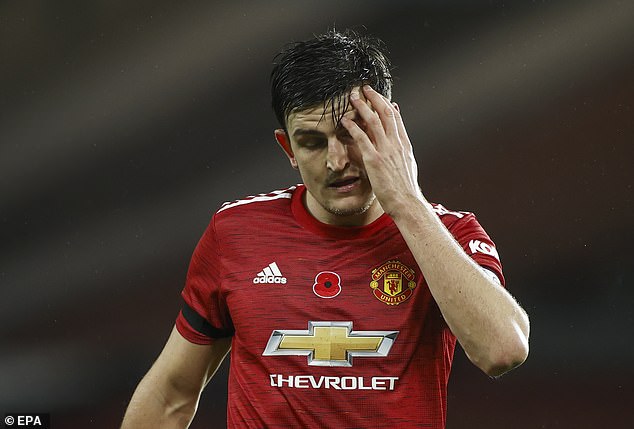 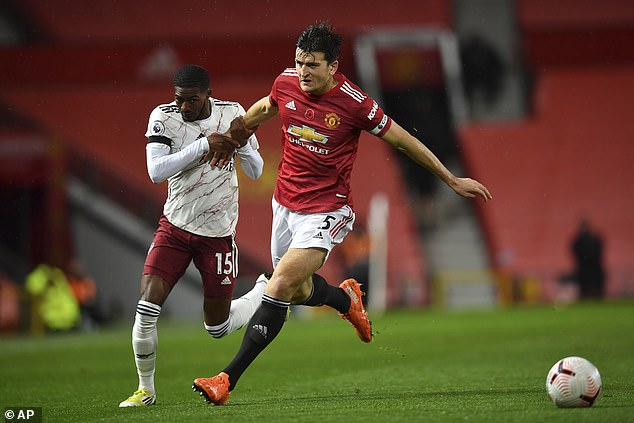 ‘We gave the ball away way too much in the first half. It was a cagey game of few chances.

‘They had one or two more than us. We needed to create more.

‘It worked so well in midweek… we were confident going in but it was important to start well and we didn’t. It’s not good enough. 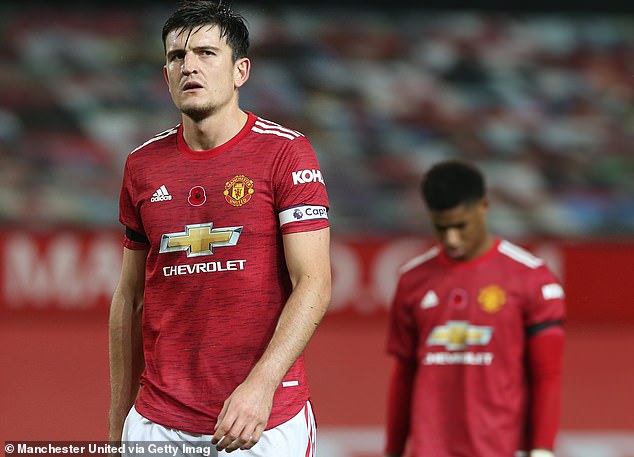 ‘We can’t find excuses. We weren’t at it – the concentration was not there with clean passing.

‘Maybe we were patting each other on the back, which shouldn’t happen. I keep saying that you have to stay level headed.’

United had hoped their league form would follow suit after thrashing Leipzig and keeping a clean sheet at Old Trafford on Wednesday.

They are 15th after failing to win any of their first four home matches in the league for the first time since 1972.

Their only two goals against visiting teams came in a dire 3-1 defeat to Crystal Palace in their opening game and a stunning 6-1 mauling by Tottenham earlier this month.

‘We have won at Old Trafford this year.

‘Something has got to change. Today wasn’t good enough.

‘There’s something not clicking right now at home.’ 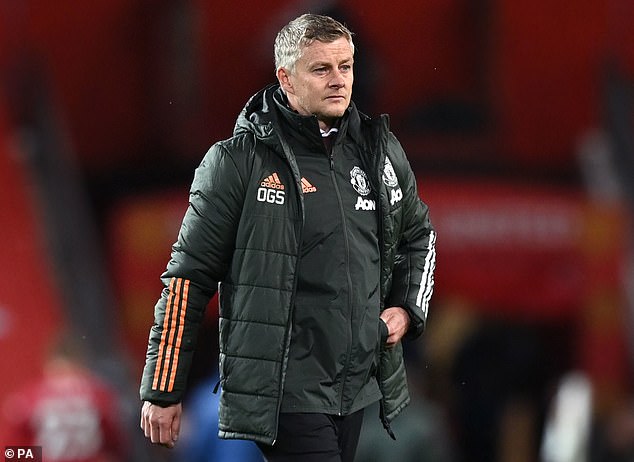