Harry Maguire urges Manchester United stars to ‘stick together’ and ‘come back fighting’ after their Champions League exit against Atletico, as they look to keep their hopes of a top-four finish alive

Manchester United captain Harry Maguire says the squad must stick together as they fight to prevent a disappointing season heading into a tailspin following the Champions League exit to Atletico Madrid.

Long since out of the Premier League title race and domestic cup competitions, the Red Devils’ last hope of ending their five-year trophy drought came to a galling end on Tuesday night.

Three weeks on from escaping Spain with a scarcely-deserved 1-1 draw in the first leg of this Champions League last-16 tie, United stuttered on home turf as Renan Lodi’s first-half header sealed Atleti a 1-0 win. 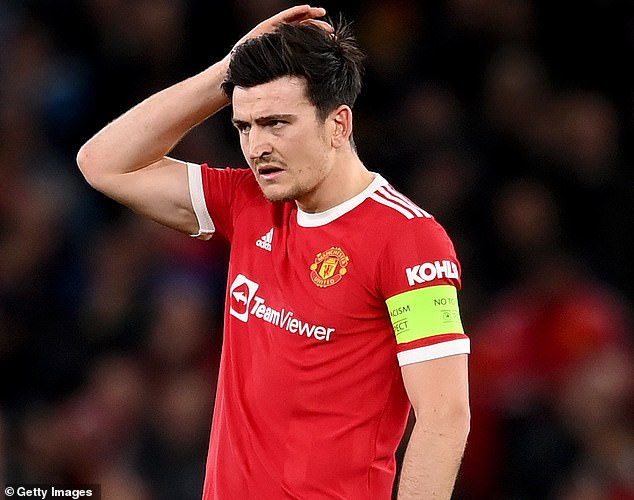 David De Gea bemoaned ‘another bad year’ for a club that are now only fighting for a top-four finish – an uphill battle given Arsenal in the final spot have games in hand on floundering United.

The Gunners could be seven points clear of Ralf Rangnick’s side by the time they play again next month and skipper Maguire says they have to keep battling together.

‘Of course it’s going to be a disappointing couple of weeks now,’ he said as Atleti fans continued to sing long after the final whistle at Old Trafford.

‘The lads need to go, have a rest but make sure that we come back fighting for the end of the season.

‘We’ve got nine important Premier League games that we need to try to win every game that we play in, stick together. 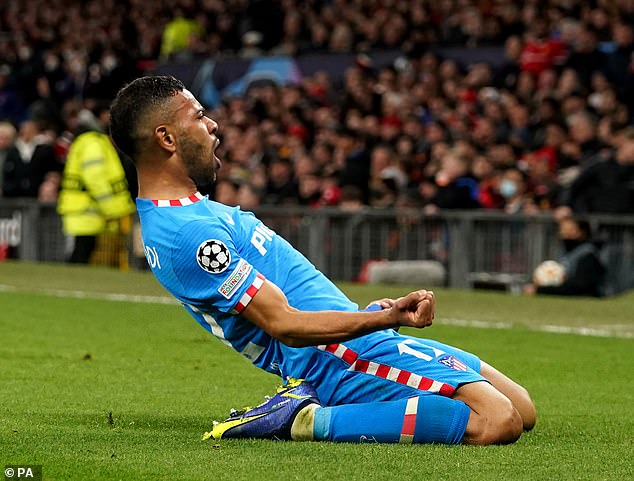 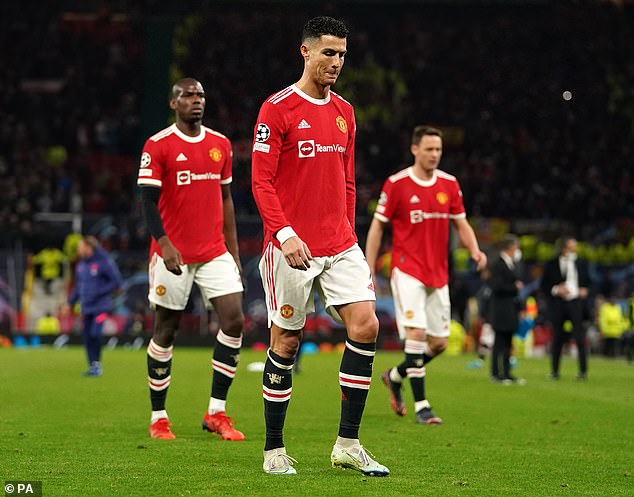 ‘My job as captain obviously has a big role in that as well and making sure that we stick together and we finish the season strong – because we owe it to the fans.’

United do not return to action until hosting Leicester on April 2 and the intervening period is sure to be one of uncomfortable criticism and introspection for those in the dressing room.

Maguire was sarcastically cheered by home fans when replaced towards the end of Tuesday’s loss to Atletico, whose experience and nous was clear as they simultaneously wound down the clock and their opponents up.

‘I think the style in Europe, it’s not for me to really comment on,’ the defender told beIN Sports. ‘But, yeah, I think every time you touch someone, it’s a foul.

‘I mean Anthony (Elanga) has a header in the first couple of minutes. Heads the ball over the bar, the keeper probably comes and clatters him and he gets the foul, so, yeah, it’s a different style. 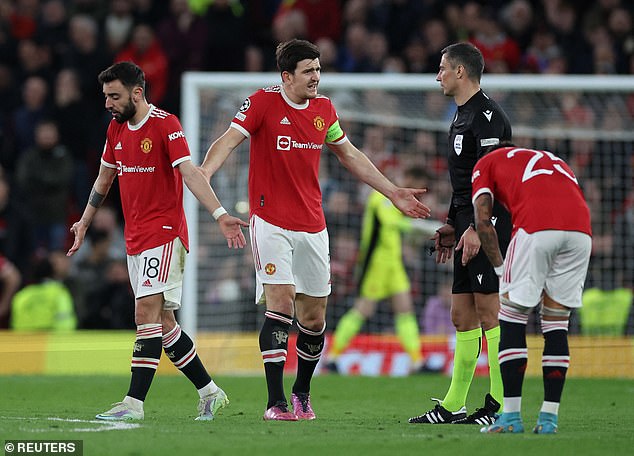 ‘I think – as a team – we’ve maybe got learn from it, got to grow from it and don’t lose our discipline.

‘I felt like the last 20 to 30 minutes of the game we should have been pushing and creating a little bit more but we got too frustrated, we started losing our shape and we lost momentum in the game.

‘That’s something that we need to learn from but it’s a difficult night tonight because the lads are disappointed.’

Rangnick expressed his frustration with referee Slavko Vincic’s officiating after the match as did Maguire, who highlighted a potential foul on Elanga before Atleti scored what proved to be the winner.

‘I can’t say for sure because I haven’t looked at it back yet,’ he said. ‘I will look at it back. 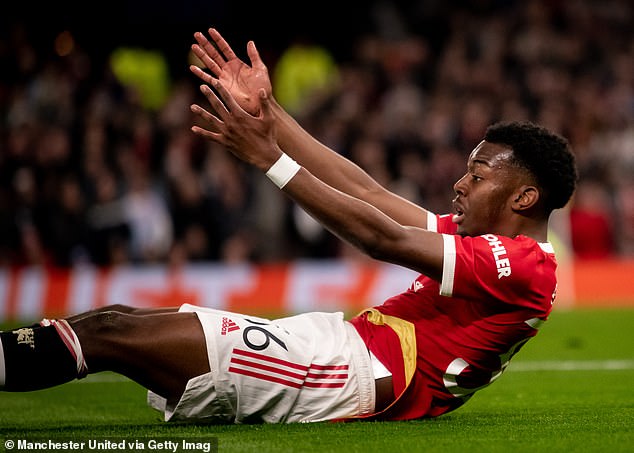 ‘In real time it looked like he was fouled maybe once the first time, then he goes by the second man and then he looked like he’s fouled.

‘Then the ref, I think, looks like he’s going to blow for a foul, he’s looking around, looking at his fourth (official), looking at his assistant, looking for someone to help him and it ends up they didn’t give the foul.

‘Listen, the decisions didn’t go our way tonight but we had long enough in the game to try and come back and get a goal and get the equaliser and we didn’t manage to do it.’

Meanwhile, United are reviewing CCTV footage after objects were thrown at Atletico head coach Diego Simeone as he ran down the tunnel at full-time.

Anyone found to have thrown items faces a three-year ban under ground regulations.

UEFA’s control, ethics and disciplinary body is waiting on the referee and delegate’s report before deciding whether to sanction United.

Lampard reveals message from Guardiola convinced him he would return