Manchester United and Manchester City could still swoop in and sign Lionel Messi for free next year, unless there is major change at Barcelona. Messi stunned Catalonia last month when he handed in a transfer request and expressed his desire to leave the Nou Camp this summer after almost two decades at the club.

However, the six-time Ballon d’Or winner ultimately decided to stay put at Barca and run down his contract, in what was a dramatic u-turn.

Throughout his interview with Goal, though, the star forward never mentioned a fresh agreement with the club which means that he could be set to finally leave the Catalan giants on June 30, 2021 when his deal runs out.

If Messi doesn’t put pen-to-paper on a new contract then all the big hitters are expected to line up next summer as they will no longer have to worry about any astronomical fees, such as his current €700million (£625m) asking price.

City appeared to be the frontrunners to sign the Argentina international with reports even suggesting that the player was keen to reunite with manager Pep Guardiola this summer but that his release clause stopped him. 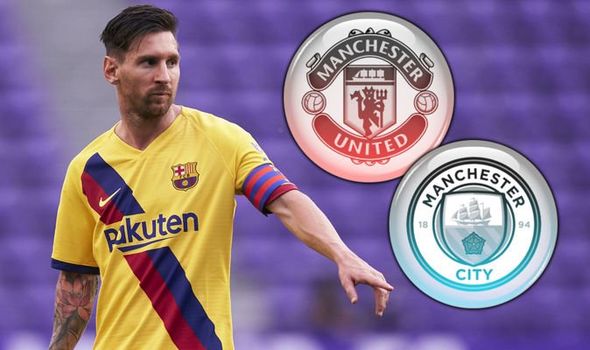 United were also included in the list of interested parties but like the Citizens, Inter Milan and Paris Saint-Germain could not even come close to matching his staggering release clause.

But the Manchester rivals could get the chance to sign Messi for free next year if there is no dramatic change within the Catalan camp.

The Argentine informed the club’s president Josep Maria Bartomeu that he wished to leave the club a few months ago and believed he would be allowed to depart at the end of the campaign if he didn’t change his mind.

However, things didn’t turn out the way he hoped they would and it seems like the Barcelona legend won’t agree to sign a new deal as long as Bartomeu, who he claims “did not end up keeping his word”, remains in charge. 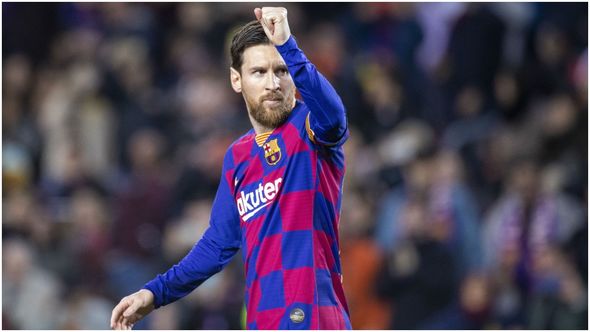 Messi said: “I told the club, especially the president, that I wanted to go.

“I’ve been telling him all year. He believed it was time to step aside.

“I believed that the club needed more young people, new people and I thought my time in Barcelona was over, feeling it a lot because I always said that I wanted to finish my career here.

“It was a very difficult year, I suffered a lot in training, in games and in the dressing room. Everything became very difficult for me and there came a time when I considered looking for new goals, new airs.

“It did not come because of the Champions League result against Bayern [Munich], the decision I had been thinking about for a long time.

So as long as everything remains the same then City and United, as well as all other interested parties, could swoop in for Messi’s signature next year.