Pep Guardiola has warned Liverpool winning the title is one thing but holding on to it quite another. City’s boss is determined to learn from the mistakes of this campaign, mount a renewed assault on Anfield and steal back their crown. He maintained that an improved City may not be the only ones taking points from Jurgen Klopp’s men next season.

“When we retained the title we were the first for 10 years so you know how difficult it is to do that,” said Guaridiola ahead of tonight’s visit of Burnley.

“And every season the opponents get stronger. Hopefully we can learn from the beginning to the season.

“After winning the Community Shield against Liverpool we dropped points may we didn’t expect,” he said.

“Liverpool will remain the strong team they are, but we are seeing how Chelsea are investing in this transfer market.

“We saw in the last period how Man United have made a step forward, Tottenham are going to recover a lot of injured players, with Son, Harry Kane and others and with an experienced manager like Mourinho they are always going to be strong.”

He added: “And Arsenal with more time with Mikel is going to happen and then Leicester.” 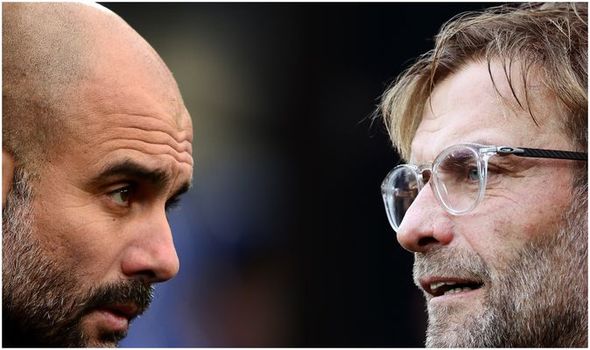 Liverpool have dropped just two points against top half opposition this season compared to City who have lost seven times already compared to just two in their 100 point season in 2017-18 and four in their title defence last year.

And while City’s focus from now until the end of this campaign is on Europe with the Champions League their highest priority, he wants to see consistency in the Premier League to lay down a marker for next year.

City’s boss was delighted with the focus shown by his players in their comeback win over Arsenal and will demand more of the same against Burnley at the Etihad tonight.

Guardiola was particularly pleased with the display from Benjamin Mendy who has returned from lockdown looking fitter.

But he now wants to see consistency and an injury-free run from now to August.

“Benji has a special quality, with his energy and his potential,” said Guardiola. “As a left back he is an extraordinary player but we cannot forget he has played just one game.

“It’s true he came back so fit after the lockdown and he was focused but it’s just one game.

“We to wait a little bit and hopefully in this period he can play a lot of games and play regularly because he’s a guy we missed a lot.

“He plays without pressure, he handles the pressure really well on the big stages. He’s a player we can count on [when fit] but we could not count on him for two years and that’s a long time.

Guardiola added: “Every players needs minutes and to be fit. We want him to be ready to help us and play.”

Henderson admits Liverpool 'got it wrong' by supporting Suarez