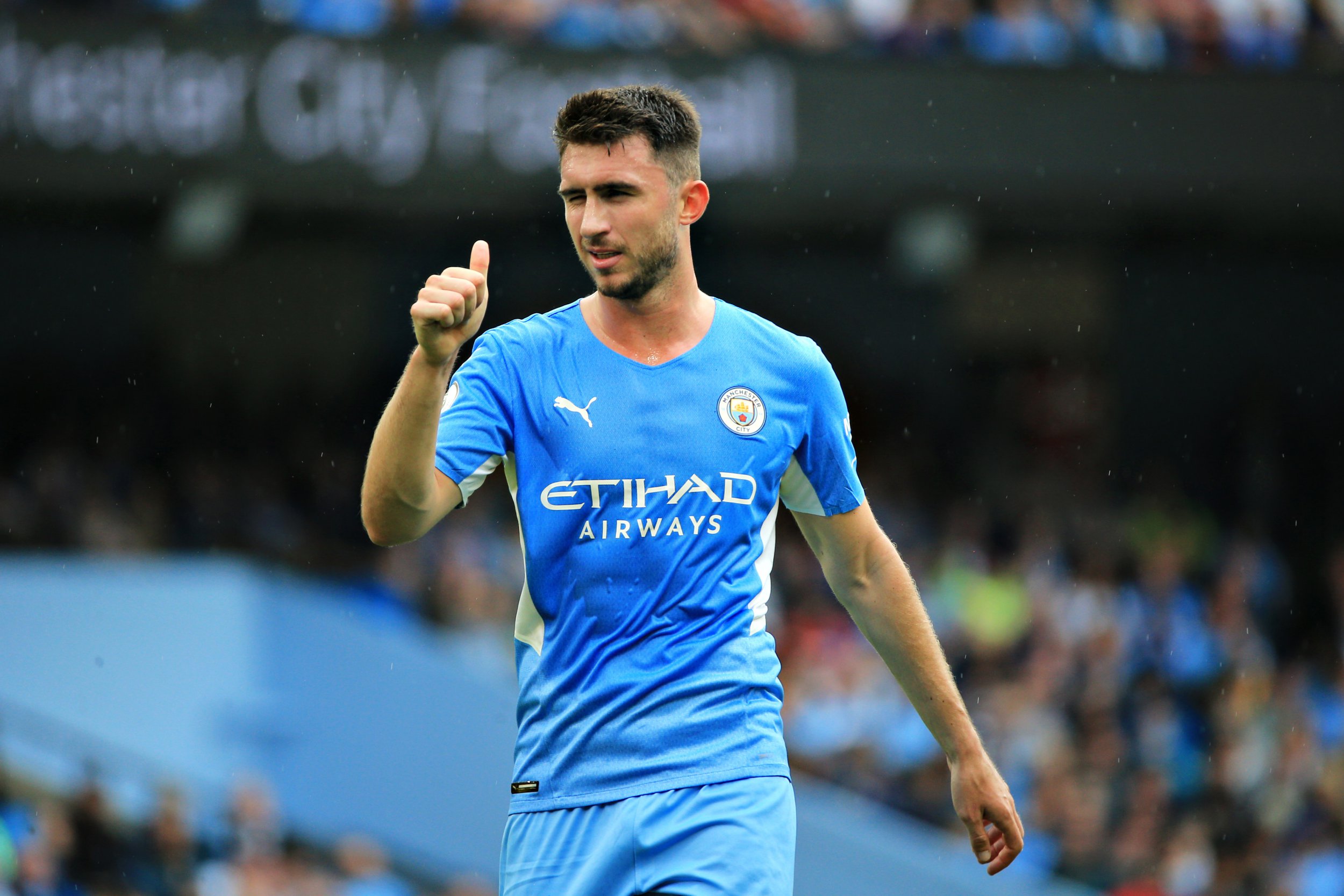 Aymeric Laporte insists he has no intention of leaving Manchester City following interest from Chelsea.

The 28-year-old has just won his fourth Premier League title with City and has established a solid partnership alongside Ruben Dias at the heart of Pep Guardiola’s defence.

Chelsea are in the market for two new central defenders this summer and Laporte is on their shortlist alongside his City teammate Nathan Ake.

But the Spain international says he is ‘supper happy’ at City.

‘It’s very good for the club and for me,’ Laporte told RMC Sport.

‘I’m happy to benefit people here too by bringing the Premier League trophy. It had never happened.

‘So I’m super happy with this season that I’ve had, despite an injury at the end of the season. I was able to hold on until the end.

‘Yes [I am staying this season], I’m super happy and fit. The team too. There remains only the common objective, the Champions League, but we will do everything to get it this year.’

Asked about a possible return to Ligue 1, Laporte replied: ‘For now, that’s not the goal.

‘I still have three years of contract. I’m happy and the club too.

‘I played a lot of minutes: I am the central defender who had the most. I am a reference and I am very happy that the coach and Manchester City have confidence in me. So why not go on for a long time?’

Arsenal vs Liverpool prediction: How will Premier League fixture play out tonight?