Manchester City are reportedly eyeing up a move for football’s next big thing – but it’s not his ability with the ball that makes him stand out.

And according to The Athletic, City have surprisingly sent scouts to watch the striker in action on Saturday, when Moors took on Notts County in a pre-season friendly. 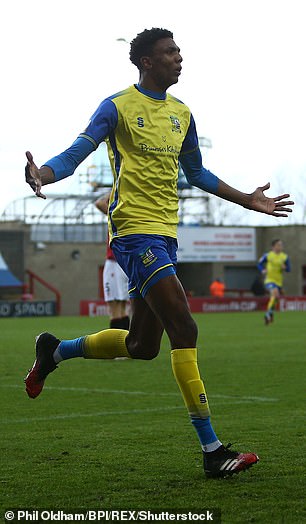 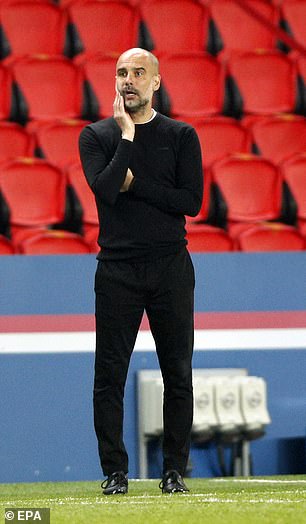 The report goes on to claim how City have been video-scouting Hudlin before deciding watch him up close and in person at Damson Park at the weekend.

Hudlin came on to make a 20-minute cameo in the second half, with the game ending in a 2-2 draw.

The forward scored nine goals in 34 National League appearances for Moors last season after taking a giant step up from Solihull United. 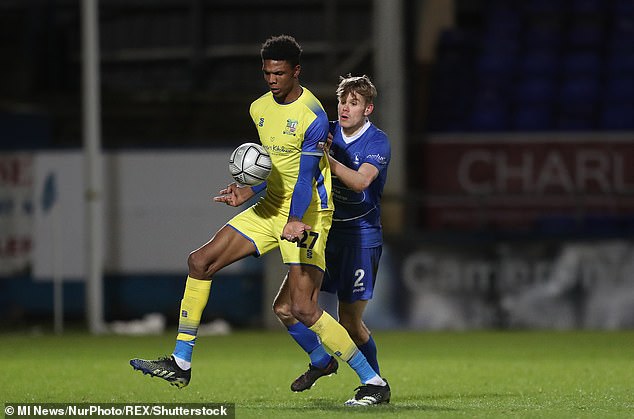 Hudlin, pictured playing against Hartlepool in February, plays in the National League

Solihull United are currently in the seventh tier of non-League football while Moors are at the top.

And while his goal return is nothing to be scoffed at, Hudlin did walk away with the club’s Young Player of the Year and Goal of the Year awards last season.

The Athletic are claiming that City are interested in bringing a homegrown striker who they send out on loan and develop.