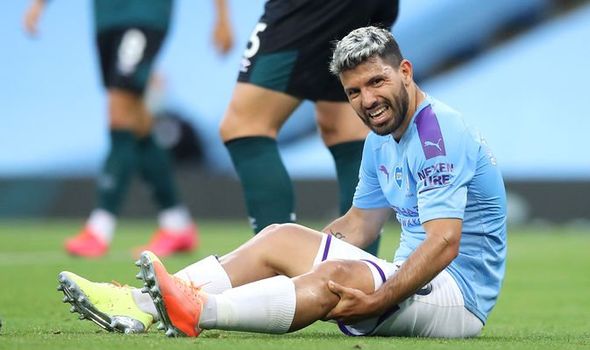 Sergio Aguero is set for an operation on his knee and looks set to miss the rest of the season after going off injured against Burnley. Aguero was substituted in the first half of the 5-0 win over Burnley after being fouled for the penalty, scored by Riyad Mahrez.

After the game Pep Guardiola said it looked ominous and now Aguero’s father has admitted his knee was already giving him problems.

Leonel del Castillo told Radio La Red that he expects the Manchester City striker to travel to Barcelona for an operation later this week.

“His knee was already hurting and it got stuck during the game,” Del Castillo said.

“I’m sure it’s the meniscus, but tomorrow they’ll have an MRI scan to understand the extent of it [the damage].

“I predict that on Thursday or Friday he will be operated on in Barcelona.” 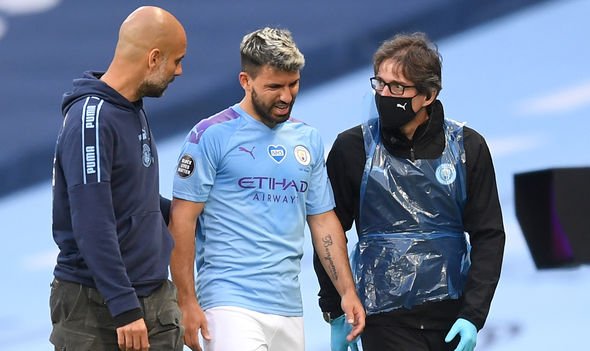 After the game Guardiola said: “It doesn’t look good. We are going to see.

“He was struggling in the last month with a problem in the knee.

“We will see what he has done but it doesn’t look good for the season.”

Aguero is City’s top scorer with 16 goals this season and while the Premier League is out of reach, with Liverpool 20 points clear, they are still battling for the Champions League.

They face a second leg clash with Real Madrid in August and are still I’m limbo over their place in next year’s tournament with CAS set to give an answer on their appeal next month.

City have won their first two games since the Premier League restart, beating Arsenal 3-0 and Burnley 5-0.

They face Chelsea next and a win will keep Liverpool waiting to claim their first Premier League title for at least another week, when they play each other at the Etihad.

Liverpool were held by Everton on Sunday night and face Crystal Palace on Wednesday.