Manchester City beat Real Madrid 2-1 in the Champions League round of 16, second leg on Friday night.

A horror error saw Raphael Varane gift a tap-in to Raheem Sterling after just eight minutes, but Karim Benzema headed the Spanish side level just before the half-hour mark.

Both teams went close in the second half, notably Gabriel Jesus and Benzema, but it was another defensive error from Varane which effectively settled the tie.

The French defender misjudged two headers, with the second an attempted nod back to his goalkeeper which allowed Jesus to nip in and score City’s second.

Here are the player ratings from the Etihad Stadium as City ran out 4-2 aggregate winners. 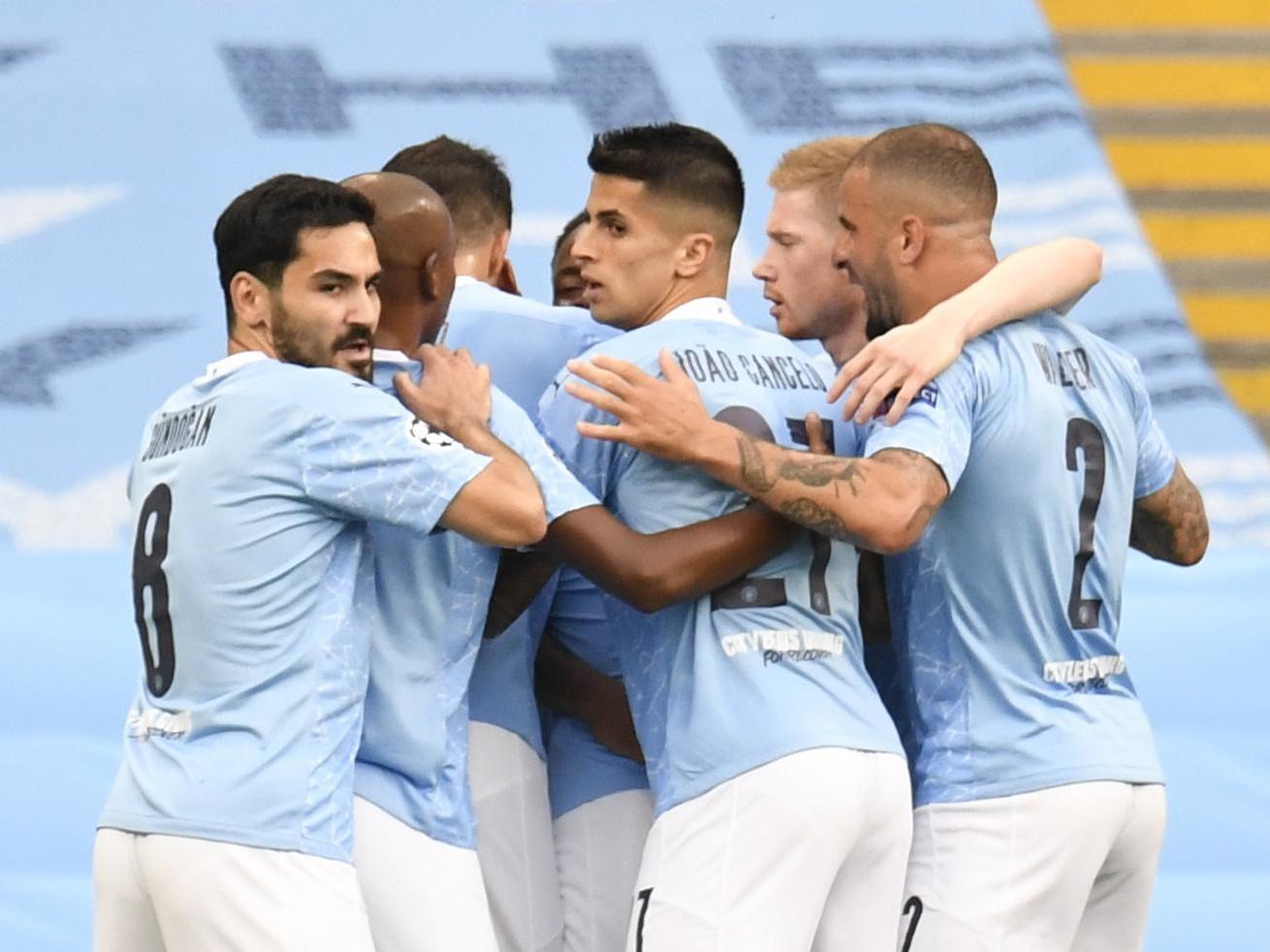 Ederson – 7. His usual strong footwork was on show. Made a good save from Benzema’s early strike. Safe hands throughout the night.

Kyle Walker – 7. One fantastic driving run past four challenges ended in a shot over the bar. Didn’t get forward too regularly, but was effective when he did.

Aymeric Laporte – 5. Turned easily by Benzema for one shot, then nowhere near him in the air for the equaliser. Gifted another chance on the hour but recovered to block.

Joao Cancelo – 6. A good outlet down the left flank but his crossing was poor.

Rodri – 6. Not his usual assured self on the ball. Nerves of the night or a lack of rhythm, perhaps?

Kevin de Bruyne – 7. Got frustrated after a few fouls didn’t go his way and he was continually closed down. Still had more impact than Real’s trio.

Ilkay Gundogan – 6. Worked hard but game bypassed him a bit. Should have given Sterling an easy chance just before the hour mark, but messed up the pass.

Gabriel Jesus – 7. Great work to earn the opening goal. Lovely turn and shot which almost found the net on the hour—then did score 10 minutes later.

Raheem Sterling – 7. Right place at the right time to open the scoring. One or two other half-chances. 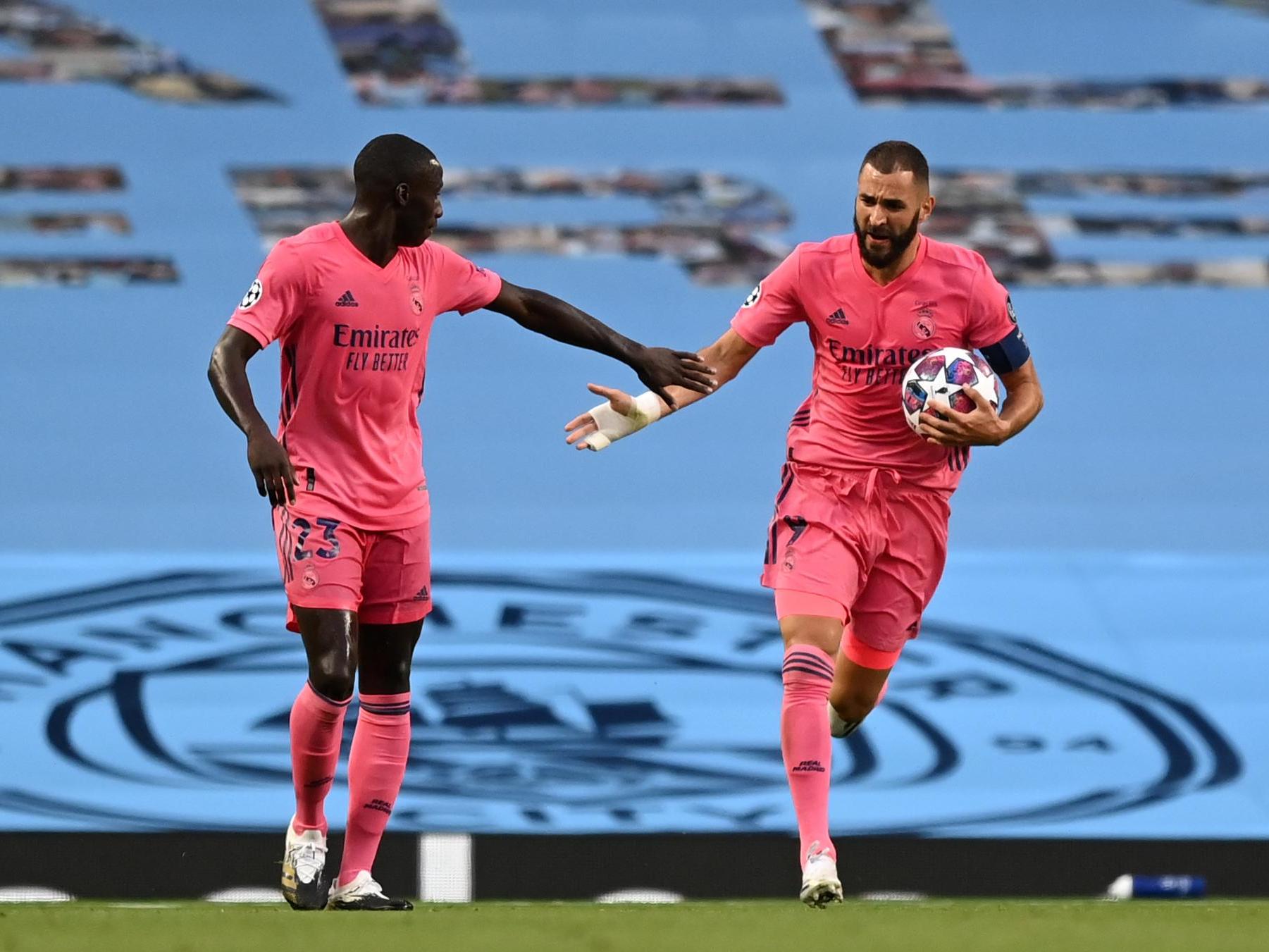 Thibaut Courtois – 5. Nothing he could do about the goals but his handling wasn’t the best afterwards either.

Dani Carvajal – 5. Looked slow against City’s pacy players down the wing. Covered really well against De Bruyne once though.

Eder Militao – 6. A few awkward moments were to be expected with a lack of game time but coped reasonably well in general.

Raphael Varane – 3. For all his class and experience it was a shocker of a mistake for the game’s first goal and arguably worse for the second. Bad night to pick for his most costly performance of the season.

Casemiro – 5. Good in terms of blocking off De Bruyne often, but very poor in terms of quite simple distribution.

Luka Modric – 6. Had a couple of good moments but like Kroos, didn’t influence the flow of the match.

Rodrygo Goes – 6. Started brightly, good dribble and cross to set up the equaliser, but faded thereafter.

Karim Benzema – 8. So dangerous with very little clear-cut service. Created his own chances with touches, turns and finding half a yard. Scored a great headed goal for the equaliser.

Eden Hazard – 6. In and out of the game. Some nice passes between the lines and linking with Benzema, but too quiet, too often.

Peter Bonetti: The Cat among Chelsea’s pantheon of footballing Gods