Manchester City saw off a stubborn West Ham with a 2-1 win at the Etihad Stadium.

The Premier League leaders took the lead after half an hour with their first shot of the game through Ruben Dias’ powerful header but the Hammers levelled as Michail Antonio tapped in before half time.

John Stones swept home a slick move to re-establish City’s lead, and they held on to secure all three points.

It was fitting that Manchester City’s central defenders scored the goals to decide a game in which there were little chances on offer.

The result extends Manchester City’s lead at the top of the Premier League to 13 points, while West Ham remain in fourth place – just two points clear of Chelsea. Here are five things we learned from the game at the Etihad Stadium. 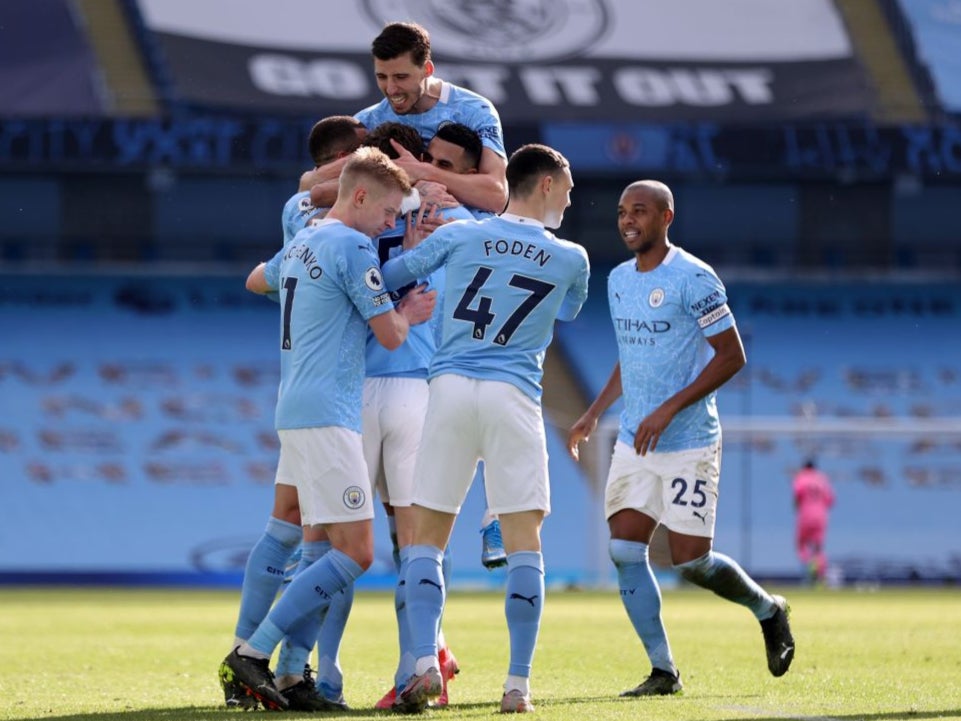 Pep Guardiola’s side are simply a level above the rest in the Premier League.

It took them half an hour to take their first shot on goal – their longest time without an effort this season – as Sergio Aguero struggled to get up to speed and Kevin De Bruyne was not performing at his best.

However, it took one moment of pure magic from the Belgian, who cut West Ham open with a delicate-yet-intrusive cross that found Dias to score.

It was City’s first shot of the game, and there was little the visitors could do about it.

When Antonio tapped in, the worry was that he had unnecessarily touched the ball and been offside.

Not only was he onside and his touch needed to divert Lingard’s effort on target, but a tied scoreline was deserved.

West Ham travelled to the Etihad Stadium and defended resolutely, but David Moyes’ side also attacked at will – and did so effectively.

Their tally of 45/6/8 points is remarkable, and six/seven/nine more than their points total for the entire 2019/20 season. 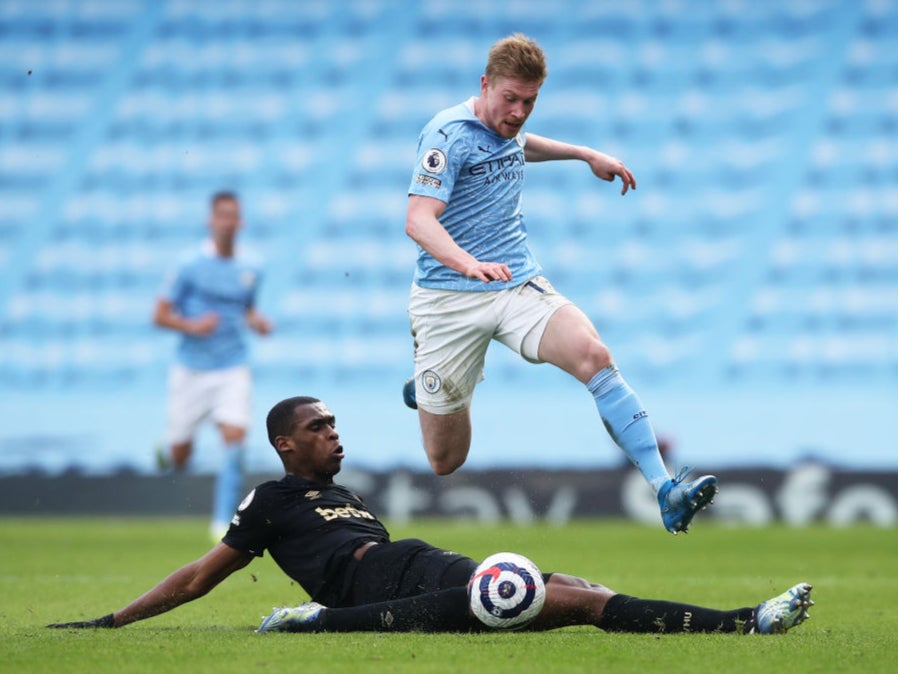 The talent on that bench alone could take a team into the Champions League spots, and I’m not sure there’s another team in world football that can boast such an abundance of talent.

The bench named for the clash with West Ham was valued at £305m – a genuinely crazy figure.

It also points to City’s talent that it was their two central defenders that got the goals, despite their offensive quality.

While he has established himself as a goal-scoring midfielder, Thomas Soucek embodies West Ham.

The Czech star never stops running, and he has covered more ground than any Premier League footballer this season.

This is actually unsurprising given how relentless and intense the Hammers’ high-press is.

They never let any Manchester City player have more than a second in possession, and it meant that the home side had to work incredibly hard to churn out a result.

The end of Aguero?

The Argentine striker is undoubtedly a Premier League great, scoring 180 goals across a decade of success in England.

While his is still a threat, Aguero is not the electric goalscorer he was – and his style no longer meshes with Manchester City as well as it once did.

He remains Pep Guardiola’s best and most talented scorer, but opting to play Aguero over the likes of Raheem Sterling or Gabriel Jesus is foolish when City noticeably improve with the latter two on the field.

Their movement and interplay suits Guardiola’s style, and so I imagine we are nearing the end of the Aguero era in Manchester.