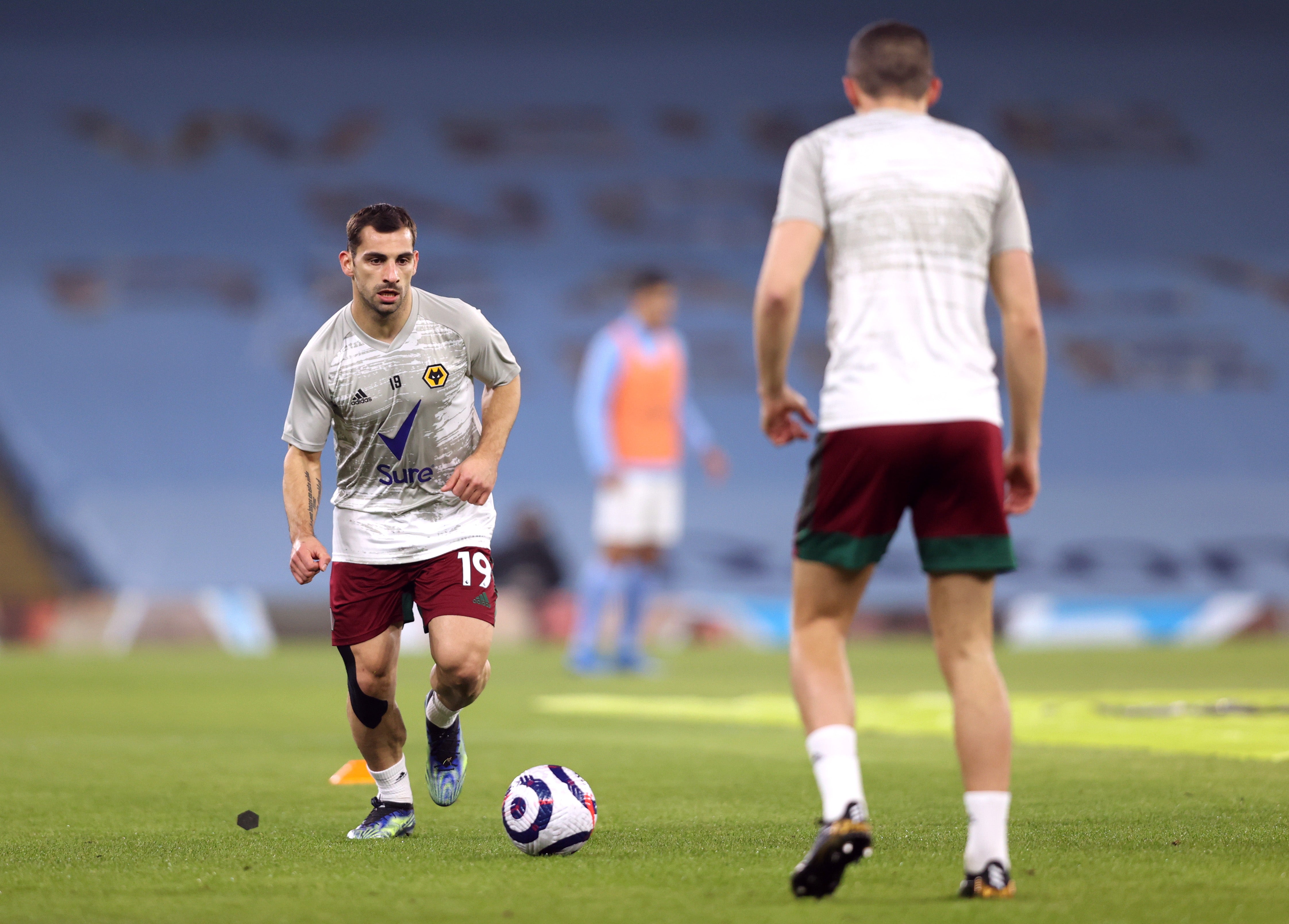 Manchester City are hosting Wolves tonight aiming to extend their winning run to 21 games in all competitions. Doing so would lift Pep Guardiola’s side 15 points clear of their nearest rivals Manchester United and in a commanding position to win the title back from Liverpool, albeit they will have played one more game their the chasing pack after tonight’s encounter.

It is no foregone conclusion, however, against a visiting Wolves side who have found form in recent weeks, going five games without defeat, including wins over Arsenal, Southampton and Leeds. Nuno Espirito Santo seems to have found a way of playing that suits his team despite the ongoing absence of key striker Raul Jimenez who is still unfit to play following a head injury earlier in the season. Nuno will need big performances on the counter-attack from Adama Traore and the constantly impressive Pedro Neto to pull off a shock result tonight.

Follow all the action from the Etihad Stadium below.

Wolves coach Nuno Espirito Santo spoke yesterday of how he expects to deal with Man City:

“First and foremost, we must prepare ourselves for a very difficult challenge, because it’s going to be very tough. We’re going to face Man City, a fantastic team, talented squad, always good ideas in their approach of the game.

“I have a good relationship with Pep, I know him, and I have a lot of admiration and respect for him. He’s an amazing person and a fantastic manager.

“It’s a tough challenge for us, and the first thing that we have to get ready for is to compete very well.

“There’s a way to play against all the opponents, it doesn’t change, it’s about yourself, it’s about your tasks, it’s about the way you face and the attitude that you have for the game, every ball is important.

Pep Guardiola has warned his players against complacency in his press conference before this game:

“This is the moment when I feel that [if] everyone is thinking, the job is done, or how good it is, then this guy is not going to play,” he said. “I’m so intuitive to know exactly the guys who are not ready to continue what we have to do.

“The champion is Liverpool, we are not. To do it [become champions] we still have to win eight, nine or 10 games – it’s a lot of games.

“There are incredible teams who struggle for four or five games to win games so it can happen to us too. Last season it happened and at the beginning of the season it happened. We were unable to win three games in a row in the first two months.”

Highlights of the last game between the pair:

Wolves done the double over City last season, winning 2-0 at the Etihad Stadium before also emerging as 3-2 winners at Molineux a couple of months later.

The last meeting between the pair happened in September, with Guardiola’s side coming out on top in a 3-1 win at Molineux.

Goals from Kevin De Bruyne, Phil Foden and Gabriel Jesus for the away side that day. Raúl Jiménez struck a late consolation for Wolves.