Ilkay Gundogan admits Manchester City need to improve quickly as they look to temper their FA Cup semi-final defeat to Arsenal by progressing in the Champions League.

Pep Guardiola’s side dominated possession at Wembley on Saturday evening but it was the Gunners who ran out 2-0 winners, courtesy of a brace from captain Pierre-Emerick Aubameyang.

With two Premier League games remaining and City already assured of a distant second-place finish behind champions Liverpool, attention will already be turning to Europe.

A 2-1 win in the Bernabeu against Real Madrid gives City a great chance of making the quarter-finals, with the second leg taking place at the Etihad Stadium on August 7.

But – echoing his manager’s sentiments – Gundogan knows progression has to be made if the club are to continue their quest for a maiden European Cup. 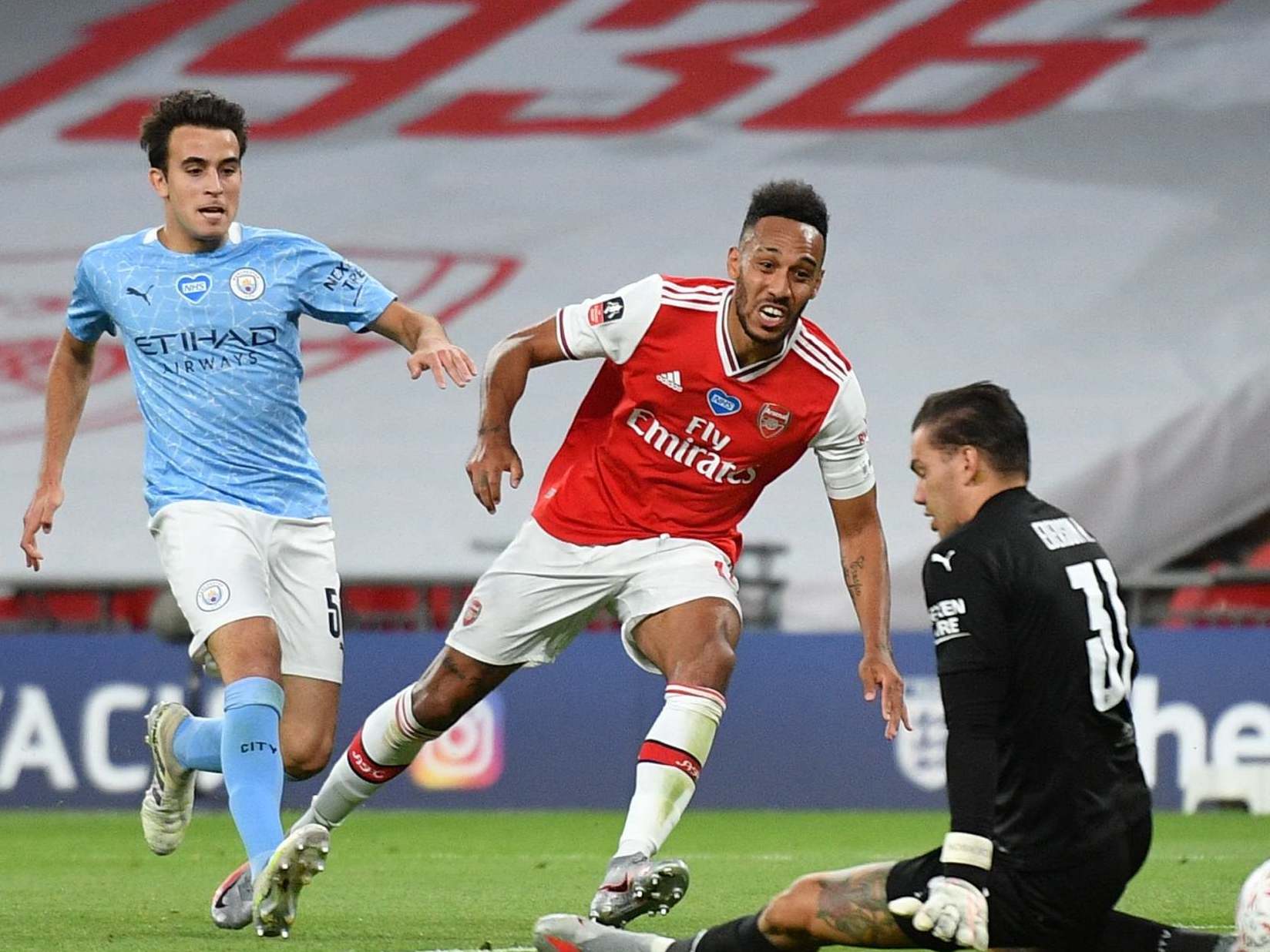 “We have two more league games to play and then we have a big game against Madrid,” he told mancity.com.

“We should definitely improve because the way we played today won’t be enough to go into the next round of the Champions League.

“We have to improve quite quickly because we don’t have much time – we need to try to do our best.”

Gundogan also admitted Arsenal’s approach to the game suggested the cup-tie meant more to Mikel Arteta’s men than it did to the holders.

“I think the energy we had starting the second half was exactly what we needed at the beginning of the game,” he added.

“Sometimes one very bad half is enough to lose the game and it looked like Arsenal wanted it more to go to the final which was the most frustrating part.”

For Arsenal – record 13-time FA Cup winners – this was a surprise result for a number of reasons, not least their terrible recent record against City.

They had lost all seven of the previous meetings, their last win also coming in an FA Cup semi-final clash in 2017.

Arteta had also seen his side slip down to 10th in the Premier League as Burnley won at Norwich earlier in the day.

But his tactics, similar to those deployed in a 2-1 win over Liverpool three days earlier, proved to be too much for his former club, where he worked as right-hand man to Guardiola before taking the top job at Arsenal.

Defender Kieran Tierney enjoyed another fine afternoon and insisted it was having the confidence as a squad that they could alter the recent trend in this fixture which was key to securing Arsenal’s place in a record 21st FA Cup final.

“It’s a good feeling in the squad now, it’s positive and that’s all you can ask for,” he told Arsenal Digital.

“We’ve been working on that since the first day (Mikel) came in and we’re getting closer to where we want to be.

“I think you always need to believe, and coming into this game as well you had to believe we could win and we did that. We take confidence, we take belief and we’ll keep building on it.”