Preston North End have confirmed that 19-year-old striker Liam Delap will join the club on loan from Manchester City until the end of the season.

Delap spent the first half of the 2022-23 campaign on loan with Stoke City and scored just three goals in 22 appearances for the Championship side.

Delap was subsequently recalled by his parent club, City, but will now join Ryan Lowe’s side until the end of the season. 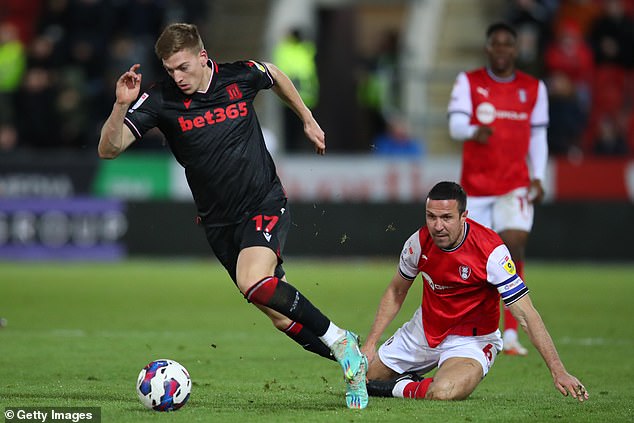 Speaking after signing, Delap said: ‘I’m buzzing. It’s such a great club and I’m really excited to meet the boys and play in front of the fans.

‘As a striker at the end of the day, the manager wants goals so that’s what he’s said to me. I trust myself in front of goal.

The striker finished by saying: ‘I trust myself to get in the right positions so if I get the opportunity then hopefully I can bring that.’ 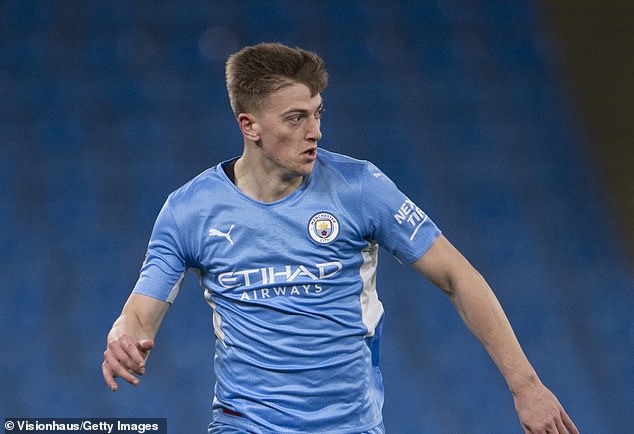 The youngster joined Manchester City from Derby County in July 2019 and was handed his first professional contract a year later.

Delap appeared to be a promising young talent – scoring on his senior debut in the Carabao Cup against AFC Bournemouth.

Delap was also named the Premier League 2 Player of the Year after going on to score 24 goals in 20 appearances.

However, his progress stalled and the number of opportunities he was given dwindled. As a result, he went out on loan.

Delap’s loan spell at Stoke was somewhat underwhelming. He only managed to score three goals in 22 appearances for the club.

As a result, the 23-year-old striker was recalled by Manchester City to explore other possible loan options. 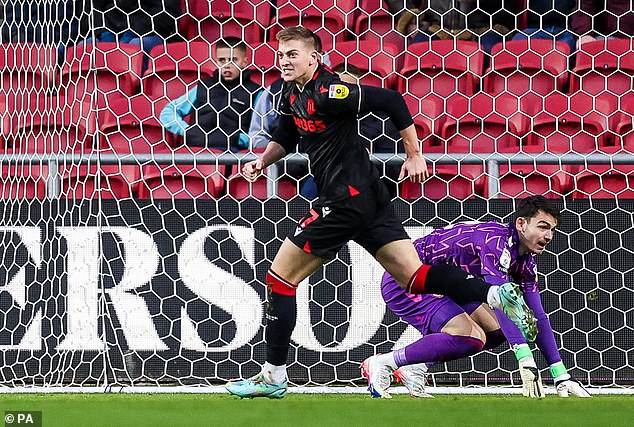 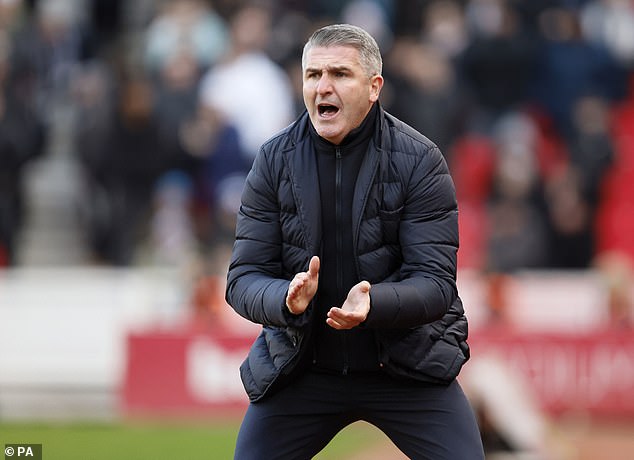 Preston North End manager, Ryan Lowe (pictured above), is excited to sign Delap and says ‘he’s a good lad, a good footballer and a goalscorer’

As it stands, Delap has played just six times for his parent club. He is yet to feature in the Premier League for Pep Guardiola’s side.

However, Preston North End manager, Lowe, is excited to sign Delap and says ‘he’s a good lad, a good footballer and a goalscorer’.

Speaking about Delap’s arrival, Lowe said: ‘Liam was one we targeted in the summer because of the work he’d done with City’s U23s and he had some input in the first team with a couple of goals, too.

‘He’s a good lad, a good footballer and a goalscorer. He just needs an opportunity to score goals and hopefully we can give him that.

‘Obviously we’re going to be without Emil [Riis] for a long period now too, so we felt we needed to bring an extra body into the building to continue the form we’ve had.’