Ole Gunnar Solskjaer will stick by goalkeeper Dean Henderson despite his costly error in the Europa League draw against AC Milan.

Solskjaer confirmed that David de Gea has returned to Manchester following his paternity leave in Madrid, but is unlikely to be available to face West Ham on Sunday after self-isolating this week.

That means Henderson will continue in goal after being told he will have a run of games in De Gea’s absence. The England international was criticised for allowing Simon Kjaer’s injury-time header to beat him as Milan snatched a 1-1 draw in Thursday’s first-leg at Old Trafford. 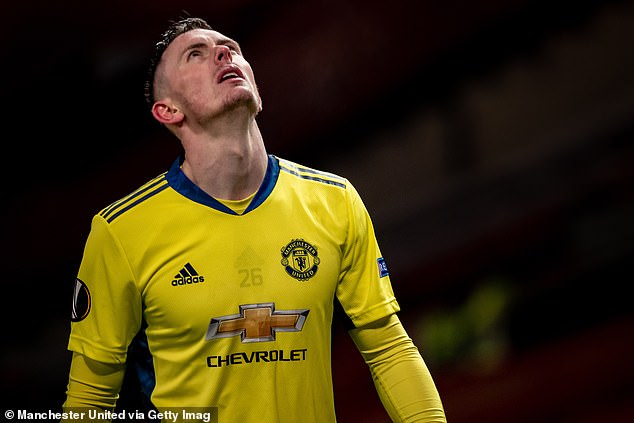 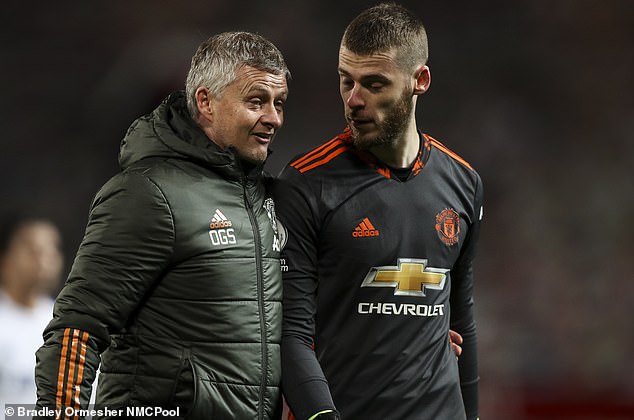 Solskjaer admitted afterwards that it was a save he would have expected Henderson to make, but played down the prospect of De Gea making an early return having yet to resume training at Carrington.

‘Yeah he is back in Manchester,’ said the United boss. ‘He is self-isolating. He is just touch and go for Sunday, I think.

‘I can’t really know when he came back so I’m not really sure if it was Monday or Tuesday. I think the rules are he has to stay at home. He is not training with us anyway. It’s different if you travel away and compete so, no, he has not been training since he came back.’

United are expected to be without their three first-choice strikers against West Ham after Anthony Martial sustained a hip injury on Thursday night and joined Marcus Rashford and Edinson Cavani on the sidelines. 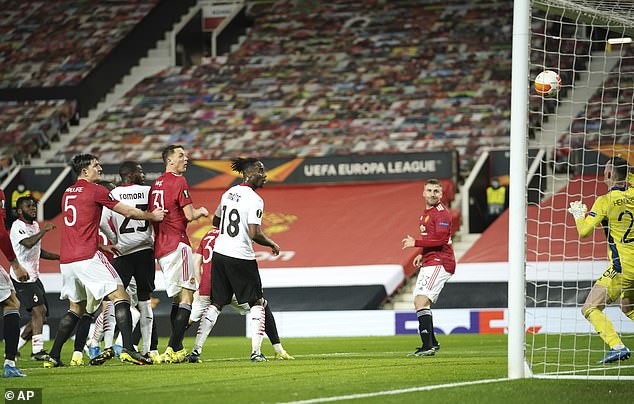 Solskjaer also expects to be without Paul Pogba, Donny van de Beek and Juan Mata until next month.

‘No I don’t think any of those will be available,’ he added. ‘We hope before the international break but I am not sure.

‘It has taken a little longer than we expected, so three games now and then the international break, then they will be available for us.’

Solskjaer continued to play down the expectations building around Amad Diallo after the Ivorian teenager came on as a half-time substitute for Martial against Milan and scored his first senior goal for United four minutes later. 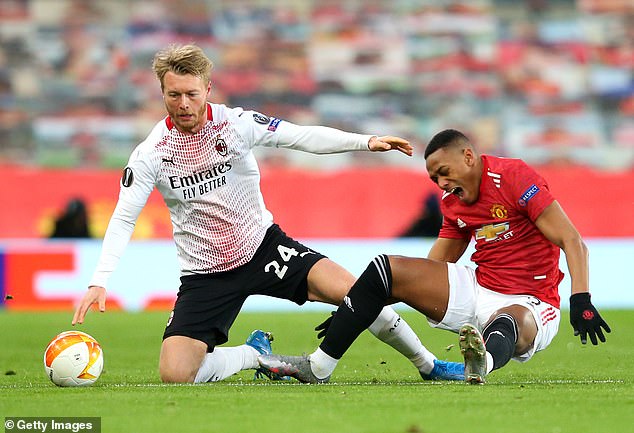 ‘Of course, it’s a big change for him,’ said Solskjaer. ‘He has moved over here by himself. But he is coming into training every day and he is working really hard. He knows he has a lot to learn.

‘He is an exciting talent but he will have to get used to the tempo and the quality of the level that he is playing at now.

‘He didn’t play too much for Atalanta either so we have been gradually giving him more and more. He has been hungry to learn and his appetite in training has been spot on.’ 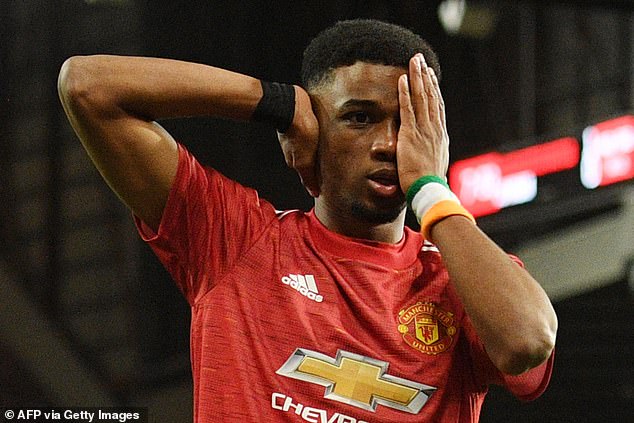 Solskjaer continued to play down the expectations building around Amad Diallo