Manchester United fans have taken to social media to express their outrage over the decision to award Real Sociedad a penalty in their Europa League clash on Thursday.

On the back of an impressive victory over Liverpool at the weekend, United appeared sluggish in Erik ten Hag’s maiden European fixture in charge of the club, with his side going into half-time goalless at Old Trafford.

However, worse was yet to come for United after the break, when David Silva’s close-range shot struck the leg of Lisandro Martinez before ricocheting into the Argentine’s elbow. 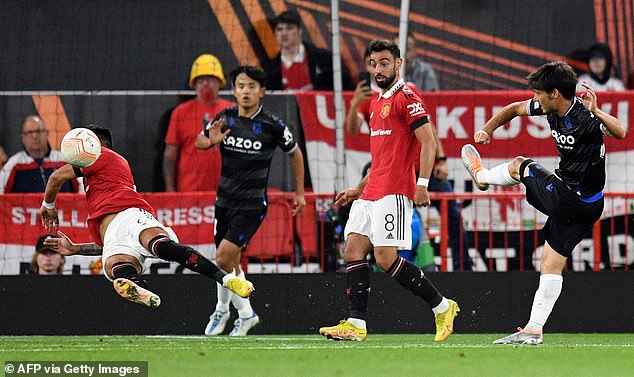 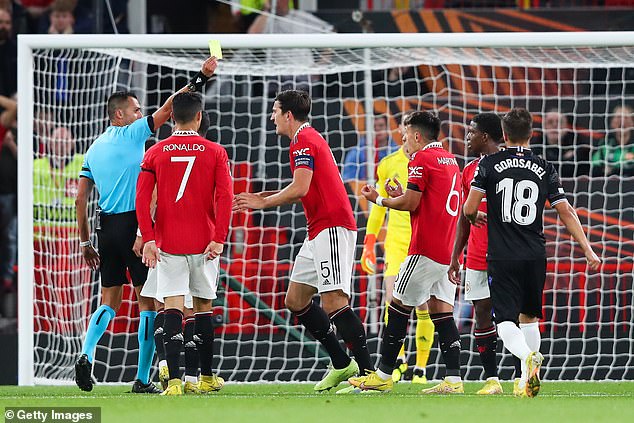 United protested the decision, but VAR upheld the referee’s verdict, and Martinez was booked

Italian referee Marco Di Bello wasted no time in pointing to the spot and booking Martinez, and the controversial decision was upheld upon review by VAR.

The former Manchester City star then added insult to injury by converting his penalty to put the away side ahead.

Silva’s penalty would ultimately prove to be the deciding goal of the game, and United fans took to social media in the aftermath of the defeat to question why the referee’s decision was not overturned. 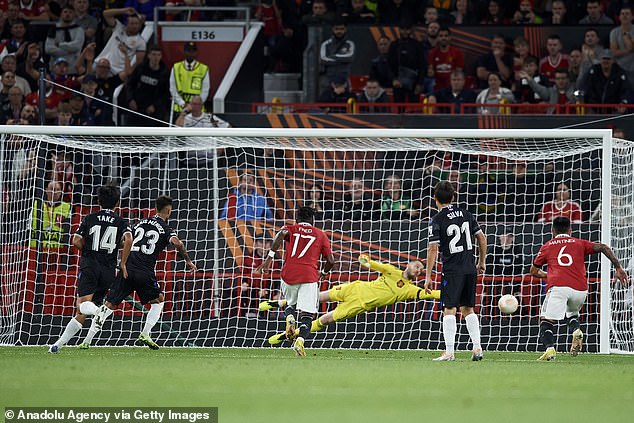 @Kaus_Padney17 asked: ‘How is that even a penalty by any means? Clearly came off Martinez’s leg and a situation like that is mentioned in the rule book.’

@UTDArena agreed: ‘This penalty pretty much penalises Martinez for having arms.’

A further user added: ‘If that’s a penalty than everyone is finished. Insane decision’

@RonaldoProp expressed their frustration at the decision: ‘That’s never a penalty. We have been screwed’

Even supporters from other clubs expressed their confusion with the referee’s decision to award the away side a spot kick.

@CorreaRole wrote: ‘Nah this is never a penalty in a million years. I am a not a fan of United but if these are given as penalty football is finished as a sport. What could have the defender possibly done? It got rebounded from his knee onto his arm’

With the defeat United now sit third in Group E of the Europa League.

Assuming UEFA fixtures go ahead as planned next week following the death of Her Majesty The Queen, the club will look to bounce back when they take on Moldovan club Sheriff on Thursday.