Man United hit by REVOLT against Ole: Fernandes feels he’s not getting enough direction from Solskjaer, Ronaldo is alarmed by the drop in standards and players sympathise with Van de Beek

Manchester United’s plans to keep Ole Gunnar Solskjaer in charge until the end of the season have been thrown into disarray by the calamitous performances against Manchester City and Liverpool.

United were hoping to make a decision on Solskjaer’s future in the summer when any change of manager could be planned out. However, back-to-back home defeats have piled the pressure on the Norwegian with Saturday’s lame surrender in the Manchester derby following the 5-0 embarrassment against Liverpool.

Solskjaer’s position is coming under intense scrutiny yet again after a dreadful run of six defeats in the last 12 games, culminating in the 2-0 loss to City at Old Trafford. 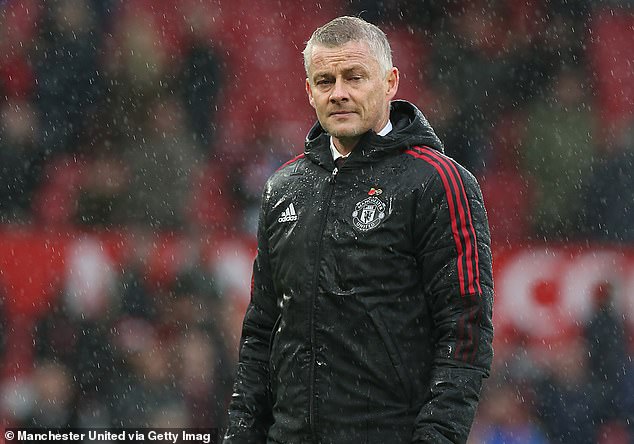 The feeling of optimism around the club in the summer that he could lead United to a title challenge this season has given way to a sense of shock and uncertainty.

United were booed off at half-time and full time against City following a defeat that was every bit as humiliating as the five-goal mauling against Liverpool two weeks earlier.

The tame nature of United’s defeat has left Solskjaer once again fighting to keep his job after the club spent £135.6million on Ronaldo, Jadon Sancho and Raphael Varane in the summer to give him a squad as good as any in the top flight.

So far, there has been no appetite among the United hierarchy to sack Solskjaer having aligned themselves so closely with the Old Trafford legend and his task of restoring the club’s true values after succeeding Jose Mourinho and Louis van Gaal.

Co-chairmen Joel and Avram Glazer and executive vice-chairman Ed Woodward would have preferred to wait until the summer to assess the situation when the Norwegian would have been in the job for three-and-a-half years. Any change then would be viewed as considered with more time to install a suitable replacement.

They resisted calls to axe Solskjaer and appoint Antonio Conte two weeks ago before the Italian joined Tottenham because he was seen as a short-term option and too confrontational.

However, action may be forced on Solskjaer’s bosses if they decide that the former Cardiff manager is no longer capable of stopping the slide. 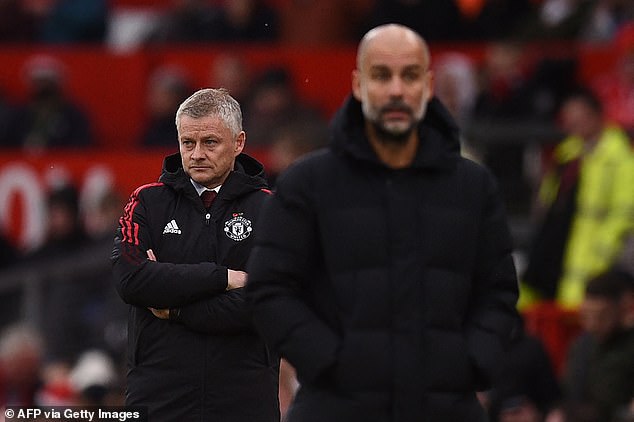 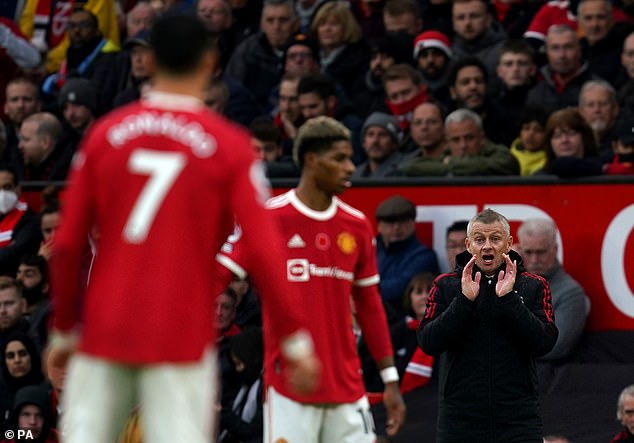 On Sunday night, United and sources close to Brendan Rodgers played down speculation that the Leicester City boss has already been approached to replace Solskjaer.

After the international break, United face Watford, Chelsea, Arsenal and Crystal Palace in the Premier League having dropped nine points behind leaders Chelsea after only 11 games.

They also face Villarreal and Young Boys in the Champions League with qualification from a relatively easy Group F far from guaranteed.

Doubts are growing within a squad of players who seemed so tight-knit on a pre-season training camp in Scotland last summer, encouraging senior United figures that they would mount a strong title challenge.

It is understood that Fernandes is among the players who feel as though they aren’t being given a clear plan by Solskjaer and his overgrown backroom team, with others expressing concern that too many young coaches are learning on the job. 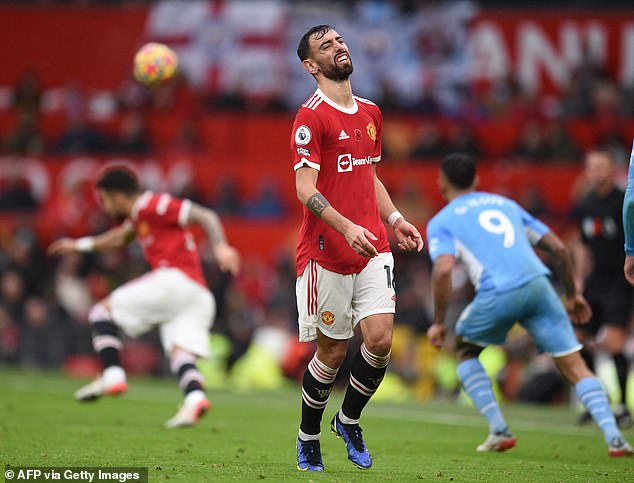 After failing so miserably to execute a pressing game against Liverpool, United changed to a more defensive 3-4-1-2 that doesn’t suit the club’s ambitions or the attacking squad he has assembled.

However, Solskjaer’s tactics were easily dismantled by Pep Guardiola who used his wide players, Phil Foden and Gabriel Jesus, to pin down United’s wing-backs. Solskjaer changed to a back four at half-time but the game was lost by then.

Ronaldo was well aware when he returned to United that times had changed in the 12 years he had been away, but the Portugal star is said to be shocked at just how far the standards have slipped.

His frustration boiled over again when he was booked for a cynical late challenge on Kevin De Bruyne, having escaped a red card against Liverpool when he hacked out at Curtis Jones.

There is also a feeling within the dressing room that Solskjaer shows favouritism to some players and is too soft on the squad.

Questions have been asked about whether United’s work-rate would be so poor if Guardiola or Jurgen Klopp were in charge.

Harry Maguire continues to be selected despite a catastrophic loss of form which sources believe started after playing for England at the Euros. Luke Shaw, too, hasn’t been the same player since the tournament.

Yet Van de Beek continues to be largely frozen out by Solskjaer who is also ignoring Jesse Lingard. There are fears that Sancho’s career is stagnating little more than three months after his £73million arrival from Dortmund. 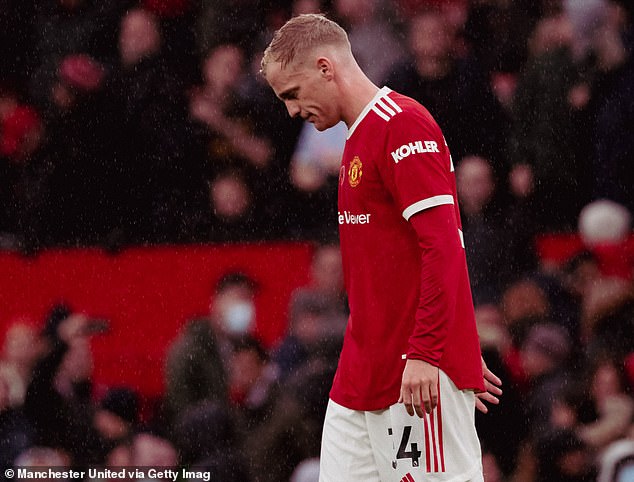 Van de Beek and Sancho came on as substitutes against City, and the warm welcome United fans gave the Dutchman is as close as they have come to turning against Solskjaer.

Van de Beek’s team-mates don’t understand why he hasn’t been given more of a chance since his £40m move from Ajax.

The other United substitute on Saturday was Rashford, but it’s understood the England forward returned from the Champions League draw against Atalanta in Italy with flu symptoms and was sent home from training on Wednesday.

Rashford did not train on Thursday or Friday — and stayed away from the team hotel before the derby — but was deemed a better option than Lingard or Anthony Martial when he was sent on in the 67th minute.

The decision mystified his team-mates and an under-par Rashford struggled to offer anything as United slipped to another chastening defeat.