Manchester United, Liverpool and Manchester City ‘in the race to sign 15-year-old starlet Endrick’ – with Brazilian compared to legendary striker Ronaldo in his homeland

The teenage forward has caught the eye following impressive displays for Palmeiras’ youth side in his homeland.

The Red Devils are monitoring the youngster’s development while their rivals Liverpool and City are also interested, according to The Sun. 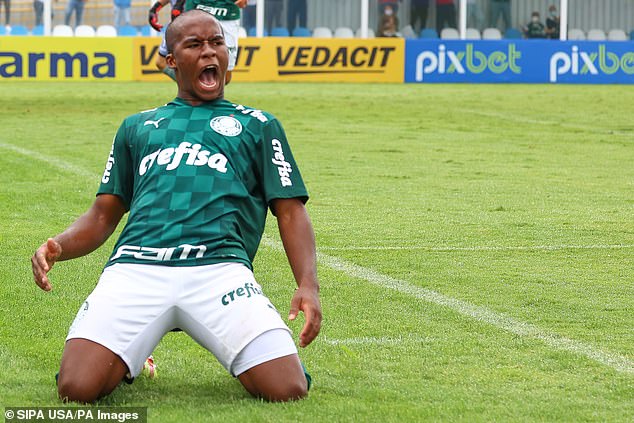 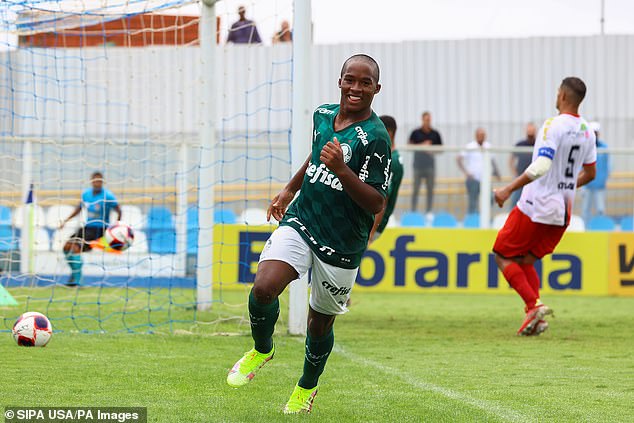 The report claims that his current club are willing to offer him a professional contract with a huge release clause in the deal when he turns 16 on July 21.

Endrick has drawn comparisons with legendary Brazil striker Ronaldo in his country of birth, as reported by Brazilian outlet UOL, with the emerging talent most effective through the middle of a frontline.

European giants Real Madrid and Barcelona are also reported to be circling as the top clubs search for football’s next star. 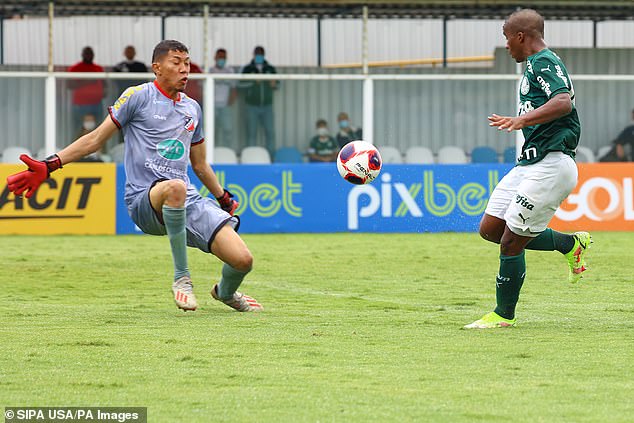 Endrick demonstrated why so many top sides are watching him closely by scoring a sensational solo goal against Real Ariquemes last week.

The exciting attacker’s hard work-rate paid off as he won the ball high up the pitch, left two defenders for dead as he took the ball past them with ease before finding the back of the net with a finish well beyond his tender age.

Endrick kept his composure to lift the ball over the onrushing goalkeeper with a deft chip with his favoured left foot.