Manchester United have been fined £6,000 by UEFA for ‘improper conduct’ after five players collected yellow cards in last week’s win over Granada.

It means Shaw, Maguire and McTominay are suspended for the return leg at Old Trafford on Thursday evening, while Pogba is now one booking away from a one-game suspension in Europe. 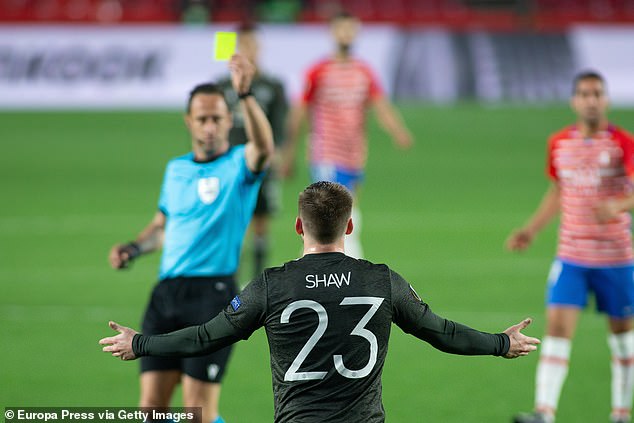 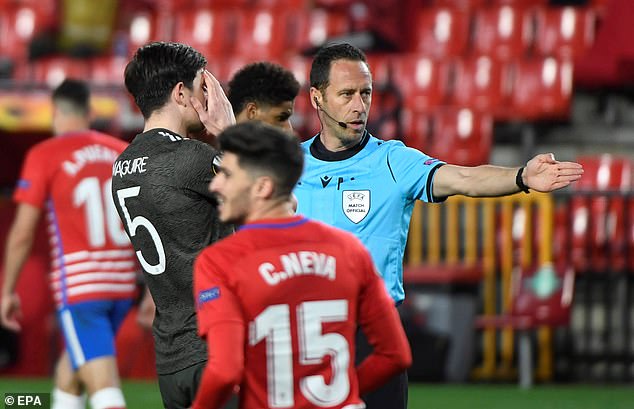 Dias was criticised for his performance because Granada committed 14 fouls to United’s 12 but only received two yellow cards.

And United manager Ole Gunnar Solskjaer said: ‘Losing three players is not a good position to be in. I don’t know we deserved those five yellow cards or however many we got, but that happened.’

United have 90 days to pay the fine, which was handed down by UEFA’s Control, Ethics and Disciplinary body on Wednesday. 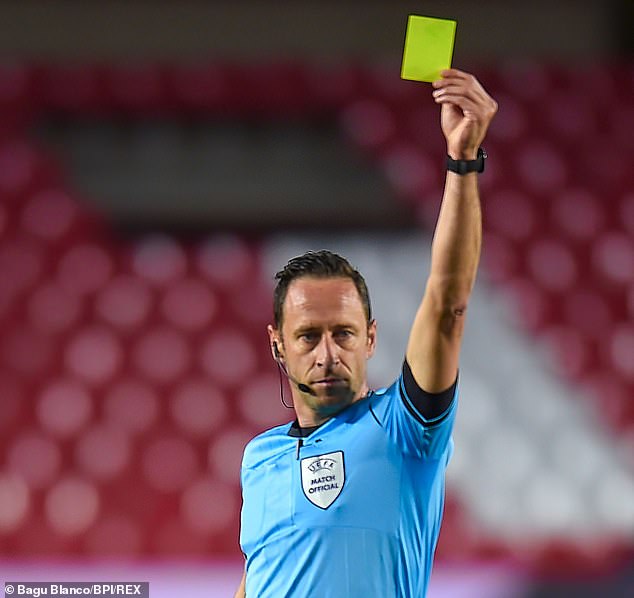 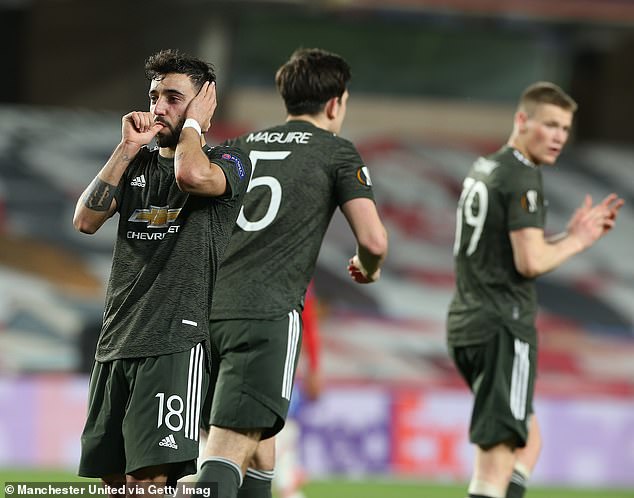 Solskjaer’s side are in a strong position after Marcus Rashford and Bruno Fernandes scoring during last Thursday’s first leg at the Estadio de Los Carmenes.

They followed that result up with Sunday’s 3-1 Premier League win at Tottenham Hotspur and are strong favourites to advance to a semi-final with either Ajax or Roma.

Roma won 2-1 in Amsterdam last week to gain the advantage in that quarter-final tie.