Both men’s and women’s teams undertook the tradition of bringing festive joy to patients, staff and families at the Royal Manchester Children’s Hospital, Francis House Children’s Hospice and The Christie.

The men’s side were unable to deliver gifts in person so packed gift bags and sent video messages in an attempt to raise spirits. 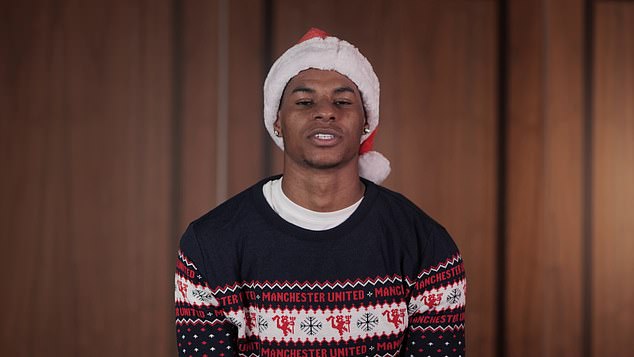 Both teams sent several United-themed presents such as shirts, hats and teddies to cheer up patients and staff at the hospitals.

Manchester United Women were able to visit in person – with head coach Marc Skinner and stars such as Mary Earps and Alessia Russo leading the trips to all three hospitals – posing for selfies, signing autographs and hand-delivering gifts.

The club thanked staff at the hospitals for their hard work throughout the year, with over 2,000 items expected to be delivered for staff and patients, with the visits led by the Manchester United Foundation. 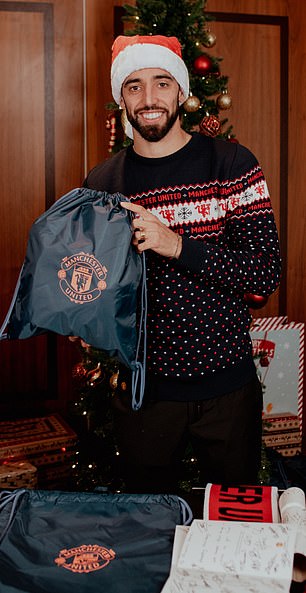 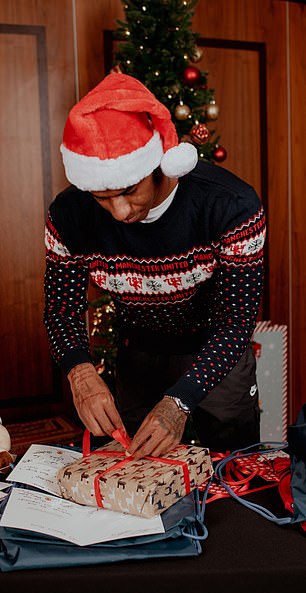 Marcus Rashford explained how he thoroughly embraces the work the players and club do at this time of the year in supporting the community.

The England and United star said: ‘It’s obviously something that as a team we enjoy doing, supporting the children and the staff at the hospitals.

‘To put a smile on young people’s faces and seeing them happy gives us a massive boost over Christmas.’

Harry Maguire, United club captain, added: ‘Supporting those in our local community is one of the most important things that we do as players and staff at Manchester United.’ 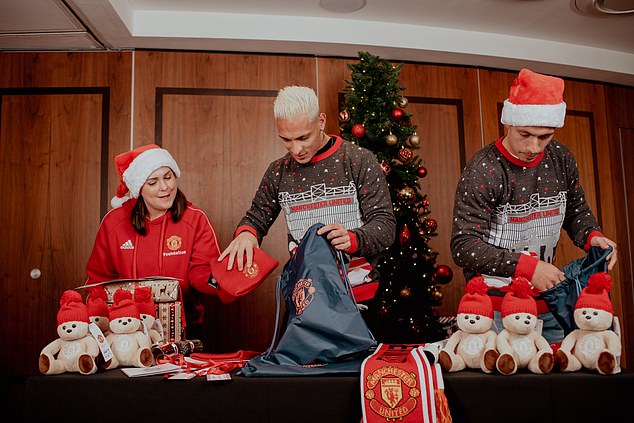 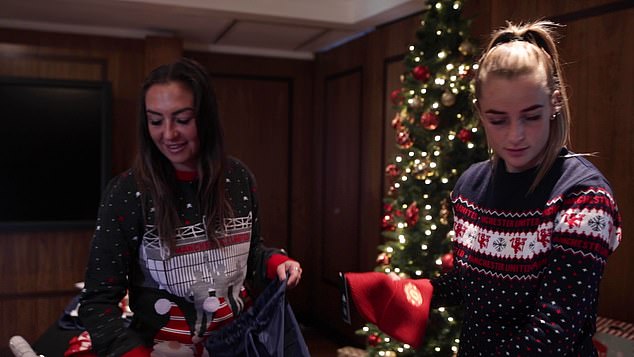 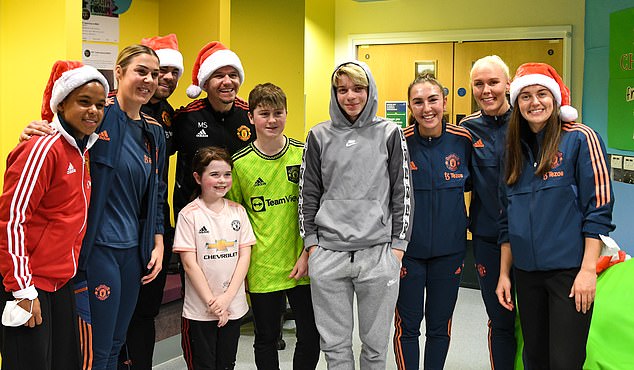 United Women’s captain Katie Zelem emphasised the views of Maguire and Rashford as she insisted these visits are what the club is all about.

She said: ‘We know how big of a club Manchester United is, but at the heart of it is always the community.’

The club’s hospital visits come at the time of the United Foundation’s winter response campaign, which attempts to help young people and families who are facing hardship over the coming months.

Already 2,400 items of Adidas kit have been donated and provided to those participating in the Foundation schemes, while more than 55,000 United-themed hats, gloves and scarves were given out to young people to help them through the winter.