Ten Hag: Martial can shine for Man Utd if he has the right focus

Both Manchester United and Newcastle have suffered setbacks in their pursuit of Brentford’s Ivan Toney as the Bees appear set to miss out on the striker’s likely replacement in Omar Marmoush. The Egyptian attacker is expected to stay with Wolfsburg this summer and the developments are likely to add to Brentford’s reluctance to allow Toney to depart in the current window.

It was recently claimed by Sky Deutschland that Thomas Frank’s team had submitted a ‘concrete offer’ to Wolfsburg for Marmoush, who excelled during a loan stint with fellow Bundesliga side Stuttgart last season. The 23-year-old struck three goals and registered a further five assists as he helped Die Roten ensure their top-flight status.

The winger was thought to have been seeking assurances over game-time with the Wolves next season and threatened to depart this summer if regular minutes couldn’t be offered. Brentford were understood to have tested Wolfsburg’s resolve with an offer, however it seems Marmoush’s future has now been resolved.

According to Sport 1 journalist Florian Plettenburg, the Egypt international is now likely to stay with Wolfsburg, who want to retain the player’s services in the current window. At present, a move has been ruled out, leaving Brentford to look elsewhere for attacking reinforcements. 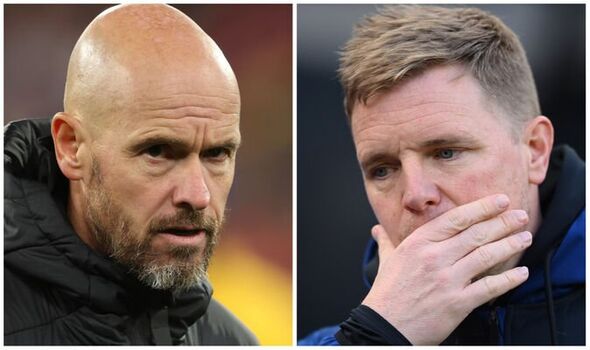 The change of stance is also likely to damage United and Newcastle’s chances of landing Toney this summer. The 26-year-old, who was previously on the Magpies’ books, has reportedly emerged as a transfer target for both Premier League sides.

With the Bees having seemingly been denied the opportunity to recruit Toney’s potential replacement, it seems increasingly unlikely Frank will allow the striker to depart this summer. Toney enjoyed a mightily impressive debut season in the Premier League last term, netting 12 goals and claiming five assists in 33 outings. 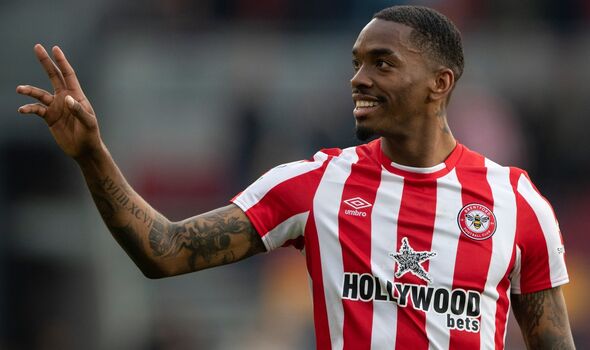 Despite the returning Anthony Martial having excelled for Erik ten Hag’s team during pre-season, United could well dip into the transfer market for further firepower as Cristiano Ronaldo’s future remains uncertain with the 37-year-old still seeking an Old Trafford exit this summer. Elsewhere, Newcastle missed out on long-term target Hugo Ekitike, after Paris Saint-Germain moved to sign the 20-year-old striker on an initial loan deal from fellow Ligue 1 outfit Reims.

Having been signed by Newcastle from Northampton Town back in 2015, Toney struggled for minutes at St. James’ Park and was subsequently loaned out on six occasions before being sold to Peterborough United in 2018. The striker’s goalscoring exploits with the Posh saw him snapped up Brentford two seasons later.

Toney then fired in 31 goals in 45 Championship games for the Bees to propel them to the Premier League in his debut season at the club. It is thought Brentford value the forward at around £30million this summer.