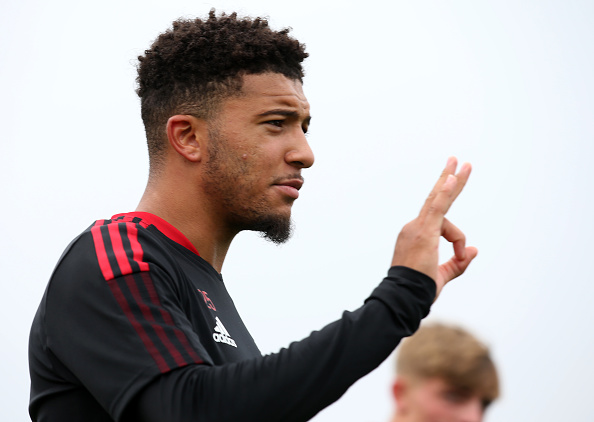 Manchester United beat Burnley 3-1 in a behind-closed doors friendly at Old Trafford with Jadon Sancho among those in action.

Sancho came off the bench for the final 15 minutes against Leeds United on Saturday and started against the Clarets on Tuesday afternoon, getting some more valuable minutes under his belt.

Despite being officially unveiled at the weekend, Raphael Varane was not involved having only started training with Ole Gunnar Solskjaer’s squad on Monday.

While just a friendly outing, United maintained their scoring form with Maguire and Lingard on the score sheet during the first half.

Fred was among those brought on at half-time with the Brazilian grabbing a second goal in two matches to make it three for the hosts.

Eric Bailly, who only returned to Manchester last week following his Olympics campaign with Ivory Coast, picked up a booking during the contest.

Paul Pogba, Bruno Fernandes, Mason Greenwood and Hannibal Mejbri were also among those handed minutes in the second period.

Phil Jones also made his return having previously not featured since January 2020.

United resume their Premier League campaign away to Southampton on Sunday.

Man Utd to be cheered on by 40,000 virtual fans in Old Trafford mosaic