Manchester United should try to sign Harry Kane this summer, but only if he is available at the right price. That is the opinion of former Manchester City defender Micah Richards, who believes United are the best fit for the Tottenham striker.

Kane has reportedly told Spurs that he wants to leave the club this summer following a disappointing season in north London.

The England striker has been typically reliable in front of goal this season but the club have failed to make any progress in the Premier League or Europe.

Spurs were knocked out of the Europa League by Dinamo Zagreb and have been massively inconsistent in the league.

At the age of 27, Kane now believes the time is right to move on in pursuit of trophies, with United, Man City and Chelsea all credited with interest in his signature.

City are in the market for a new striker, with Sergio Aguero set to leave the club next month, and have reportedly already made contact with Tottenham. 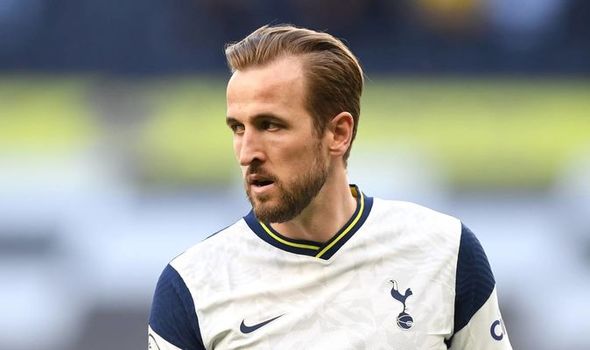 Kane still has three years left on his Spurs contract, leaving chairman Daniel Levy in a strong position when it comes to negotiating a possible transfer fee.

Richards believes that while both Manchester clubs could probably afford him, United would be the better option for Kane.

“I think it all comes down to how much the price is,” he said on Sky Sports ahead of Spurs’ Premier League game against Aston Villa on Wednesday.

“With Harry Kane, you’re going to get ready-made success. I think he’s best suited to Man United, I know Cavani has signed an extension there.

“£150m is too much, after the pandemic with everything that has happened. It’s too much money.”

United have signed Cavani up for another season and already have Anthony Martial, Marcus Rashford and Mason Greenwood on the books.

However, Ole Gunnar Solskjaer says that the club still want to sign a striker this summer, with Haaland and Kane the two names most frequently linked.

“We’re looking to strengthen the squad this summer,” Solskjaer told Sky Sports after United’s 1-1 draw against Fulham on Tuesday.

“Of course there’s many, many, many things you have to consider when putting a squad together.

“I’m not saying if Edi stays that means someone else in a forward position won’t come in.”