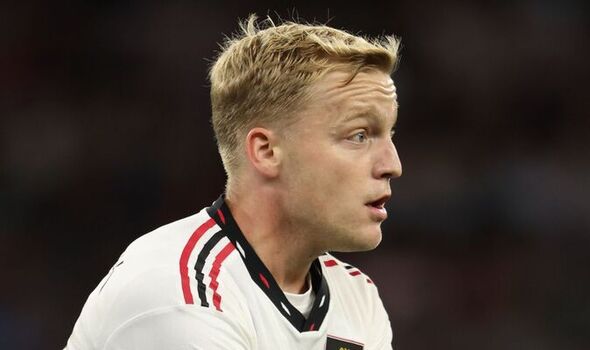 Erik ten Hag is hoping to bring the best from Donny van de Beek this season at Manchester United but on the basis of his display against Aston Villa in Perth, the Dutch tactician may have his work cut out. The exciting appointment of Ten Hag marked a line in the sand and presented the midfield technician with the chance to turn over a new leaf at Old Trafford following a wretched two-year spell with the Red Devils.

Van de Beek flattered to deceive in the 2020/21 campaign under Ole Gunnar Solskjaer before being shipped out on loan to Everton in January.

Now he is back to full fitness and ready to knuckle down in Manchester under his former Ajax manager, who is prepared to provide Van de Beek opportunities in midfield.

But once again, after the player was handed a start Down Under against Villa, it looked like another case of square peg, round hole.

Ultimately, Van de Beek is an attack-minded central midfielder, who likes to help build attacks in the middle of the field. 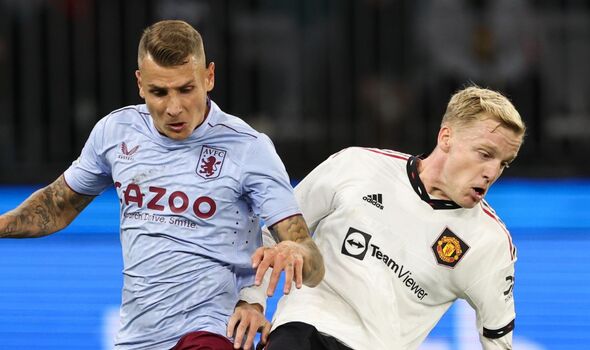 Bruno Fernandes is the club’s No 10 and it seems as though the pair just cannot seem to play together and connect with each other on the field. It’s still very early days under Ten Hag but it’s an all too familiar problem that continues to follow Van de Beek at United.

He needs to begin to provide answers to some of the question marks surrounding his adaptability to United’s way of playing. As a capable footballer and reasonably complete midfield, he needs to showcase his ability to play in a deeper role.

In truth, he looked slightly out of his depth against Villa alongside Fred, who to his credit, continues to get through the dog work in midfield.

Having a player of Van de Beek’s technical quality alongside him is seemingly the perfect blend of quality on paper but the Dutchman looks lost in the middle of the park.

A lot of his finest work takes place in similar areas of the field to where Fernandes operates and that is the hindering factor.

But top players must adapt and given United are set to sign at least one – potentially two new midfielders – Van de Beek must start to stake his claim at a starting berth.

With all due respect to Fred and Scott McTominay, they are hardly undroppable despite their obvious improvement.

If Van de Beek cannot move either of those out of the way, he may as well kiss goodbye to his hopes of playing regular football at Old Trafford next season.

It was a timid display in Perth, full of nervousness but if there was even a man to drive him to new heights, it’s Ten Hag, who knows Van de Beek like the back of his hand.

During their time together at Ajax, Van de Beek was quickly emerging as one of the brightest young midfield players in all of European football.

United clearly have a real star on their hands but they must now find a way of bringing the best from his skillset, although they cannot do it all alone.

Some will say pre-season friendlies are meaningless but to Jadon Sancho, Marcus Rashford and Anthony Martial – they have been worth their weight in gold. They are all ready to attack the new season, while Van de Beek is at yet another crossroads.

Carra mocked by Henry and Richards before he invites LeBron to Paris!