Manchester United boss Ole Gunnar Solskjaer has hinted he sees securing a place in the Premier League top four as more of a priority than the Europa League and FA Cup. The Norwegian is preparing his side as they gear up for the return of the domestic campaign. The Red Devils are due to tackle Tottenham in north London on June 19, having not played since March as a result of the coronavirus crisis.

Speaking to United’s official website, Solskjaer was asked what it would mean to win a major trophy in his first full season as manager.

But while he admitted he’d love to win silverware, he’s also hinted that he sees the Premier League as more of a priority.

“Of course, when you get to Man United, you want to end the season with trophies,” he said.

“But trophies won’t be what we’re talking about now.

“We’ve got to make sure we make this short spell before next season a good one for us and if it ends up with trophies, fantastic.

“We’ve just got to focus on what we can control and that’s our own performances. If that takes us to a final or two, it would be great. 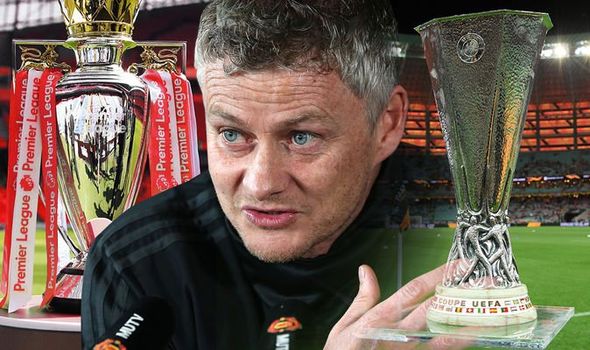 “I’m focused on each game as it comes but also on developing this team. It’s a young team with some great talent, some great work-rate, personalities… the human qualities in the group are fantastic.

Solskjaer also praised the spirit of his United players – and the club for their reaction amid the pandemic.

“In any interview, I’d say, ‘Yes the mood is great and the spirit’s good’ but it has been really good,” he said.

“I think everyone can see over the last few months how the players have behaved and dealt with it and how we as a club have dealt with it. 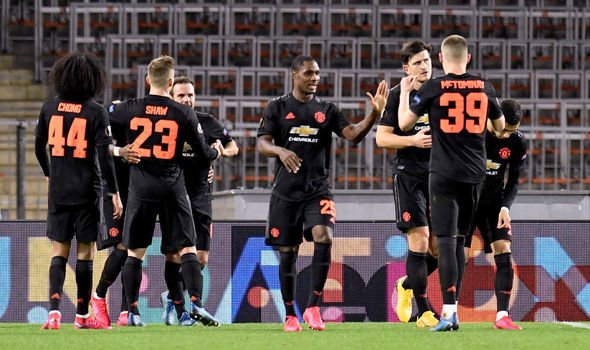 “The players have kept themselves fit as well, which has been great. The weather was fantastic when they got going in small groups and gradually now, as we’ve got into contact training, you can see a little bit more of the edge but also the camaraderie and team bonding.

“That’s vital for me in a team. That’s one of the main things, that we are a team and the team goes before anything else.”

The Premier League will be played out behind closed doors when it returns later in the month.

And Solskjaer has send a message to supporters, saying: “Yes, of course, we miss them.

“The players miss them, we as coaches miss them. I miss and we will miss the matchday atmosphere.

“It’s not a cliche that our fans play a big part in our home games and even away games.

“My message will be to stay patient, as we have all been, to support the team, and when we get back to normality, we will hopefully see you soon.”

United were on a fine run before football grinded to a halt.

They have gone 11 games unbeaten, winning eight and drawing three throughout that time.