Manchester United boss Ole Gunnar Solskjaer has insisted Edinson Cavani will be ready to start matches ‘very soon’. The Uruguay international was criticised by Roy Keane for failing to warm up against Arsenal on Sunday. But his manager has now leapt to his defence.

Manchester United signed Cavani on transfer deadline day, turning to the veteran after admitting defeat in their attempts to bring Jadon Sancho to Old Trafford.

The 33-year-old has made three substitute cameos for the club so far against Chelsea, RB Leipzig and Arsenal so far.

United legend Keane slammed the Uruguay international after the match against the Gunners, however, saying: “The guys turned up today, we looked at the warm-ups, I’m intrigued when I look at the warm-ups, Cavani never tried a leg, he didn’t actually do a warm-up did he.

“And then he’s coming on as sub for Manchester United going, ‘can you get us back in the game?’.

“And Ole’s talking about, ‘well we have to get him up to speed’. Sometimes it’s up to the player to do something.”

Yet Solskjaer has now defended the forward and insisted that, after a teething period, he’ll be ready to start matches ‘very soon’. 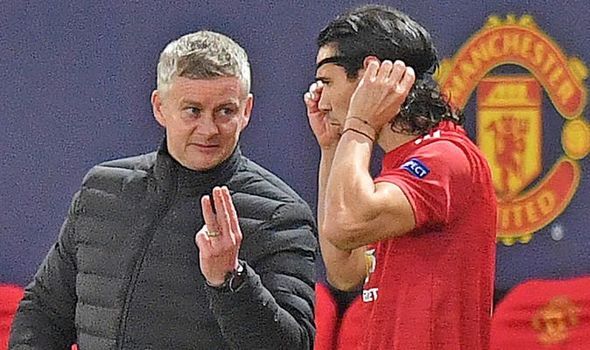 “Edinson’s generally a fit man anyway and he’s getting his sharpness in training and he’s got some substitute appearances now,” the Norwegian told United’s official website.

“We haven’t managed to get him long enough yet to make a big impact.

“But he’s looking sharper and sharper in training so it won’t be long.”

Speaking at his pre-match press conference, Solskjaer also jumped to the defence of Paul Pogba.

The United star made the headlines after conceding a penalty in the 1-0 defeat to Arsenal on Sunday, which allowed Pierre-Emerick Aubameyang to give the north London giants all three points. 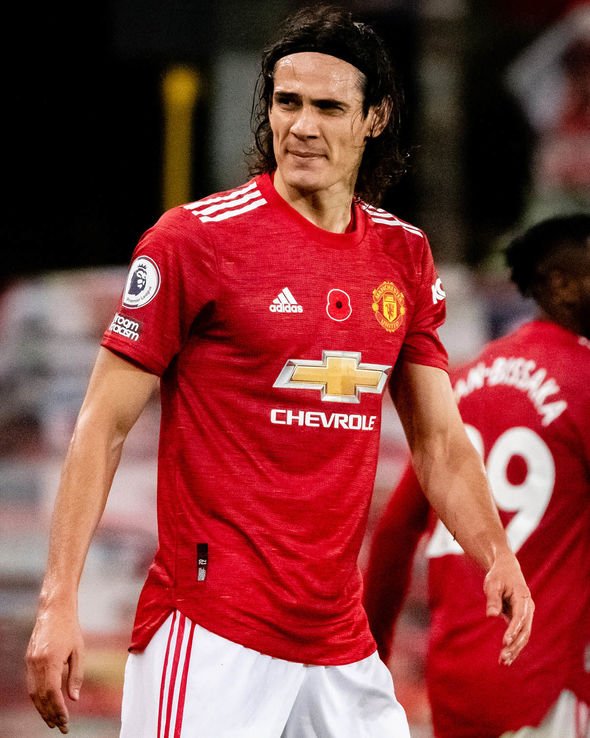 That came after Pogba had laboured in defeats to Crystal Palace and Tottenham, while he also struggled in the 3-2 win over Brighton at the end of September.

And Solskjaer said of the 27-year-old: “Every player is frustrated after the defeat.

“We need consistency from every one of our players. Paul has had a difficult period with injury, with COVID, so I think we have seen plenty of positives.”

Meanwhile, former Rangers boss Ally McCoist feels Solskjaer has a big decision to make on Pogba given his bad form.

“It’s quite simple, I think Ole ‘s got a decision to make – he either plays him or he sells him,” he told talkSport.

“I think it’s as simple as that.

“He’s not the kind of player you’d have around the place if he’s not playing, I don’t think, because he wouldn’t want to be there, and I don’t think here ‘s any doubt about that.

“That’s just ONE of the big decisions Ole has to make, because if he ‘s going to play Pogba, he’s got to play him and let him get on with it.

“Give him a run of seven, eight, nine, ten games and get on with it, find a formation that suits Manchester United, suits Pogba and suits them moving forward.

“If he doesn’t, it think he’s got to sell him in the [January] window.”