Manchester United manager Ole Gunnar Solskjaer has confirmed he is indeed open to forming a strong midfield duo between Paul Pogba and Bruno Fernandes once the season restarts. Fernandes joined United during the January transfer window and has been prolific for the team ever since as he has helped them climb up the table and make a strong case for a top-four finish.

However, the midfielder has yet to link up with Pogba as the France international has been sidelined ever since Boxing Day due to recurring ankle problems.

But the fans have been wanting to see what those two athletes could do on the pitch together and may get their wish once the Premier League restarts as Solskjaer is indeed keen to trying out a partnership between them.

However, the Norwegian manager insists that he has many other players to choose for that position, such as Fred, Scott McTominay and Nemanja Matic. 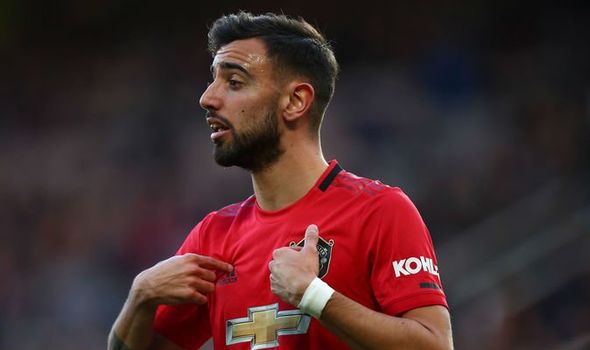 “But then again I’ve got Scott, Fred, Nemanja. There’s many games coming up and we’re looking forward to it.

“I think it’s exciting, we do have an exciting squad.

“Of course Bruno coming in [and] make an impact, he has been great for everyone – it was a boost for the club, for the supporters, for the players.

“Getting Marcus [Rashford] back would be fantastic, Eric Bailly suddenly came back and the performances he put out were fantastic.

“We’re in a really good stage fitness-wise, Marcus has been out for four months and now we’re getting him back.

“We’re looking forward to starting when that will be.”