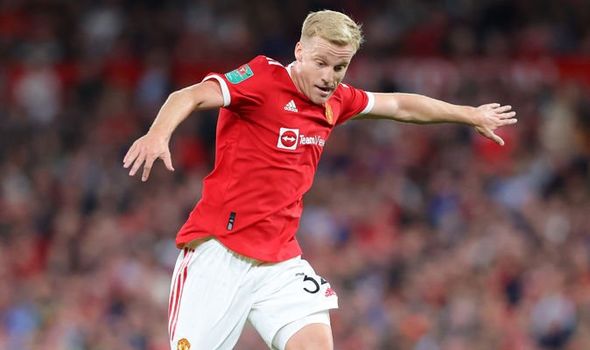 Manchester United boss Ole Gunnar Solskjaer has risked angering his star players after he left midfielder Donny van de Beek out of the starting line-up once again for his side’s Premier League clash with Watford.

During his debut season at Old Trafford, Van de Beek made 36 appearances for the club, although many of those came from the bench.

The 24-year-old was expected to kick-on this season but has been restricted to just 16 minutes of Premier League action all season.

He started United’s 2-1 Champions League defeat to Young Boys in September but was hooked at half time after a poor display.

And he then took his place in Solskjaer’s starting team just over a week later as United were knocked out of the Carabao Cup by West Ham.

Van de Beek has dropped off the radar since those two appearances and has barely taken to the pitch in the last two months.