Manchester United beat Sheffield United 3-0 last night in the Premier League and Alan Shearer was impressed with how many players they threw forward throughout the match. Anthony Martial netted a hat-trick but the Red Devils could have gone on to score even more.

It keeps their chances alive of finishing in the top four with Chelsea just two points ahead of Ole Gunnar Solskjaer’s side.

And Shearer believes the attacking intent used by United is the big change they have made under the Norwegian.

It is a throwback to when Sir Alex Ferguson was in charge and the team always played with attacking flair and confidence.

“There are definitely big improvements, particularly going forward in the number of players they were committing,” Shearer said on Match of the Day on Wednesday night. 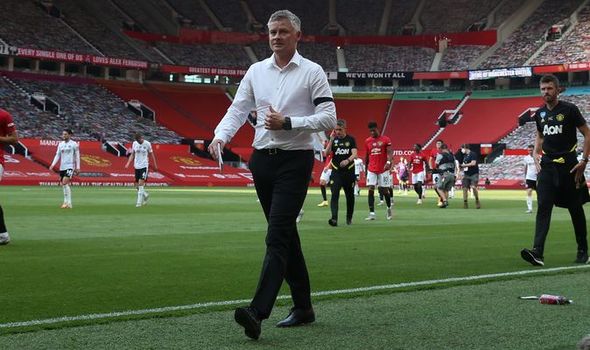 “At times, they had five or six players… when the team (Sheffield United) presses that high it’s what United want because they have the pace to hurt you.

“They’re certainly playing with confidence and they look fresh.

“Sheffield United were poor defensively and they’re missing big players but Martial looked so lively in and around the six-yard box. His finishing was superb.

“Look at the men they’ve got in the box ready to finish it off (for the second goal). If it doesn’t fall to Martial there it goes to someone else.

“This (the third goal) was sublime. Little touch from Bruno Fernandes, into Martial, give and go, a pass into his path and the finish was excellent.

“A hat-trick for him and his first hat-trick in English football. Very, very good.”

United boss Solskjaer was happy with the way his side performed at Old Trafford to keep the pressure on Chelsea.

He was also full of praise for Martial who finished expertly in front of goal. 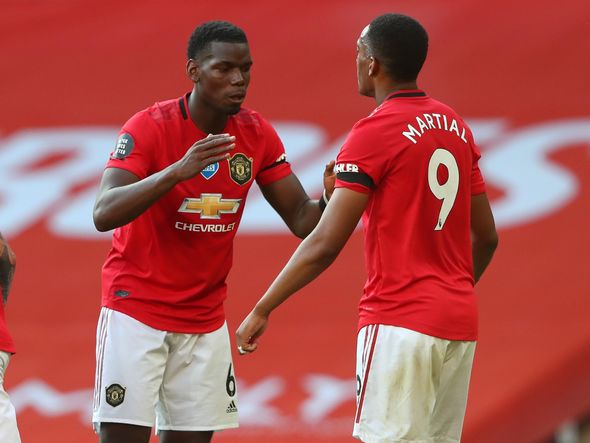 “I’m very pleased with Anthony’s development and he knows that we want him to do well and we work with him and the forwards all the time on finishing,” Solskjaer explained.

“Today, he got the rewards for the hard work he’s put in. His pressing goes unnoticed.

“I think, today, he was exceptional and, at Tottenham, the pressing he showed from the front was really good, so I’m very happy.”

United return to action against Norwich in an FA Cup quarter-final on Saturday (5.30pm).