Manchester United supremo Ed Woodward is reportedly reluctant to pay £40million for Bournemouth’s Nathan Ake. The Netherlands international has become a target for Ole Gunnar Solskjaer amid his fine form for the Cherries. But it seems United aren’t willing to spend big on bringing the 25-year-old to Old Trafford.

Manchester United boss Solskjaer recently played down talk of a move for Ake.

He had been spotted talking to the Bournemouth star after the Red Devils’ 5-2 win over the Cherries earlier in the month, with fans believing he endorsed a move to Old Trafford.

Yet while United have played down talk of signing Ake, The Athletic say the 25-year-old is of interest to Solskjaer’s side.

However, Woodward and the United hierarchy aren’t willing to pay £40m for the Dutchman.

And that’s because they also have other defensive targets in mind. While no names are mentioned, several players have been tipped to join by other publications.

Kalidou Koulibaly remains admired behind the scenes at Old Trafford, although Premier League rivals Liverpool and Manchester City are keen too. 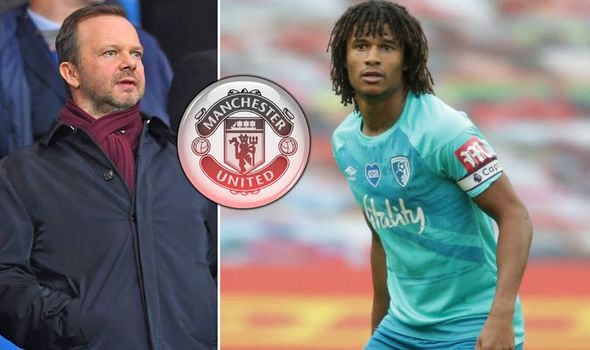 And links to the likes of Tyrone Mings and Alessio Romagnoli, of Aston Villa and AC Milan respectively, are refusing to die down too.

United have seven centre-backs on their books at present.

Harry Maguire and Victor Lindelof are both here to stay, with the players striking up a strong connection at the back under Solskjaer this season.

But question marks surround the other five.

Eric Bailly has struggled with injuries ever since his arrival from La Liga side Villarreal back in 2016, with the Ivory Coast international struggling to kick on. 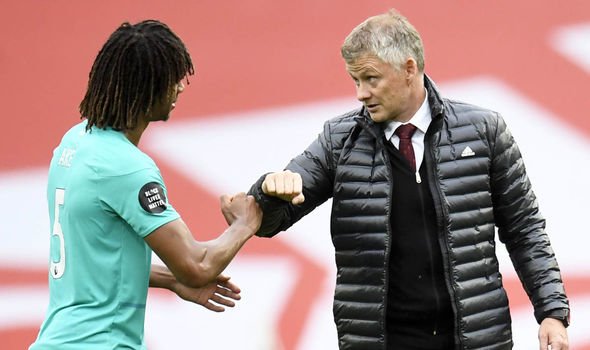 Axel Tuanzebe has been regularly sidelined this season, too, ever since returning from a positive loan spell at Aston Villa.

Phil Jones and Chris Smalling are both expected to be sold, with the duo having no future at the club while Solskjaer remains in charge.

And they have talented youngster Teden Mengi on the books, too, with the defender recently fast-tracked into the first team.

Regarding transfers, Solskjaer recently admitted he was unsure how much he’d have to spend on new recruits when the window reopens.

“I think the pandemic has hit everyone really hard,” said the Norwegian.

“I still think we need to wait and see how things are panning out to know the real effects of the pandemic, to know what kind of financial state we are in.

“We’ll have to take a big look at things ourselves to see how hard we’ve been hit. I know the club has announced a few numbers before.

“It’s not for me to say here now we are going to have X amount because I don’t really know.

“I don’t really know how hard we have been hit. We are a financially strong club, but we are also probably being hit more than anybody else.

“Let’s see how quickly we can get our fans back into the stadium and of course the league position is going to be important for us this season. If we can get a trophy, the FA Cup or the Europa League.

“The Europa League will also qualify us for the Champions League, there’s still a lot of uncertainty and these three or four months, every businessman in the world, every footballer in the world, I think everyone is still unsure what the effect will be.”