Manchester United supremo Ed Woodward has opened up on the club’s financial results for Q4. And it’s not easy reading for the club, even if there are positives to take. Football has been played behind closed doors since resuming in June and the impact of that has now been outlined.

The United Kingdom was plunged into lockdown back in March and, with the coronavirus crisis showing no signs of slowing up, that’s impacted United.

Firstly, however, the good news.

Their retail revenue was, however, drastically down.

United posted that at £96.3m, a decrease of £5.8m on 12 months ago due to the closure of the club’s official Old Trafford Megastore from March. 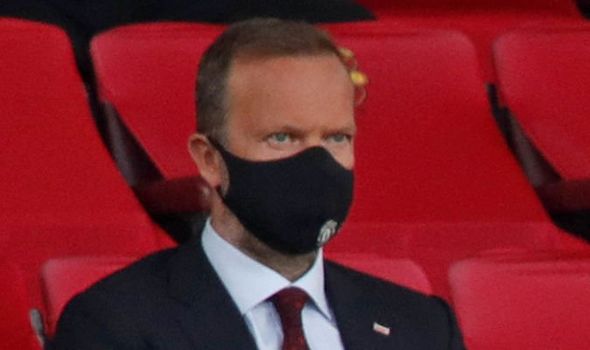 Broadcasting revenue was also down.

United lost out on £101m due to the club not being in the Champions League, as well as because 10 home and away matches from last season being played at the start of the new financial year as opposed to their old one.

United extended their shirt sponsorship deal with Chevrolet by six months, to December 2021, to address the financial impact of the Covid-19 pandemic.

Executive Vice Chairman Woodward said: “Our focus remains on protecting the health of our colleagues, fans and community while adapting to the significant economic ramifications of the pandemic.

“Within that context, our top priority is to get fans back into the stadium safely and as soon as possible. 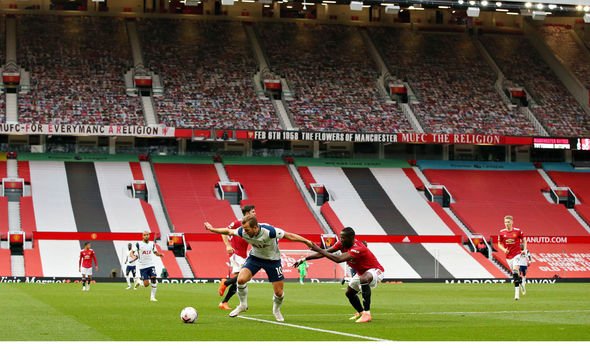 “We are also committed to playing a constructive role in helping the wider football pyramid through this period of adversity, while exploring options for making the English game stronger and more sustainable in the long-term.

“This requires strategic vision and leadership from all stakeholders, and we look forward to helping drive forward that process in a timely manner.

“On the pitch, we have strengthened the team over the summer and we remain committed to our objective of winning trophies, playing entertaining, attacking football with a blend of Academy graduates and high-quality recruits, while carefully managing our resources to protect the long-term resilience of the Club.”

Due to Covid-19, only one Premier League home match, two away matches and an FA Cup quarter-final were played during the fiscal fourth quarter, all of them behind closed doors.

Back in May, United revealed that their debt had risen by 42 per cent as figures showed the damage caused by the Covid-19 pandemic.

Broadcasting, matchday and retail revenue were all down by more than £30m in the first three months of 2020.

And that forced the club to withdraw their previous revenue forecast of between £560m-£580m.

Paul Merson reveals his Premier League team of the season