Manchester United chiefs want to tie up two transfers after completing a deal to sign Donny van de Beek from Ajax for £40million, according to The Sun. United are on the verge of confirming the signing of the midfielder, and will then apparently target a centre-back and left-back.

United are finally getting going in the transfer market after a slow start to the window.

Having been tipped to splash the cash due to their healthy financial situation, they were heavily linked with Jadon Sancho at the start of the window.

However, with Borussia Dortmund demanding £108m for the winger, and United unwilling to pay that much in one lump sum, they’ve started to look elsewhere.

Van de Beek looks set to become their first signing of the window, and could be confirmed as their newest signing today after completing a medical over the bank holiday weekend. 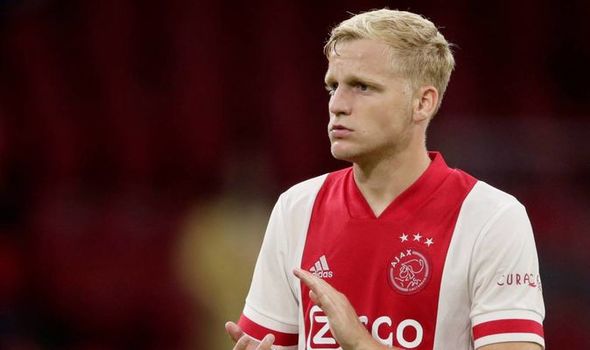 But they aren’t done there, and are now expected to prioritise improving their defensive options.

The Sun claims United chiefs want a new centre-back and left-back after wrapping up the Van de Beek deal.

The Red Devils had been previously linked with Fode Ballo-Toure, Monaco’s 23-year-old left-back.

If he was signed, United would then move Brandon Williams across the defence to be Aaron Wan-Bissaka’s backup right-back option.

In terms of a centre-back, Dayot Upamecano is believed to be their top target.

The RB Leipzig youngster has been tipped to leave the beaten Champions League semi-finalists, with Arsenal previously linked.

He signed a new contract at the end of July to keep him at Leipzig until 2023, but his new contract crucially removed his old release clause.

Upamecano previously had a release clause of £60m, which Arsenal viewed as too much for them to spend at the time. 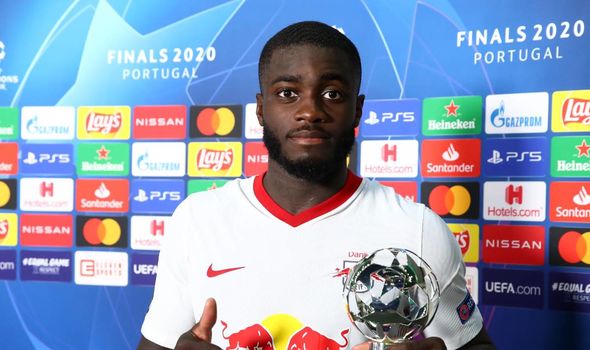 Now, United could take advantage of their decision not to pounce, and are expected to make a formal bid at some point.

The French 21-year-old had a superb season for Leipzig and played a key role in their Champions League run.

Speaking this week, Upamecano confirmed he could well be on the move this summer, saying: “I extended in Leipzig, because I feel good with my team-mates and my coach. I’m good at Leipzig.

‘It’s true that I’m in great demand. I speak with clubs, but I’m in no rush and we’ll see what happens in the future.”

Steve Bruce: 'Gap is growing' between top and bottom of Premier League