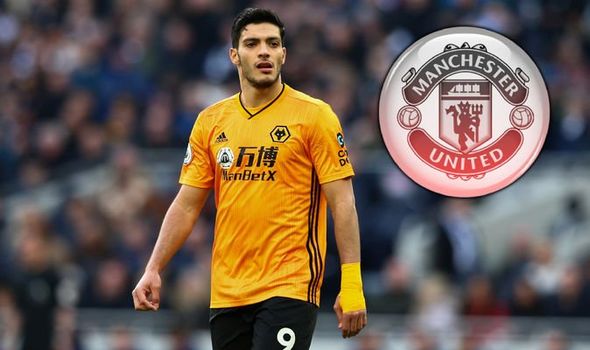 Manchester United are reportedly closing in on Wolves striker Raul Jimenez, having watched Chelsea agree a contract with RB Leipzig’s Timo Werner. Wolves are desperate to keep the Mexican but he is keen to land another big payday as his career steadily enters its twilight years.

The 29-year-old has mustered 22 goals and 10 assists this season in 44 appearances this term having been one of the deadliest marksmen in England in his three seasons at Molineux.

Having spent a year on loan from Benfica before making his move permanent last summer for around £34million, Jimenez has managed 39 goals and 18 assists in 88 appearances for the Midlands club.

Such form has piqued the attention of United boss Ole Gunnar Solskjaer, who is keen to strengthen his squad in the final third with the likes of Jadon Sancho and Jack Grealish other targets.

Werner was also on the Norwegian’s radar but the German international, also courted by Liverpool, is now on the cusp of a move to Stamford Bridge. 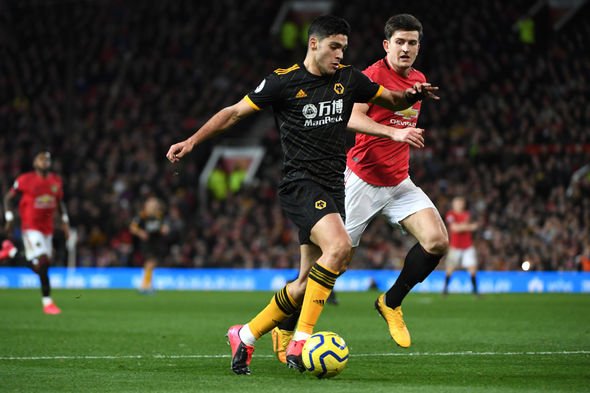 The 24-year-old has agreed a long-term contract, which will make him the Blues’ highest-paid player, with Chelsea set to activate the £53million release clause in his contract.

And the Sunday Mirror say that now, United are honing in on Wolves’ Jimenez, despite Nuno Espirito Santo’s ambitions to keep his talismanic frontman.

Jimenez, and Adama Traore who is said to have been the subject of a transfer enquiry from Liverpool, are crucial components of Nuno’s side.

But it is claimed that while Wolves are not in need of cash and that £100m for the duo would be of little consolation, Jimenez could be tempted by a switch to Old Trafford. 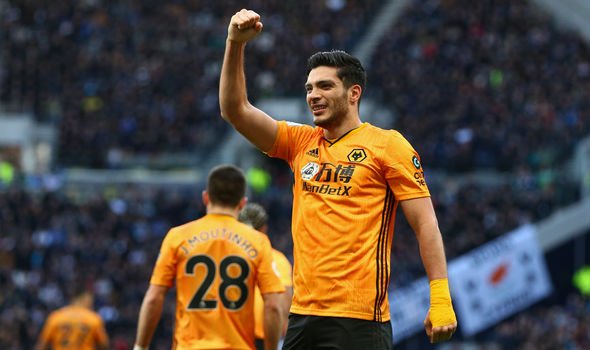 The lure of playing for the 20-time champions of England and the rise in wages that could come with it may be too much for the South American to turn down.

Jimenez’s agent, Jorge Mendes, also has strong connections with United which would make a potential switch all the more workable.

Wolves are resigned to interest but while Jimenez is under contract until 2023, the club may be unable to convince their all-time leading Premier League scorer to stay.

Speaking about his future recently, Jimenez – who has also been linked to Juventus – said he was “open” to a potential switch, with it likely he would cost well over the fee Wolves paid to sign him two years ago.

He said: “I find out [about the links with other clubs] through social media.

“They have already put me at Real Madrid, Chelsea, Manchester United, Arsenal and every day comes out a new team that want [to sign] me.

“I have to be calm. If they are talking about me it is because I am doing things well; I would like to continue in England.

“I am happy, adapted and I like the idea [of staying in the Premier League].

“If you tell me that tomorrow an offer from Real Madrid or Barcelona comes, it is obvious that you do not let such an opportunity go.

“But if I stay here [at Wolves] I am fighting to qualify for the Champions League, for important things.

“Fighting for the title still seems difficult but we are in the Europe League round-of-16.

“I think that I made the right decision to come here [to Wolves] and I do not regret it.

“Leaving the doors open for anything is the most important thing.

“With Wolves we are fighting for the Champions League, I am happy and I am an important player for the fans and for the team.

“I am fine, I do not close any doors, I am open to whatever comes but it does not stop me sleeping.”