Manchester United have confirmed Luke Shaw and Axel Tuanzebe will definitely miss the club’s Champions League clash with Paris Saint-Germain on Wednesday. The pair both sparkled in the 2-1 victory at the Parc des Princes in October. But they won’t play any part in the showdown at Old Trafford on Wednesday night.

United tackle PSG in the Champions League aiming to continue their recent improvement in form.

Ole Gunnar Solskjaer appeared a dead man walking after a 1-0 defeat to Arsenal, which was then followed up with a 2-1 loss to Istanbul Basaksehir.

But, since then, United have started to get their mojo back.

They’ve beaten Everton, Istanbul Basaksehir, West Brom and Southampton to record four wins on the trot – making their season all the more healthier in the process.

When it comes to the Champions League, the Red Devils have recorded three wins from four matches – and another victory against PSG on Wednesday would see them go through.

And, ahead of that match, United’s official website have confirmed two players will definitely miss the contest. 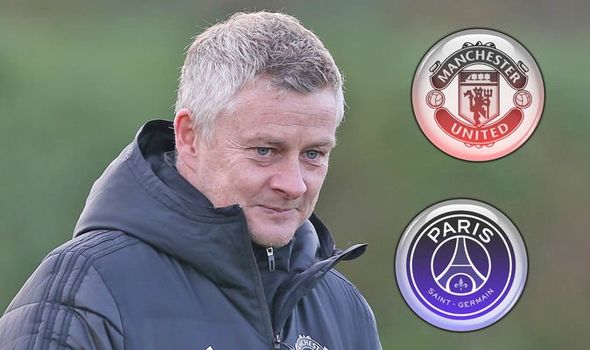 One of those is Luke Shaw, who was ruled out for around a month after picking up a hamstring injury in the 3-1 victory over Everton at Goodison Park.

And United also confirmed Axel Tuanzebe is suspended, after receiving a one-match ban in the competition in the 4-1 win over Istanbul Basaksehir last week.

United are sweating on the fitness of many players ahead of the match.

David De Gea, Alex Telles, Paul Pogba, Scott McTominay and Anthony Martial are all in a race against time to be involved. Martial was sent home from training after just 11 minutes on Monday.

Solskjaer opened up on his squad after the dramatic 3-2 win over Southampton on Sunday, saying: “It’s a knock just above the knee [for De Gea].

“So we’ll have a scan and check on him tomorrow. Hopefully he can be ready for Wednesday but can’t promise anything now. 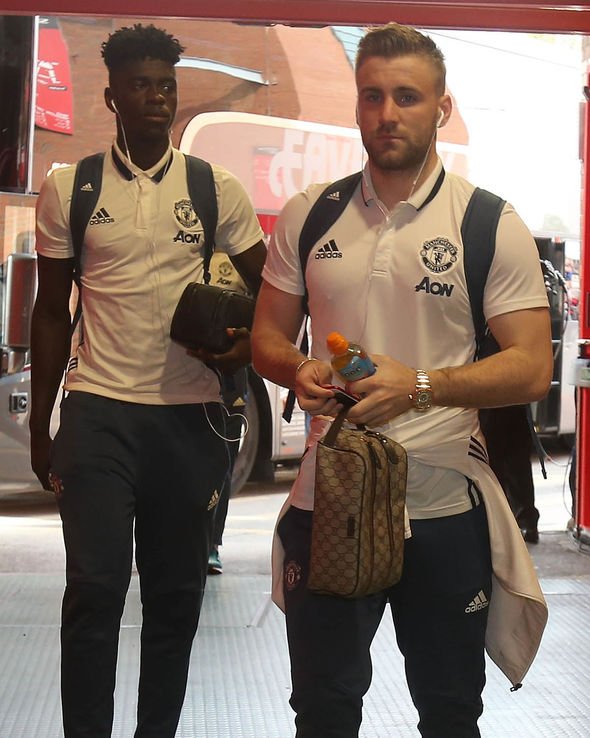 “Dean [Henderson] came on, very assured, had a couple of half-saves to make but he was tidy and safe with the ball at his feet.

“Anthony had to stay in the hotel, he got ill overnight and he is down here still. Paul and Scott hopefully can start training with us tomorrow, Luke is out still, we’re not 100% sure.

“Jesse [Lingard]’s back. Phil Jones is out {and also ineligible]. David: I don’t know how he’ll react to his knock and bang.

“Alex had an issue towards the end but hopefully won’t be too bad.”

Solskjaer is set to delve deeper into his player’s fitness conditions when he speaks in his pre-match press conference at 1pm.

Meanwhile, BBC Sport pundit Garth Crooks thinks United have to find a way to accommodate Bruno Fernandes, Pogba and Edinson Cavani into the same side.

He told BBC Sport: “Had it not been for the determination of Bruno Fernandes, Manchester United would be licking their wounds.

“The Portugal international was yet again United’s inspiration, leading an impressive comeback at Southampton.

“With five minutes left there was only one team that was going to win this match, and it wasn’t the home side.

“The more the Saints started to run out of steam, the more United began to pile on the pressure.

“If United boss Ole Gunnar Solskjaer can get Paul Pogba in the right frame of mind and playing with Fernandes and Edinson Cavani, anything is possible.”