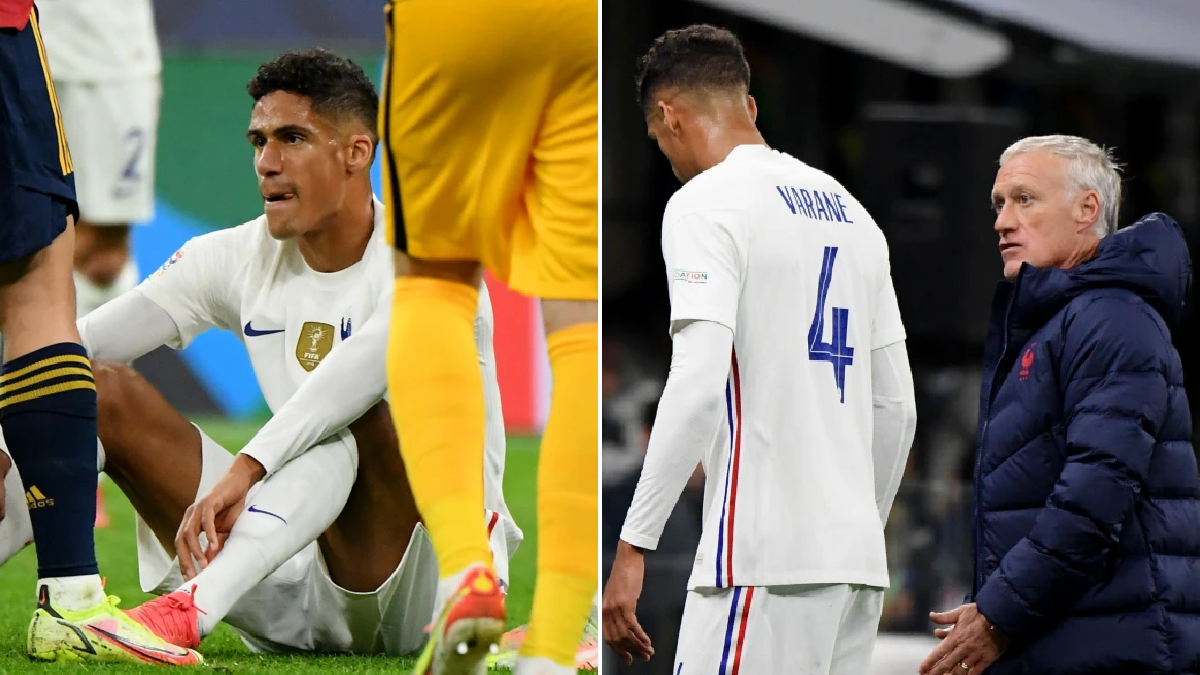 Manchester United have been dealt a potentially huge injury blow after Raphael Varane limped out of Sunday night’s UEFA Nations League final between France and Spain.

The Frenchman was picked to start in a back three formation but was forced out of the contest in the 41st minute after pulling up and grimacing in the act of clearing a cross.

Spain had burst down the right flank and Barcelona teenager Gavi sent a teasing ball into the box, where former Real Madrid defender Varane was on hand to send the ball behind for a corner.

But he looked in serious discomfort after doing so, gingerly jogging off the pitch and doubling over, though he did return to the field and tried to continue playing.

Replays suggested the Frenchman might have felt something go a millisecond before intercepting the ball – and to make matters even worse, the attack should have been flagged for offside.

Hugo Lloris claimed the resulting corner but just as he looked to launch the ball forward, Varane sat down on the ground and gestured for the physios to come onto the pitch.

He did not receive any treatment, and at one point seemed to be holding his ankle, while he covered his mouth with his hand as he explained his issue to the physios.

Didier Deschamps was clearly unwilling to risk making the injury any worse and immediately readied Bayern Munich centre-back Dayot Upamecano to come on.

Varane was able to walk off the pitch unaided but looked a little hampered in his movement, though he did not need to go straight down the tunnel as he sat down on the bench to watch the rest of the match.

The injury will be a big worry for United who are already without skipper Harry Maguire, who missed the last match before the international break against Everton after picking up an injury against Aston Villa.

Manager Ole Gunnar Solskjaer was unsure about the possibility of Maguire returning in time to face Leicester City next week, meaning United may be required to field a centre-back partnership of Victor Lindelof and Eric Bailly.