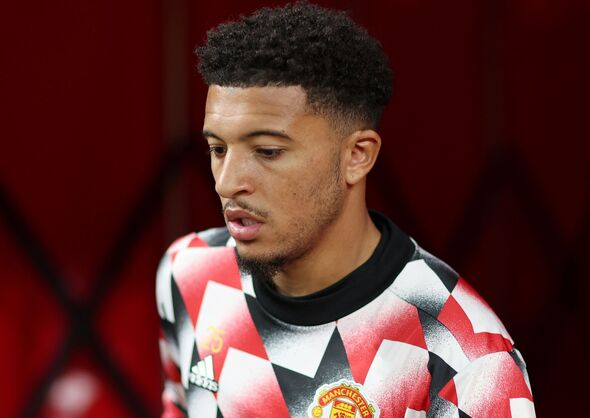 Manchester United will not rush Jadon Sancho back into Premier League action after the England outcast finally returned to first-team training. Sancho had been sent to train alone with specialist coaches in a bid to improve his confidence, but is now back in the fold at Old Trafford.

The 22-year-old has not featured since United’s 1-1 draw with Chelsea on October 22. Manager Erik ten Hag and his coaching staff provided the player with an individual plan designed to improve his confidence and performances. Sancho has been training alone since the start of the World Cup.

It was reported on Monday that Sancho has now returned to full first-team training at the club’s Carrington complex. However, United reportedly plan to ease him into action.

United’s Premier League clash with Crystal Palace on Wednesday evening has come too soon for the former Borussia Dortmund ace. It has also been deemed that it would be unfair to throw him into Sunday’s top-of-the-table battle with Arsenal having trained alone for so long.

That is according to the Daily Mail, who report that Unite have devised a plan to ease Sancho back into competitive first-team football.

Ten Hag said of Sancho last month: “I would like to have Jadon back as soon as possible. I will do everything that’s in my power, but some processes you can’t force and this is one of them. So I have also to show patience.

“We have some hurdles to take but I think he’s in a good direction. In this moment he is not fit enough. I said, physical. He is now making good progress on the physical part and that will help him. Physical is also the connection with mental. I hope he can return quickly but I can’t say how long it will be.”