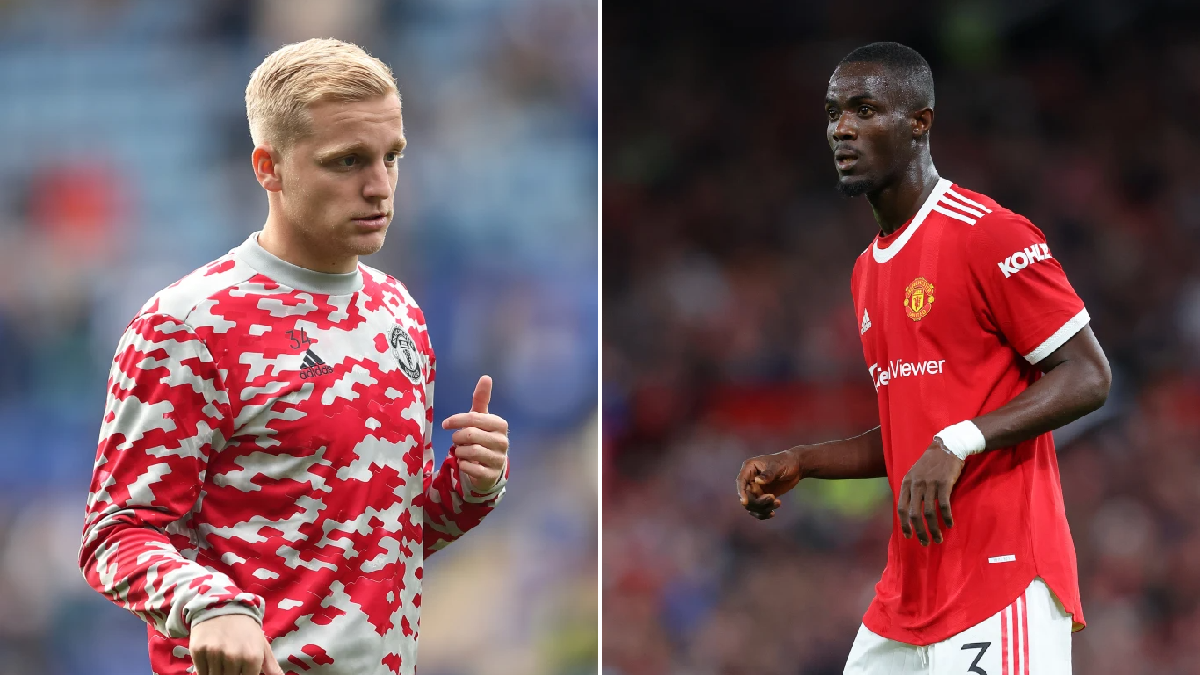 The talented pair have hardly featured under the Norwegian and are now seeking assurances over their futures at the club, according to The Sun.

Van de Beek has made just two starts in all competitions this season along with one substitute appearance in the Premier League.

Despite United crying out for more creativity in the middle of the park, the Dutchman has failed to find a way into Solskjaer’s plans with Fred and Scott McTominay in his preferred formation as a defensive-midfield pairing.

His lack of game time at club level has seen him lose his position within the Netherlands set up and with next year’s World Cup fast approaching the 24-year-old is desperate for playing time.

Van de Beek has been linked with a loan move away from United in the past and will likely once again attract interest from clubs in January but Solskjaer has so far refused to let him leave.

The Sun say it’s not just the former Ajax man wanting answers over his future at the club though with defender Bailly also having concerns.

Bailly penned a new long-term deal last April but has fallen out of favour under Solskjaer.

Raphael Varane’s arrival in the summer now sees him start alongside Harry Maguire, and on the occasion either of the pair have suffered injury, Victor Lindelof has stepped in.

The Ivorian’s only minutes this season came in the 1-0 defeat to West Ham in the EFL Cup.

Bailly is also said to have been left frustrated at Solskjaer’s decision to start Harry Maguire in the 4-2 defeat to Leicester with the captain seemingly rushed back from injury and having a game to forget.

A jam-packed festive fixture list will see Bailly and Van de Beek hope they are given chances to impress with Solskjaer not afraid to rotate his squad.

In the new year there will also be FA Cup matches alongside Champions League games, providing United progress from their group, and league matches when the pair will be pushing for starts.