Manchester United are reportedly set to announce the signing of Ajax star Donny van de Beek ‘in the next few hours’. The Netherlands international impressed last term as his side retained their Eredivisie title. And Ole Gunnar Solskjaer is determined to bring him to Old Trafford as he eyes a shot at the Premier League title.

Manchester United are currently well-stocked in the middle of the park.

Bruno Fernandes, Paul Pogba, Nemanja Matic, Scott McTominay and Fred are all on the club’s books, while they also have Jesse Lingard and Andreas Pereira at their disposal.

But with Pereira and Lingard both struggling last term, United are eyeing more reinforcements.

It’s emerged over the past 24 hours that they’re hopeful of bringing Ajax star Van de Beek to Old Trafford and, now, Catalan newspaper Mundo Deportivo say United are set to announce Van de Beek ‘in the next few hours’.

The report says ‘everything indicates’ that the Ajax star will be moving to the Theatre of Dreams as their first signing of the summer. 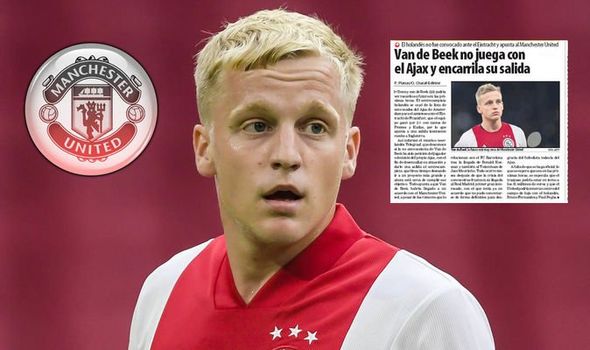 And, as a result, Van de Beek is expected to compete with Pogba and Fernandes for a starting berth in Solskjaer’s midfield next season.

It’s claimed that Barcelona won’t be bringing the Netherlands international to the Nou Camp, with Ronald Koeman previously hoping to reunite with a player he previously managed at international level.

And Barcelona and Real’s loss is set to be United’s gain, with Van de Beek likely to offer goals and assists to Solskjaer’s side going forward.

The midfielder sparkled for Ajax last season, scoring 10 goals and registering 11 assists across all competitions in total.

After United sign Van de Beek they’re set to turn their attentions to other areas, with a right winger and defender being eyed by the club. 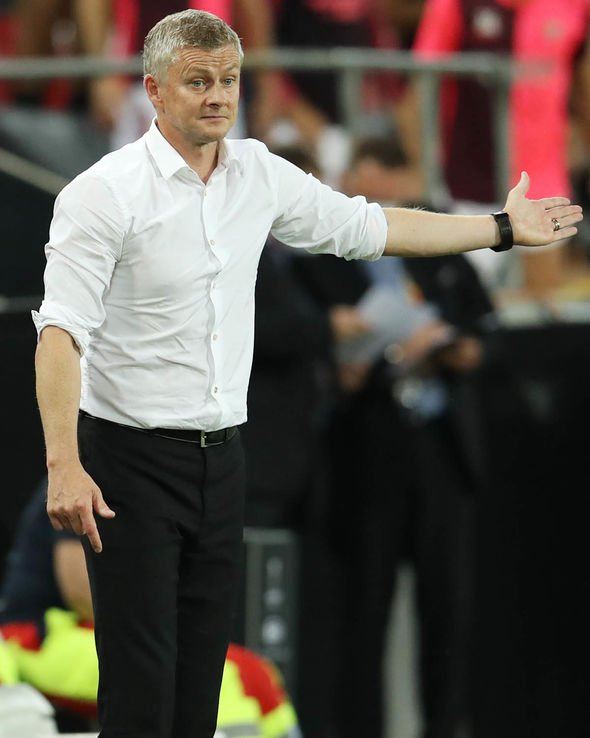 And, at the back, Alessio Romagnoli, Kalidou Koulibaly and Dayot Upamecano have been linked amid their fine displays for AC Milan, Napoli and RB Leipzig last season.

Solskjaer previously admitted that his United side needed further improvement if they’re to win the title, saying earlier in August: “We still have a way to go to get to the level of the teams at the top of the Premier League. They are too far ahead of us.

“We are still growing, getting better of course, but we are not the finished article. Nowhere near.

“We want to go as far as we possibly can in this tournament. I think we all realise we are in a special moment in history.

“But that will stretch all the squads and it means you need a big squad for next season.

“We are always working towards having a competitive squad and the challenge for us now is to take the next step.

“That means winning trophies and keep trying to close the gap to the top two teams.

“And we have also got to make sure that the teams who finished below us in the table stay behind us.”