Manchester United’s transfer plans for the summer have hit a snag, with reports claiming Borussia Dortmund are confident they will sign teenage sensation Jude Bellingham this summer. United were previously believed to be leading the way for the 16-year-old.

United could be about to miss out on another signing to Dortmund.

The Germans previously pipped United to the signing of Erling Braut Haaland after it was claimed the Red Devils were in the driving seat to sign him.

Dortmund paid the £18million needed to trigger the Norwegian striker’s release clause, and he opted to join them instead of head to the Premier League.

Now, they are prepared to do the same again with Bellingham.

JUST IN: Man Utd will miss out on Kalidou Koulibaly to PSG for one major reason 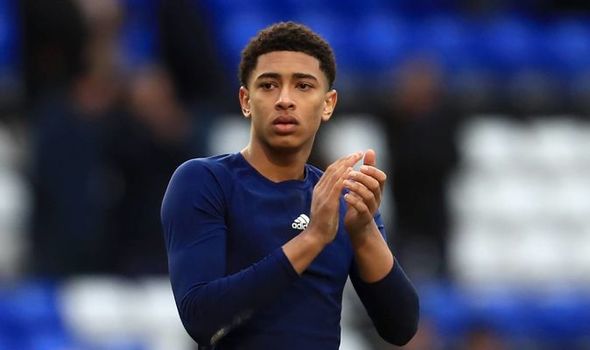 The Birmingham youngster is reportedly close to joining the Bundesliga side after being impressed with the setup in Germany.

The Daily Mail reports that he has closely followed the progress of Jadon Sancho in particular, and wants to follow in the same footsteps.

Sancho left Manchester City in 2017 before making a name for himself in Germany.

This season, he found the net 14 times, setting up 16 more in 23 league games before the season was suspended by the coronavirus pandemic.

And Bellingham is said to be a keen admirer of the way he has emerged as one of football’s most valuable talents by moving abroad to ply his trade.

The Mail reports that Dortmund are confident they can beat United to his signature, having established themselves as one of the best places for young players to prove themselves.

As well as Sancho, Haaland has skyrocketed himself into the elite bracket of players by scoring 12 goals in 11 games in all competitions.

However, Dortmund might not have things all their own way, after The Sun reported that United were leading the way for his signature. 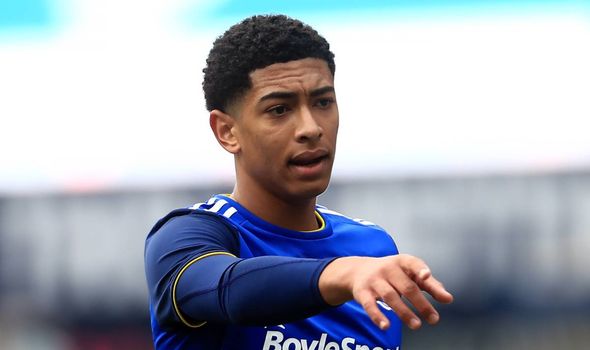 United invited Bellingham to their Carrington training facilities earlier this year and rolled out the red carpet for him in an attempt to woo the youngster.

Sir Alex Ferguson was in attendance to give the youngster a tour and convince him to join the Red Devils.

A source close to United told The Sun: “We felt that he was blown away with what he was shown and what was said to him by all.

“We believe he was impressed with what we can offer. We have a duty of care to young players and want to develop them.”