Usain Bolt will now support Manchester United as well as Aston Villa according to the club’s latest signing Leon Bailey.

The 23-year-old completed his £30 million move to Villa from Bundesliga club Bayer Leverkusen on Wednesday, and says he will be supported in the Premier League by the eight-time Olympic gold medallist.

Bolt is already a fan of United and regularly went to matches at Old Trafford before the pandemic, however Bailey insists his fellow Jamaican will now follow Villa as well. 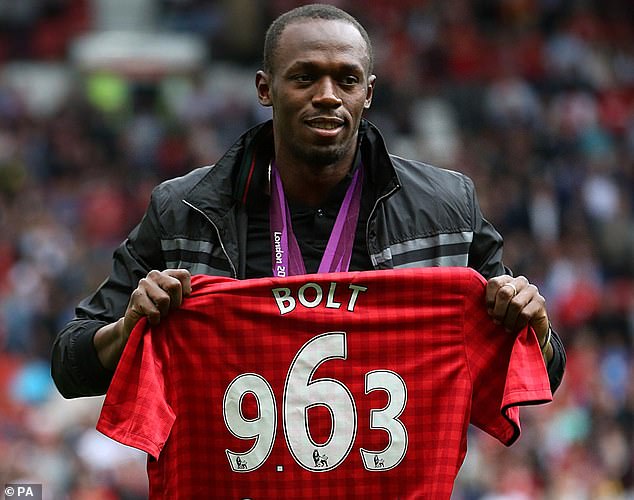 ‘Anywhere I go he (Bolt) is going to be a fan so of course right now, he is a Villa fan,’ he told VillaTV. ‘I don’t need to make him, he automatically becomes a fan of the club.

‘I have known him for a long time. He is a good friend of mine and an inspiration. I am sure he will want to come and see Villa against Manchester United.’

Bailey has emerged as one of German football’s best talents in recent seasons, scoring 39 goals and notching 26 assists in 156 appearances for Leverkusen.

Villa fans will be hopeful the Jamaican winger can reproduce his form in the Bundesliga, as the club chase a place in Europe this season and Bailey is eager to test himself in England’s top flight. 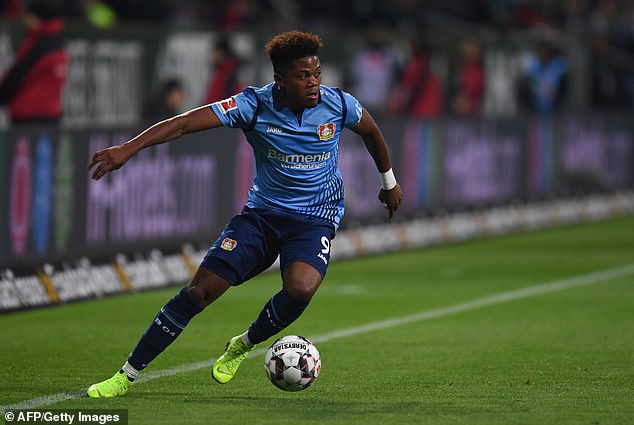 ‘For me, it’s a great club with a big history and it’s the right step for me. I’m excited to get started,’ said Bailey. ‘It’s always been somewhere that I’ve wanted to play. I feel like now is the right time and I’m excited about it.

‘Hopefully I can do what I do best and have a great season in the Premier League.’

The Jamaica international could be in line to feature in a pre-season friendly against Sevilla on Saturday, depending on how quickly he settles in Villa’s training camp.

Bailey will be in contention to make his Premier League debut in Villa’s opening fixture of the new campaign against Watford on August 14.

Nigel Pearson strikes a deal to stay on as Watford manager