Manchester United go into their Champions League clash against Paris Saint-Germain as a team very much on the up. The Red Devils have overcome a nightmare start to the new season to record four wins on the trot, the latest coming against Southampton on Sunday. And, in Bruno Fernandes and Edinson Cavani, they have a double act their European opponents should be fearful of.

They beat the Ligue 1 titans 3-1 when they met in 2019, with a brace from Romelu Lukaku and a late Marcus Rashford penalty sending them through to the quarter-finals of the Champions League on that occasion.

And, earlier this season, United caused another upset.

They won 2-1 at the Parc des Princes with Rashford again the hero of the hour, with the England international’s powerful low strike enough Keylor Navas giving his side all three points.

In the aftermath of that contest, United blew hot and cold. 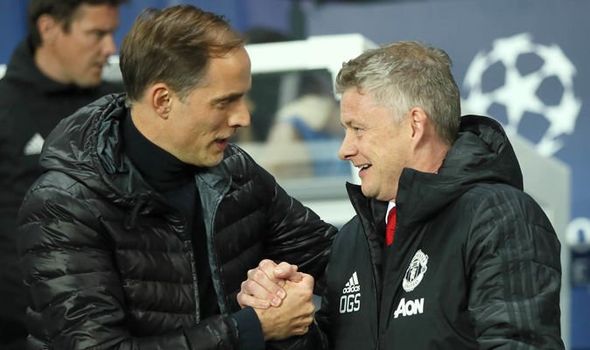 But with four straight wins under their belt they appear to have turned a corner, with Ole Gunnar Solskjaer now hopeful they can continue their recent improvement.

And, during that run, Fernandes and Cavani have become quite the double act.

Both players have become leaders, warriors, dragging the Red Devils out of the dark and into the light. Without them, Solskjaer may very well have lost his job by now.

When United met Everton in November, it had the makings of another rough afternoon. It was, after all, the same fixture that put the final nail in David Moyes’ coffin six years ago.

But Fernandes was unplayable that day, at his blockbuster best. He scored twice before laying on the assist for Cavani, who broke his duck in English football. 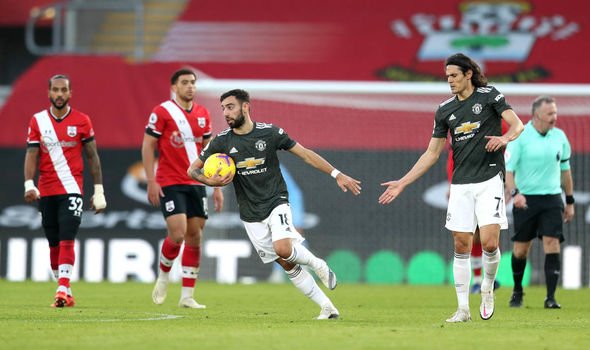 The duo linked up again impressively in the recent 4-1 win over Istanbul Basaksehir, too, with Fernandes bagging another brace.

But, on Sunday against Southampton, there were the clearest indication yet that they’re a terrific double act in motion.

Cavani was thrown on at the interval, replacing Mason Greenwood. He had to wait a little while to come on, having not been ready in time, but soon made up for that.

The Uruguay international found Fernandes lurking in the penalty area with a fine delivery, with the Portugal star then spinning and rifling home from close range.

Fernandes then found Cavani, albeit unintentionally, with a deflected strike. The former PSG hitman threw his head on the end of it, suggesting he was anticipating the move.

It was Marcus Rashford who assisted the 33-year-old for his dramatic late winner, with Cavani stooping low to head home and break Southampton hearts in the process.

And PSG should now fear the pair, especially if they both get the nod for the showdown at Old Trafford on Wednesday night.

They’ll know all about Cavani, who scored 200 goals from 301 appearances during his glittering spell at the Parc des Princes.

And with Fernandes on a run of six goals from his last four matches, they’ll be out to stop the Red Devils’ Portuguese magnifico on Wednesday evening.

United require just a point to make the knockout stages of the Champions League, a trophy they’ve not won since 2008 when Sir Alex Ferguson ruled the roost.