Manchester United have Jadon Sancho on a list of four attacking transfer targets, reports say. It’s an open secret that the Red Devils want to sign the Borussia Dortmund star, who has impressed in the Bundesliga this season. And they also have Jack Grealish and two others on their radar.

Manchester United appear to have turned a corner under Ole Gunnar Solskjaer before the coronavirus crisis brought football to a crashing halt.

The Red Devils were on a hot streak, winning eight of their last 11 matches in all competitions and failing to lose since their 2-0 defeat to Burnley in December.

Now, Solskjaer and United are planning ahead as they eye a shot at the Premier League title next season.

And ESPN name Sancho and Grealish among four attacking targets for the Red Devils as they look to reel in the likes of Manchester City and Liverpool.

Dortmund star Sancho has been sublime this season, scoring 14 Bundesliga goals and clocking up 16 assists.

For United they think he’s the heir to Cristiano Ronaldo’s throne, having struggled to replace the Portugal international since his move to Real Madrid in 2009. 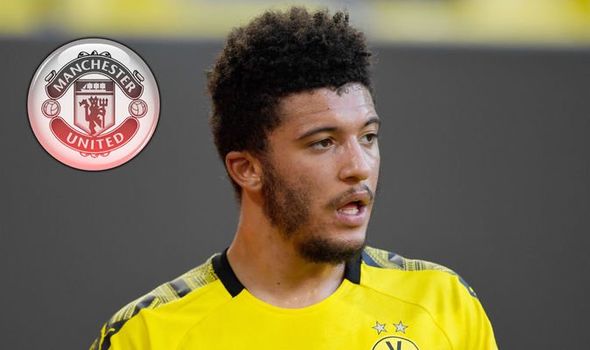 Regarding Grealish, United feel he can flourish in attack.

Any move is likely to hinge on what happens with Paul Pogba. The France international remains on the radars of both Real Madrid and Juventus ahead of the summer transfer window.

But, should Pogba go, Grealish is seen as the ideal replacement.

Other attacking targets for United include Moussa Dembele and Timo Werner, of Lyon and RB Leipzig respectively. 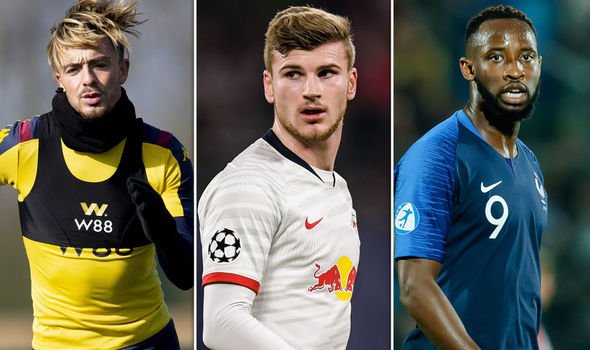 Dembele was in fine fettle before French football grinded to a halt, scoring 16 Ligue 1 goals.

Werner, meanwhile, has struck 30 for Leipzig across all competitions following the appointment of Julian Nagelsmann as manager.

Who United ultimately start next season with, though, is something only time will tell.

Solskjaer and the Red Devils are looking to exploit the transfer market when the window reopens as they plot the next stage of their Old Trafford rebuild.

And speaking earlier this month, the Norwegian admitted it would be a ‘new world’ out there following the coronavirus crisis.

“We’re always looking to improve the squad,” said the Norwegian.

“Today’s world is different to what it was two months ago.

“We’ve got to adjust, adapt, there’s clubs out there struggling more than us financially.

“It’s a new world, and I think the transfer market this summer will be completely different to what anyone thought it would be.”