Manchester United legend Rio Ferdinand has admitted he and Wayne Rooney had a sneaky conversation questioning whether Patrice Evra and Nemanja Vidic were good enough for the club. Evra and Vidic both moved to Old Trafford back in January 2006. And they overcame rocky starts to emerge as vital assets for the club during the years Sir Alex Ferguson ruled the roost.

Evra helped Monaco reach the Champions League final in 2004, where they were beaten by Jose Mourinho’s Porto 3-0.

He moved to United as a backup to Gabriel Heinze and struggled at first, enduring a rough afternoon as they fell to a 4-0 defeat to Manchester City.

Vidic, meanwhile, moved to United from Spartak Moscow in January 2006 as well.

And, like Evra, he endured a rocky beginning to his Old Trafford career.

Both players were able to overcome their critics, however, winning a combined 10 Premier League titles throughout their stints at the Theatre of Dreams.

And Ferdinand, speaking to United’s official website, has admitted he and Rooney had a conversation about whether the duo were good enough.

“I had a conversation with Wayne Rooney – a couple of times, actually – about both Vidic and Patrice Evra, who had joined at the same time,” he said. 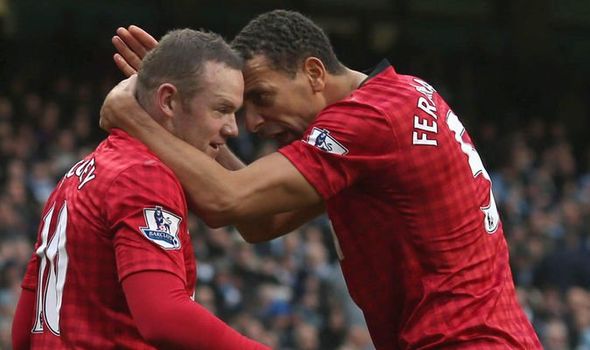 “We were both basically saying: ‘Wow, how have we signed these two?’ Wayne was playing against Vida in training and he was quite clear on Vida’s issues: he wasn’t strong enough, wasn’t aggressive enough, just didn’t seem like a Man United player.

“In fairness, it wasn’t the easiest time to be joining us either.

“You’ve got to remember the turmoil we had with Roy Keane leaving a couple of months before Vida arrived.

“That’s a big personality who’s left the training ground and in that period there was a little sense among the players of: right, where are we going now?

“What’s the direction? Who leads the changing room? Who’s the manager building the team around? The team had been built around Roy for many years, he was one of the main cogs in the machine that ran the place, so who was going to fill those shoes?

“Michael Carrick came in a few months later, but in the immediate aftermath of Roy’s departure you had to consider: are we looking for a like-for-like replacement? Do we need a personality like Roy to be successful?

“A lot of questions needed answering during that period when Vida joined, so it wasn’t a great time to come in.” 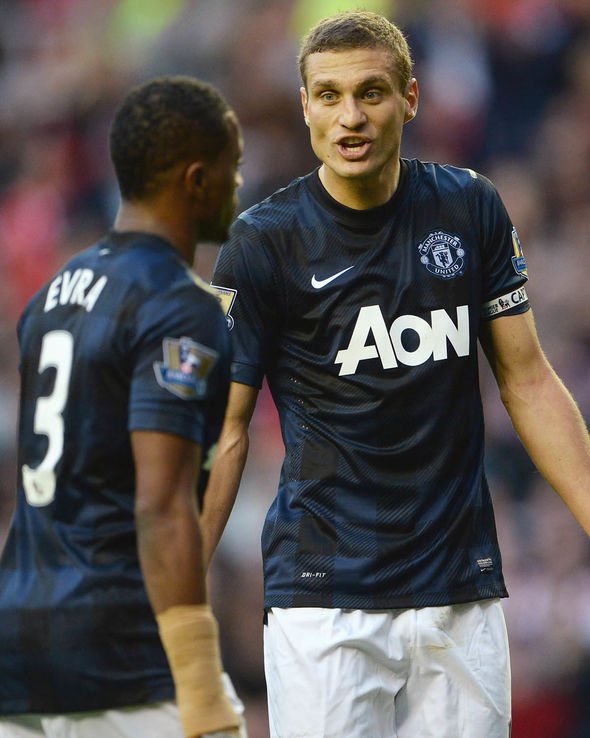 Ferdinand then went on to label Vidic as ‘formidable’ with the duo arguably the best centre-back pairing the Premier League has ever seen.

“The best word to describe the player Vida became is… formidable,” he said.

“You could see strikers going up with him, thinking: ‘Oh god, he’s gonna smash me.’

“He’d go to head the ball and head you. Vida had the most bloody noses I’ve seen out of anybody I’ve ever played with – even in his last game for United he walked off the pitch with a bloody nose and that just epitomised him!

“He was just fearless. He saw the ball, nothing else.

“If you compare him to me, I never broke my nose in football, ever. I might have a big nose but I never broke it because I made sure I protected myself.

“And you need that in your team. You need players who are prepared to hurt themselves at any given time to get yourselves over that white line.

“Vida had a determination and drive to be the best. He wouldn’t tell you this or probably admit it to anyone, but he was definitely competitive in that he wanted to be the best defender at the club.

15 years on from Messi's first Barca goal, where are his team-mates?

After Man Utd struggles, Januzaj is fulfilling potential at Sociedad