Manchester United hero Rio Ferdinand believes Ole Gunnar Solskjaer and Ed Wooward should try and sign Wolves striker Raul Jimenez this summer, because the Mexican can offer something the current crop of players can’t. Jimenez has bagged 26 goals this season, including 17 in the Premier League, and has been tipped to move away from Molineux this summer.

Jimenez added to his goals tally last week with one of his better strikes of the season.

In last week’s trip to Burnley, Jimenez smashed home his 17th of the league season in spectacular style.

After Adama Traore picked up the ball in the Wolves half and ran with it at pace, he played the ball out wide to Matt Doherty, who saw his shot deflect off James Tarkowski.

Jimenez, reading the path of the ball, angled his body and met the ball beautifully to volley into the top cornet from the edge of the area. 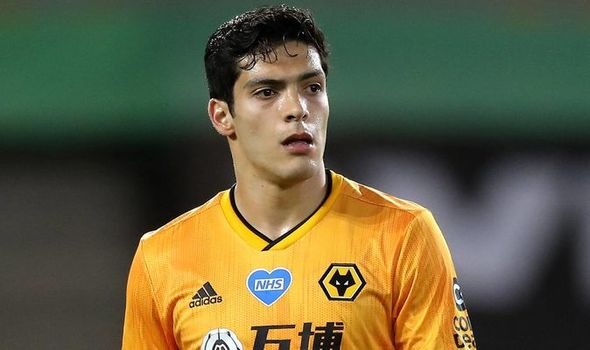 The 29-year-old Mexican has been praised for his contributions to Wolves’ season so far, in particular his versatility.

Jimenez, at 6’1″, can be used as a target man, but his pace allows him to sprint past defences with ease whenever he chooses.

His heading ability has seen him find the net multiple times from the air, while his finishing on the ground is just as impressive.

And Ferdinand believes a player with Jimenez’s skillset would fit in perfectly at United, because he provides something Solskjaer doesn’t currently have in his side.

Speaking to BT Sport, he warned Wolves that they will probably have to fend away offers from some of the biggest clubs in Europe this summer.

“I think Wolves will do well to keep hold of him,” Ferdinand said.

“I think he’s a player with immense talent and I think his goalscoring record over the last two years has been really good.

“Before that his record was a bit shady, but he has come to the Premier League and hit the ground running. He’s been a breath of fresh air. 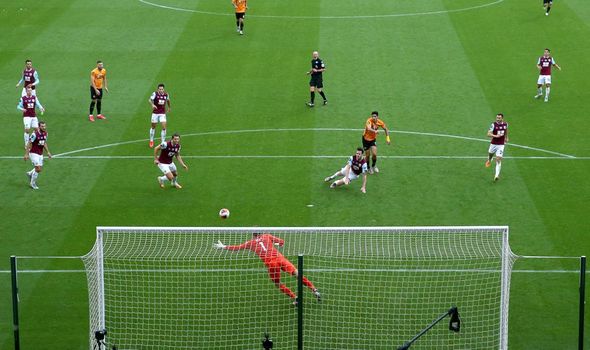 “As you can tell, he seems a great character around the place, and for a top club, I wouldn’t be surprised if they are sniffing.

“We’ve seen it in the media reports in the last few days that clubs are looking.

“I wouldn’t say no at all. I think he’s something different to what they’ve got.

“What I like about him is he scores all types of goals. He’s at the back post heading things and bullying defenders, and he can score tremendous goals like that (against Burnley) out of nothing.”